New giant Christ statue, taller than Rio's, to be built in Brazil 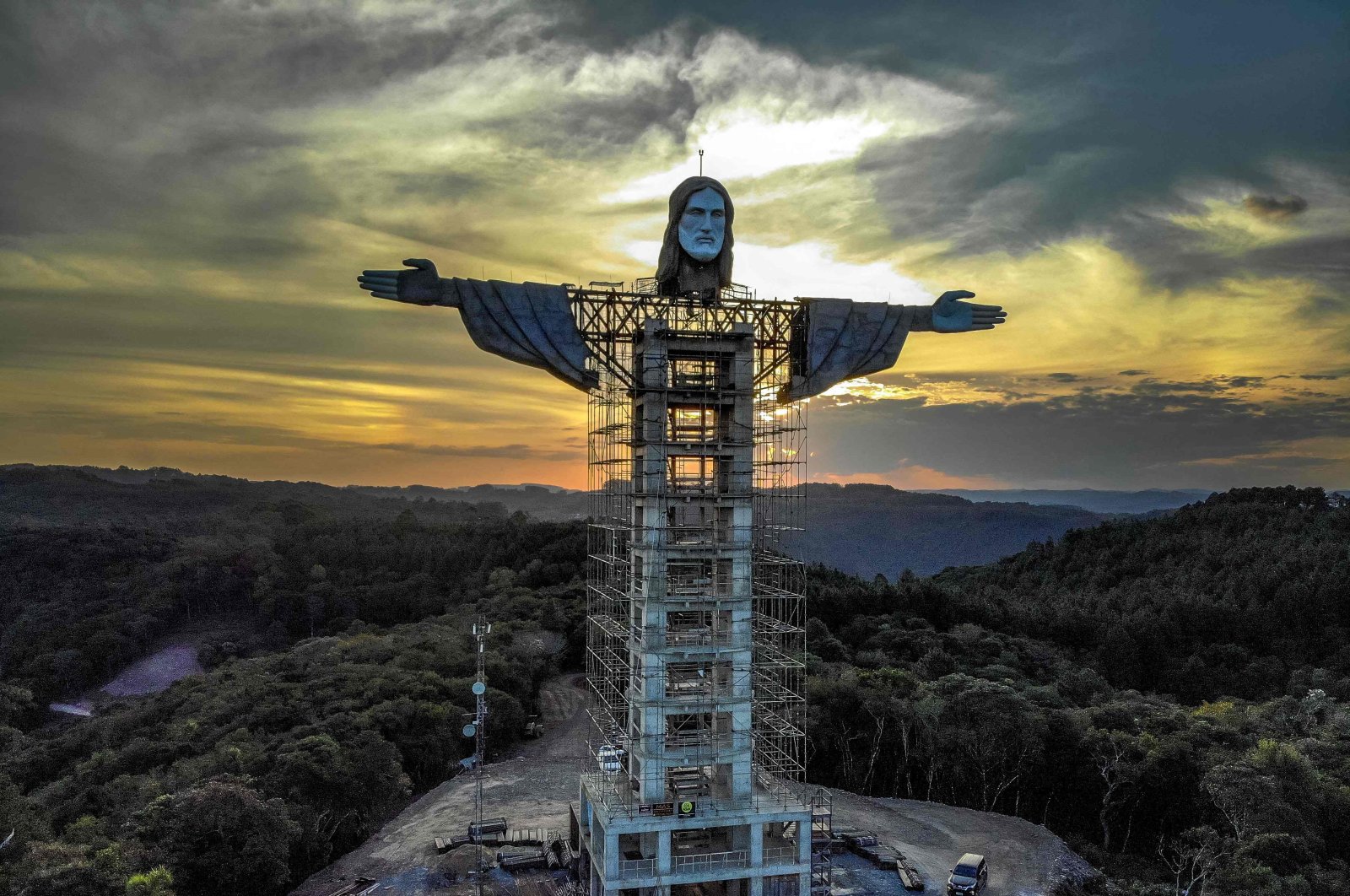 A giant new statue of Christ, that is going to be higher than the iconic Christ the Redeemer statue that overlooks Rio de Janeiro, is being constructed in southern Brazil.

A head and outstretched arms were added this week to the statue, which has been under construction since 2019 in the city of Encantado, in the state of Rio Grande do Sul.

Completion of the monument is scheduled for late this year, according to the Association of the Friends of Christ, which is coordinating the work.

"It is a day for celebration, for devotion," said Gilson Conzatti, a local councilor and son of Adroaldo Conzatti, the politician who conceived the idea.

The elder Conzatti, who was the city's mayor, died in March from complications of COVID-19.

The statue, to be named Christ the Protector, will stand 43 meters (140 feet) tall, including its pedestal, making it one of the world's tallest statues of Christ with outstretched arms.

It will measure 36 meters from hand to hand and will have an interior elevator and an observation deck near the top.

Christ the Redeemer, in comparison, measures 38 meters high, pedestal included, and spans 28 meters hand to hand. It will mark its 90th birthday this October.

The project is intended to both inspire faith and encourage tourism to the area, its promoters say.

A father-son team of sculptors, Genesio and Markus Moura, are overseeing the work.

The project's budget of 2 million reals ($350,000) is being entirely financed through donations, according to the volunteer-based Association of the Friends of Christ.

The group is continuing to raise funds. Its website even features the raffle of a car.