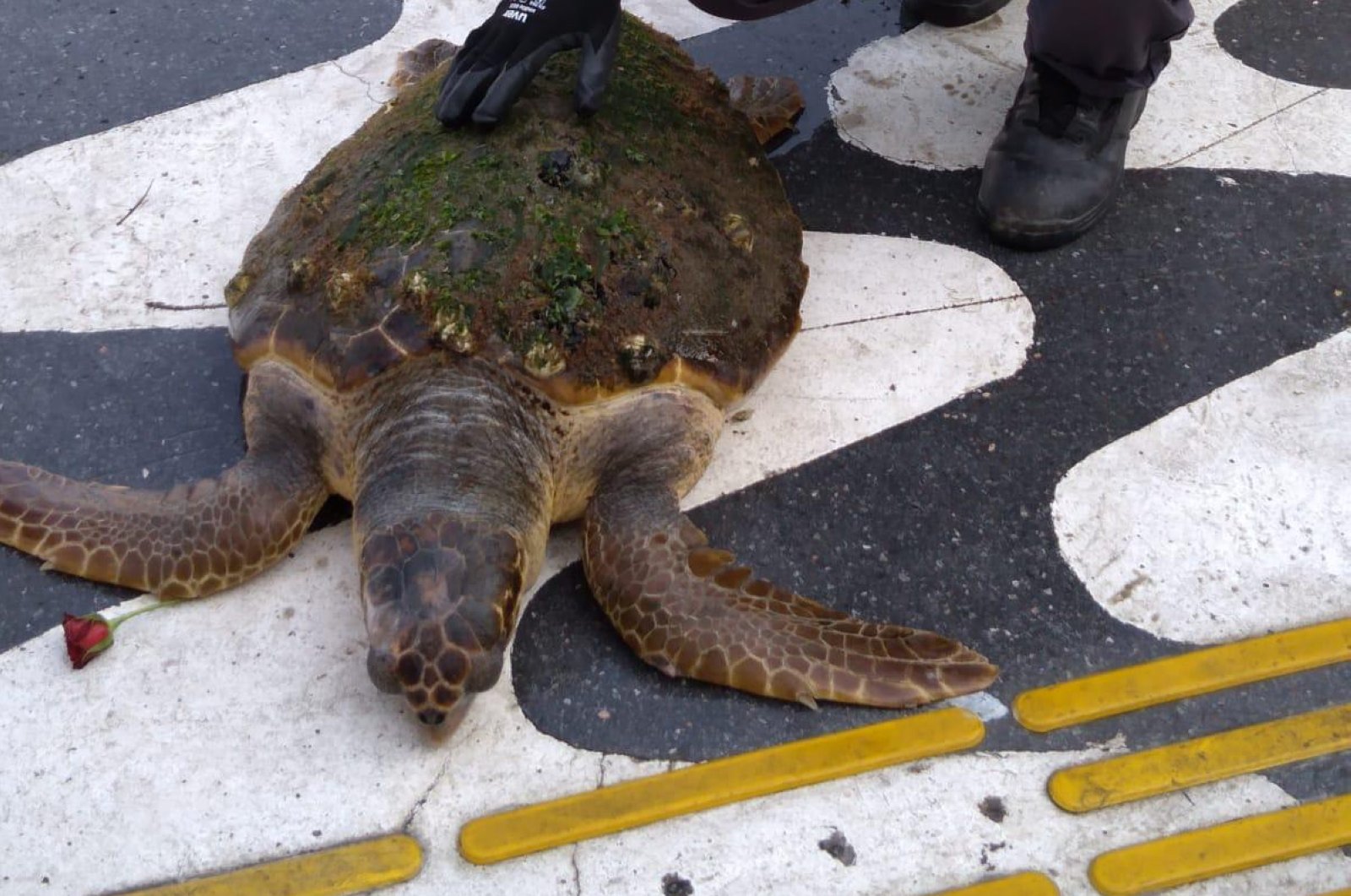 An exhausted endangered loggerhead sea turtle (Caretta caretta) that ended up in the Gulf of Izmir off western Turkey’s Aegean shore was rescued by municipality workers.

The turtle was found near Pasaport Pier by the Gulf Cleaning Teams of the Izmir Metropolitan Municipality Climate Change and Environmental Protection Control Department.

The sea turtle, estimated to be about 20 years old, was brought immediately to the Izmir Wildlife Park in Sasalı to rest and recover.

Şahin Afşin, the director of the Izmir Wildlife Park, told Anadolu Agency (AA) sea turtles sometimes lose their way and end up along the shore in the gulf.

“The shores are risky due to (the threat posed by) the propellers of the sea vehicles. Fortunately, it was noticed and saved,” Afşin said. He added that the loggerhead weighed 29 kilos (64 pounds) and was 68 centimeters (27 inches) in length.

The sea turtle will be sent Monday to the Sea Turtles Research, Rescue and Rehabilitation Center (DEKAMER) located in the Dalyan district of Muğla, Afşin added.

Loggerhead sea turtles, also known by the scientific name Caretta caretta, are among the species on the IUCN Red List of Threatened Species.