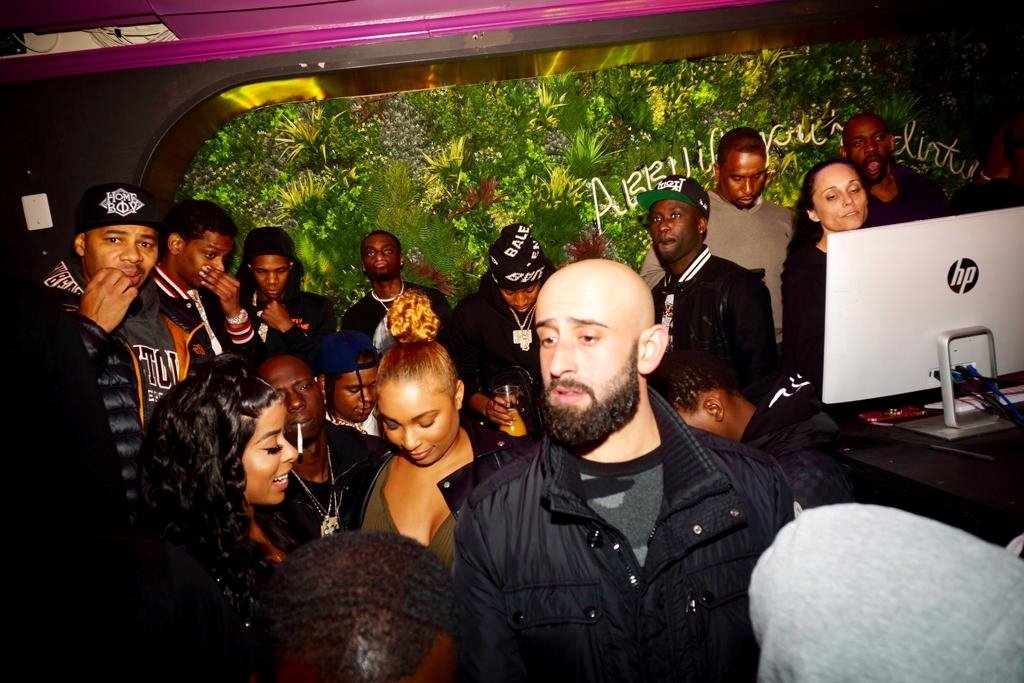 Safety is an essential part of life, and for celebrities and public figures it can be hard to come by so they turn to the likes of Burak Şahiner, a Turkish private security detail. Şahiner’s job is a dangerous line of work, particularly in the U.S., but he believes it is a necessary one.

Burak Şahiner provides security to American celebrities through his private security firm in Washington, D.C. Among his clients are Hollywood A-list artists with millions of followers, the most famous of which include rappers Cardi B, A Boogie wit da Hoodie, Asian Doll and YBS Skola. As well as being responsible for the rappers’ safety, Şahiner also lends his acting skills to feature in their music videos.

Coming from a humble upbringing, Şahiner believes he also represents Turkish people thanks to his business.

“(Mine) is the only security firm owned by a Turkish national. I provide security to many American celebrities. Particularly, African American rappers request my services when they feel a need for a personal bodyguard,” he told Demirören News Agency (DHA). “This is how I earned my reputation. Those who forget my name, honor me by saying ‘I want that Turkish bodyguard to work with me,'” he added.

It is not only rappers who require security though, and Şahiner provides his services to a wide range of clients including NFL players, NBA players, comedians, actors like George Clooney and even George Floyd’s family and lawyers. He also works as a security detail for Turkish official delegations while they visit the U.S. capital, helping the coordination between them and the U.S. Secret Service and the police force.

Şahiner pointed out the difficulties and risks associated with his profession and said that he has encountered many unpleasant incidents while on duty.

“Unfortunately, our job is a dangerous and stressful one. We come face to face with the risk of death almost on a daily basis because the people we protect are important figures and people in the public eye. I have lost colleagues and employees in armed assaults against our clients.”

Şahiner stated that although carrying firearms is banned in the capital district, criminals can acquire weapons on the black market.

“There are firearms sold illegally in Washington, D.C., and we have had incidents in the capital where we have been assaulted with firearms,” he says but adds: “In spite of these hardships, we continue to serve honorably thanks to our professional training and our mothers’ prayers.”

In the end, security is not the most bothersome part of his life, according to Şahiner.

“One of the biggest problems I have is popular singers from Turkey reaching out to me and asking me to broker a deal or an album between them and the artists that I protect. This is a professional occupation, I am responsible for these people’s lives, security and safety. I need to maintain my professionalism. So, I smile when I see these requests but am also frustrated.”