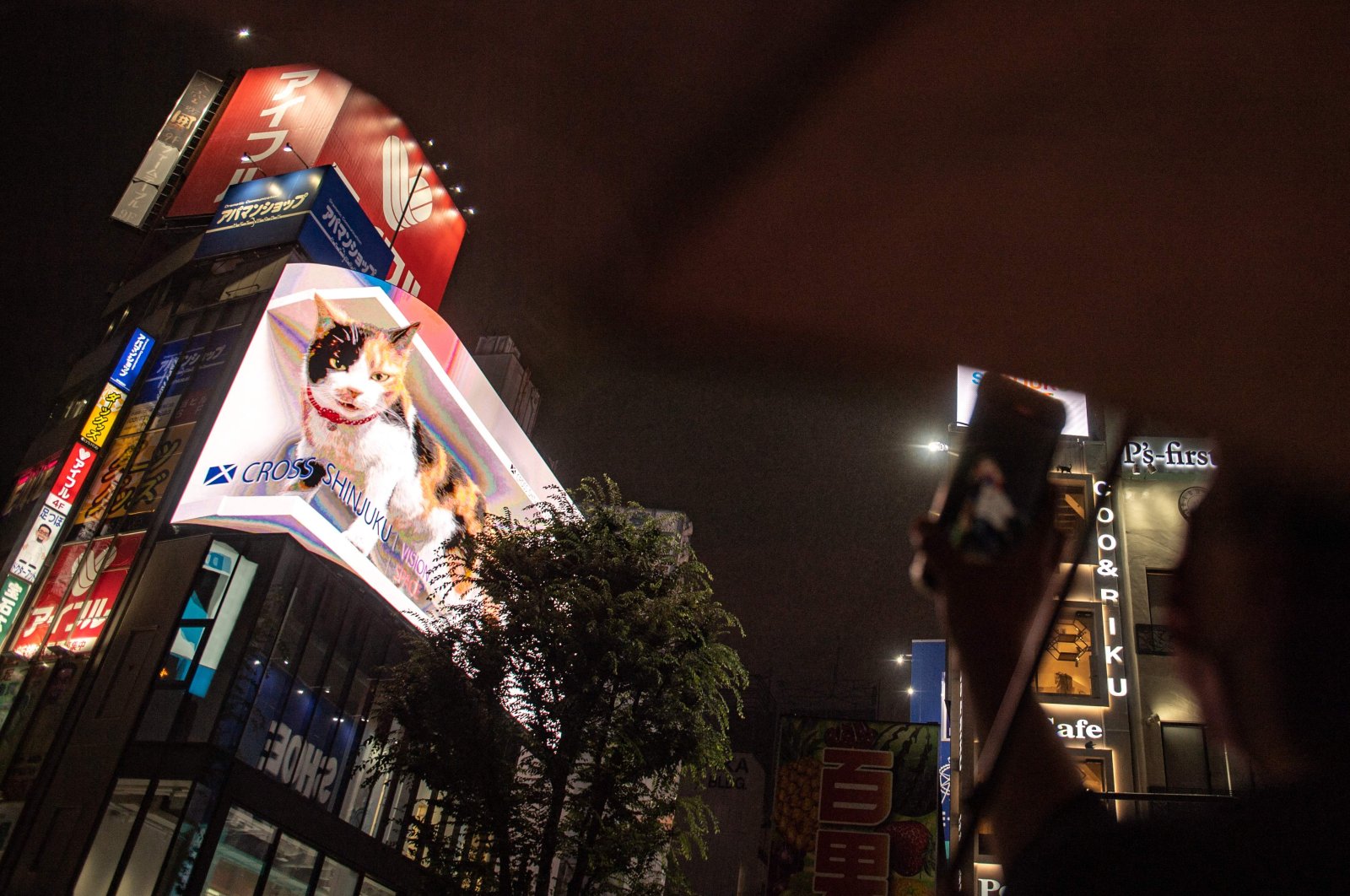 A pedestrian takes pictures of a giant cat on a screen in Tokyo's Shinjuku district as Japan announces a new virus-related state of emergency for the Tokyo Olympics, Tokyo, Japan, July 8, 2021. (AFP Photo)
by French Press Agency - AFP Jul 12, 2021 2:32 pm

This surely isn’t the weirdest nor the most neon-filled inspiration to come out of Japan, but it is sure to turn heads. In something that would be at home among Blade Runner’s giant holographic ads, a giant 3D cat sleeps, meows and looks gingerly down upon the crowds beneath its paws in Tokyo’s Shinjuku.

The white, black and orange feline appears between adverts on a new digital billboard in Shinjuku, one of the Japanese capital's busiest shopping and transit areas.

It officially launched on Monday but has been making teaser appearances for several days, quickly drawing flocks of smartphone-clutching fans.

"He looks much more real than on YouTube. He's a beauty! And he is much bigger than I thought," university student Nanami Isawa told AFP.

The cat gets its uncanny three-dimensional appearance from the curved 4K LED screen, which is nearly 155 square meters (1,668 square feet) in size.

Student Emine Atajanova said the cat was "so cute", adding that it looked larger and more impressive in real life than online.

"Actually, it looks really real. I feel like when you look at social media, and the difference ... it's really pretty," she said.

Another passer-by, who gave his name as Ryusuke, also said he was charmed by the creature: "It's nice that it's purring. I like it."