Quick tips to get your cat into carrier before going out 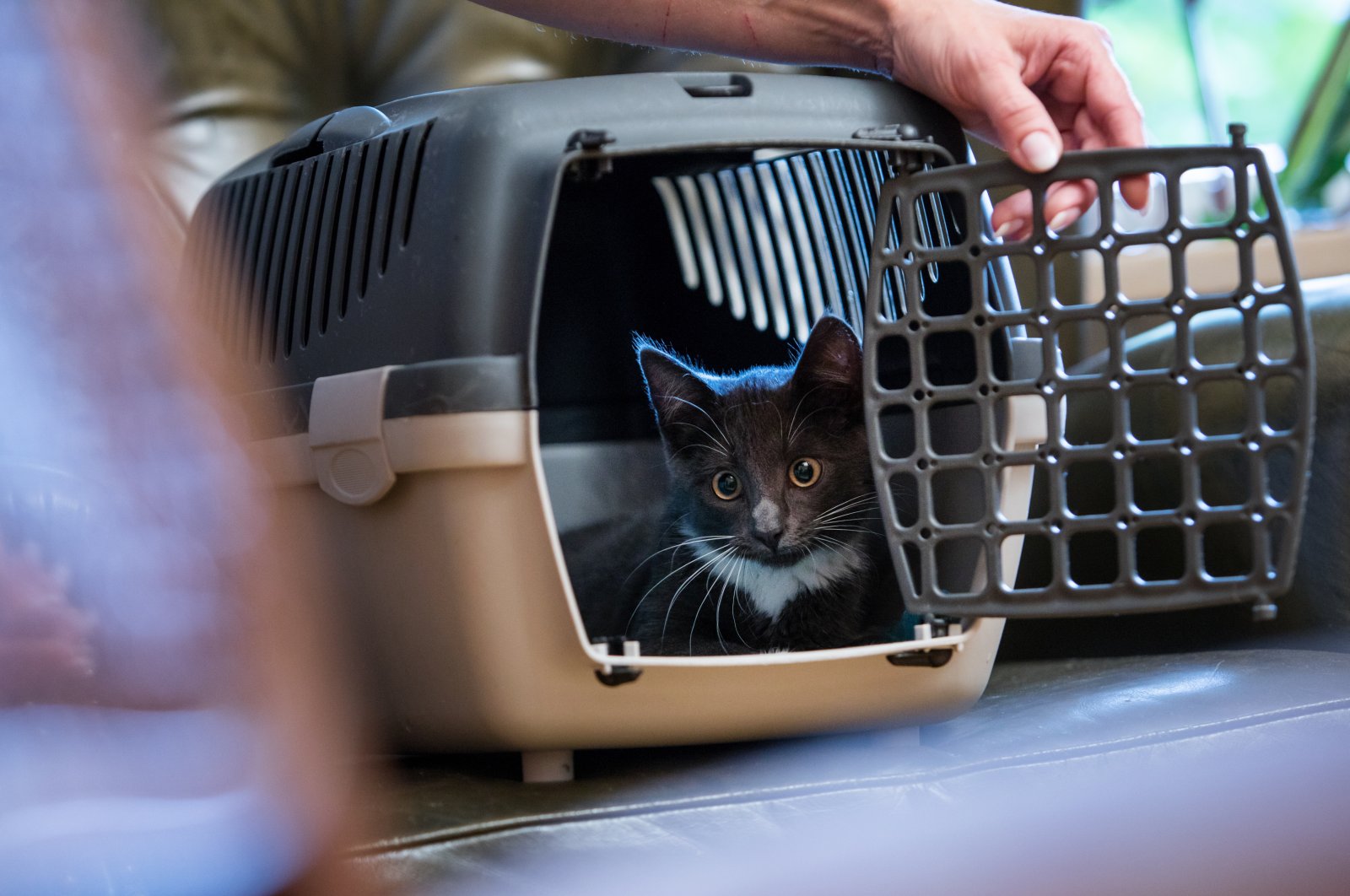 If you're planning a trip to the vet, then suddenly cramming your cat into a carrier box may just end up in someone getting scratched. It helps to prepare your cat a few days in advance, July 12, 2019. (DPA Photo)
by Daily Sabah with DPA Jun 23, 2022 3:11 pm
RECOMMENDED

Getting your cat into its carrier can be a challenging task as they are usually the happiest in their home.

Ahead of a holiday or a vet appointment, they might need some convincing to leave their usual habitat, however, as new environments tend to stress them out.

If you aren’t one of those people who have trained their cat to walk on a leash, cat carriers are usually your best option to get your pet from A to B – though that still doesn’t mean it’s going to be easy.

Not so fast, miaows the kitten, resisting fiercely as you try to maneuver it into the transport box.

According to veterinarian Tina Hölscher, the most important thing when trying to get a cat into its carrier is keeping calm. You should start feeding the cat inside the box a few days before you intend to use it, she recommends. Thanks to this positive experience, the cat will begin to like the carrier, the expert says.

”On the day of departure, also feed the cat inside the box, and once it’s inside, close the door,” says Hölscher.

The vet also recommends lining the carrier with a slip-resistant mat, for example, a doormat, which will improve the cat’s sense of security.

For the same reason, you shouldn’t stuff the box with too many toys, as they tend to roll around during the journey, which might upset your pet, according to Hölscher.

During the drive, cover the carrier with a blanket, as cats feel safer in the darkness, says the vet.

Meanwhile, though it might sound like a good idea, you should avoid talking to the animals while on the road. “Reassuring chatter from the owner is useless,” says Hölscher. It’s best to leave the cat alone and concentrate on taking curves as smoothly as possible, to minimize further stress.