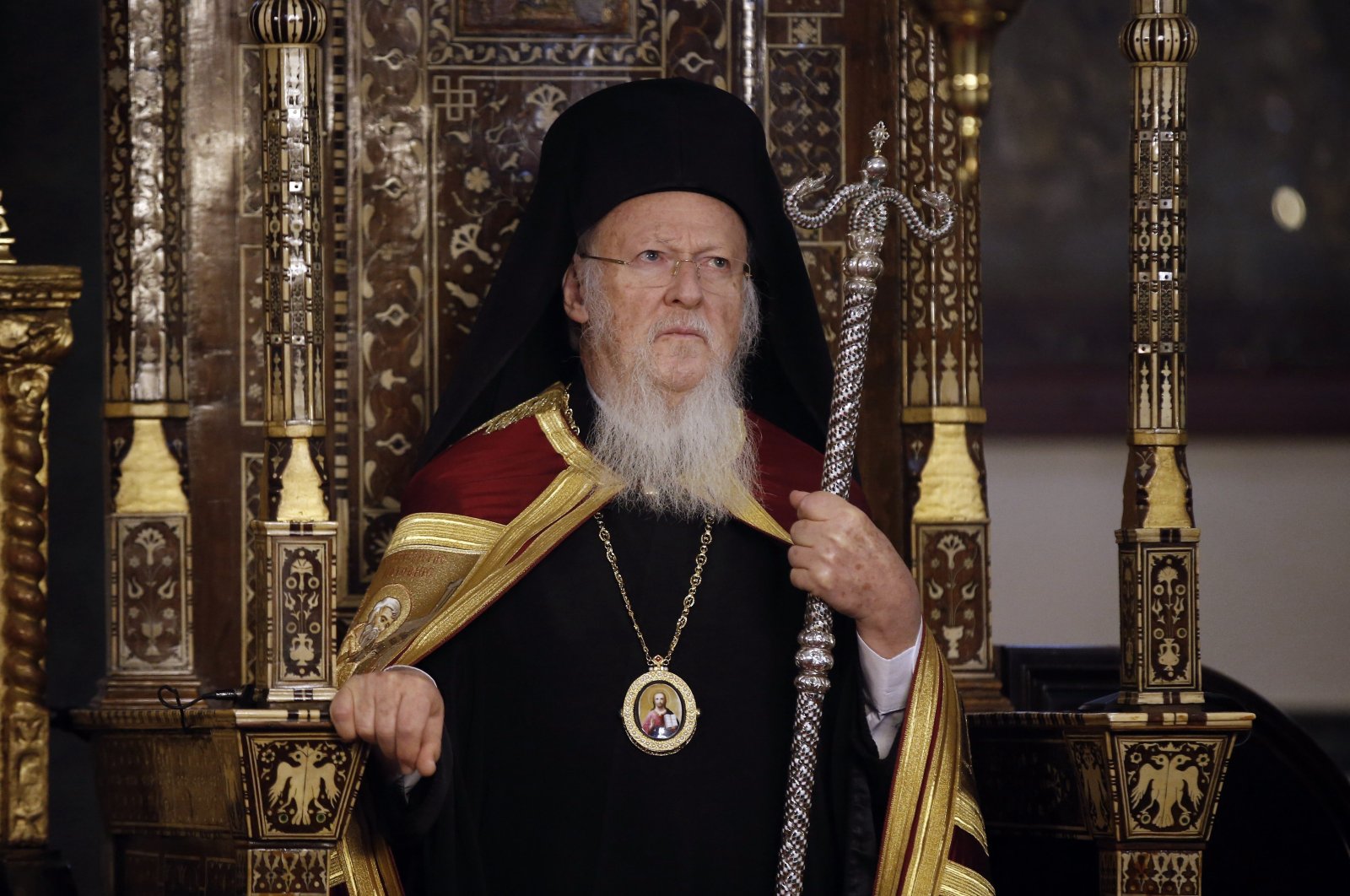 In this Wednesday, Jan. 6, 2016 file photo, Patriarch Bartholomew I listens during an Epiphany ceremony at the Fener Greek Patriarchate in Istanbul, Turkey. (AP Photo)
by Daily Sabah with Reuters Mar 19, 2020 3:07 pm
RECOMMENDED

The Greek Orthodox Patriarchate has ordered churches to halt services and rites until the end of March in response to the spread of the coronavirus, it said in a statement issued Wednesday.

"Today we universally declare our ecclesiastical resolution and mandate to cease all divine services, events, and rites, with the exception of private prayer in churches that will remain open, until the end of March," the Istanbul-based patriarchate said.

The patriarchate is deemed ecumenical and the patriarch is regarded as the spiritual leader of some 300 million Orthodox Christians worldwide.

It appealed to everyone to limit their outings and travels to what is necessary, remaining in their homes for their own safety and the protection of the general public.

"The Ecumenical Patriarchate is monitoring the situation with an urgent sense of responsibility towards its faithful and all people," it said, adding that the halt to services would later be reassessed in line with the pandemic's development.

Monasteries will continue to hold regular religious services for their monastic communities, but outside pilgrims and visitors will not be permitted entry, it said.

The Patriarch Bartholomew and clergy will pray for the whole world and "for its speedy relief from this trial," it added.

The move came amid a rise in cases in Greece and Turkey. Greece reported 31 more coronavirus cases Wednesday, bringing the total number of people infected in the country to 418. It has reported five deaths.

Turkey has thus far recorded two deaths and a total of 191 cases.