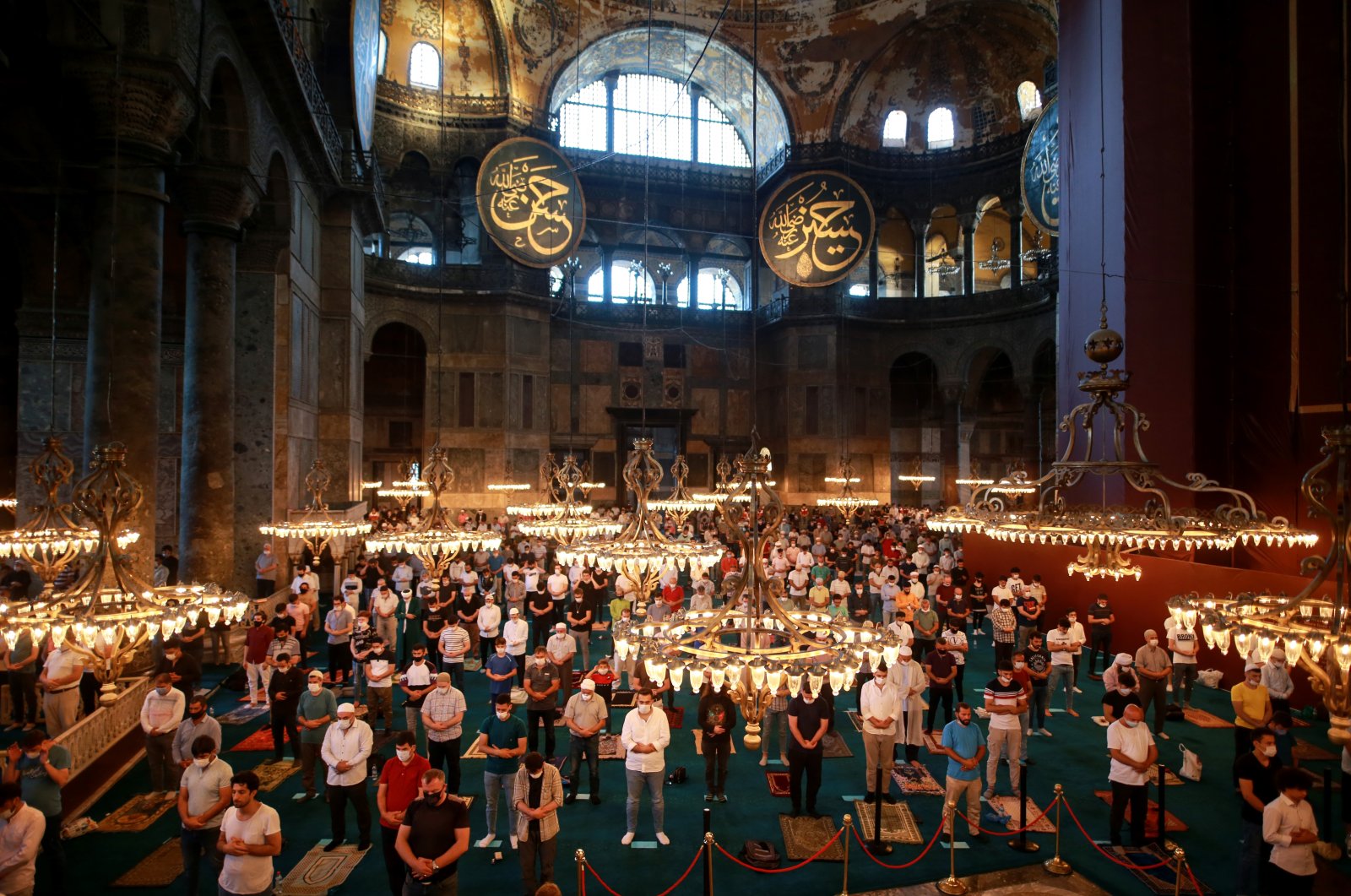 The first Bayram prayers at Hagia Sophia in 86 years was led by the head of the Presidency of Religious Affairs (Diyanet) Ali Erbaş.

Coming from all over the country, thousands of people filled the Hagia Sophia, as well as the streets surrounding the historic landmark in Istanbul.

On July 10, a Turkish court annulled a 1934 Cabinet decree that transformed the Hagia Sophia into a museum, paving the way for its use as a mosque.

Two weeks after the court’s ruling, the first prayer at Hagia Sophia was held with the attendance of some 350,000 people, as well as top political figures in Turkey, including President Recep Tayyip Erdoğan.

On Friday, Muslims marked the beginning of Qurban Bayram, a four-day holiday marking the end of the hajj and the second most important religious festivity after Ramadan Bayram, also known as Eid al-Fitr.

Like Ramadan Bayram, this festival is a time for sharing gifts and food among friends and family members as well as with the poor. The sacrificed animal's meat is usually divided into three parts – one part for the family, another for relatives and the final part is for people in need.

To sacrifice an animal, it is important to follow specific Islamic rules throughout the entire process to ensure that the animal is suitable for sacrifice. It is highly advised that the animal be cut by professionals at a specified location. Muslims may also donate their sacrifice to non-governmental organizations (NGOs) or other charitable organizations.