Reporter lied to get Princess Diana interview, BBC covered it up: Report 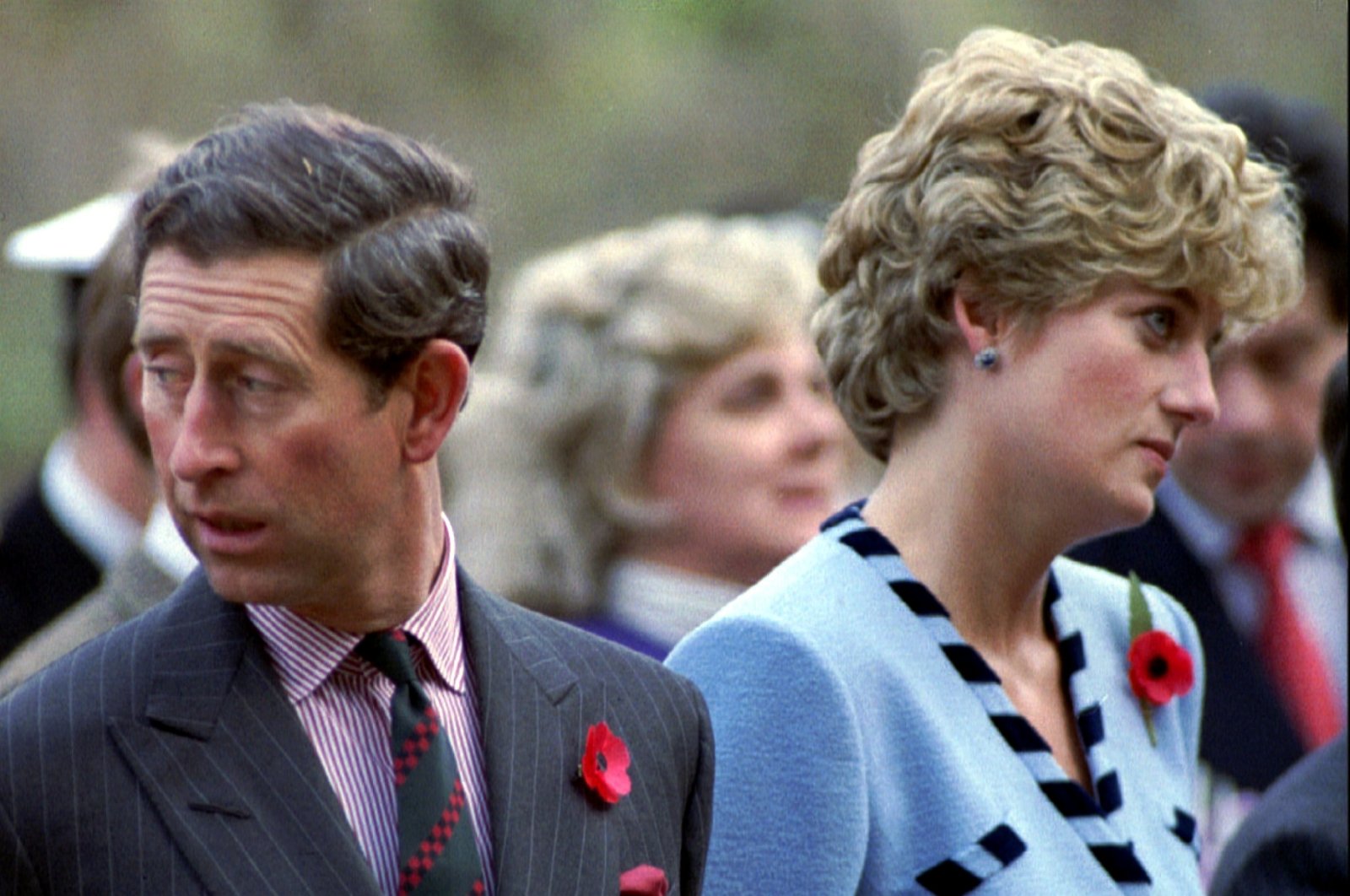 Princess Diana and Prince Charles look in different directions during a service held to commemorate the 59 British soldiers killed in action during the Korean war, Nov. 3, 1992. (Reuters Photo)
by Agencies May 20, 2021 10:07 pm
RECOMMENDED

Charles Spencer’s comments came as an independent investigation concluded Thursday that BBC journalist Martin Bashir used deceit to win the sensational interview with Diana in which she disclosed intimate details of her failed marriage to Prince Charles and the broadcaster covered up the deception.

The BBC appointed a retired senior judge in November to lead the investigation after Spencer made renewed complaints that Bashir used false documents and other dishonest tactics to persuade Diana to agree to the interview.

Retired senior judge John Dyson's report said Bashir commissioned faked bank statements that falsely suggested some of her closest aides were being paid by the security services to keep tabs on her.

Bashir then showed them to Spencer in a successful bid to convince him to arrange a meeting between himself and Diana and earn her trust, eventually securing the landmark sit-down.

Dyson said he was "satisfied" that Bashir showed fake bank statements "so as to deceive Earl Spencer and induce him to arrange the meeting with Princess Diana."

"By behaving as described ... Mr Bashir acted inappropriately and in serious breach" of the corporation's own editorial guidelines on "straight dealing," Dyson added.

In a scathing response to the findings, Spencer said he "draws a line" connecting the interview to his sister's August 1997 death.

"The irony is that I met Martin Bashir on the 31st of August 1995 because exactly two years later she died, and I do draw a line between the two events," he told the BBC in an interview set to air later Thursday.

"She didn't know who to trust and in the end, when she died two years later, she was without any form of real protection."

Questions have long been asked about how Bashir convinced Diana to talk on the BBC's flagship "Panorama" program, which was watched by a record 22.8 million people and won a string of television awards.

In it, she famously said, "there were three people" in her marriage – her, Charles and his long-time mistress and now wife, Camilla Parker-Bowles – and also admitted adultery.

Bashir, now 58, was little-known at the time but went on to have a high-profile career on U.S. television networks, and interviewed stars such as Michael Jackson.

He returned to work for the corporation as religion editor until he stepped down just last week, citing ill health, hours before Dyson's report was submitted to BBC bosses.

But Dyson called that probe "flawed and woefully ineffective."

In particular, it did not ask Spencer for his version of events, Dyson noted, lambasting it for failing to scrutinize Bashir's actions properly.

"If they had been able to test Mr Bashir's account... it is very unlikely that they would have believed him and concluded that he was an 'honest and an honorable man,'" he wrote.

Hall, now chair of the board of trustees at Britain's National Gallery, admitted that the probe "fell well short of what was required," and said he was "wrong to give Martin Bashir the benefit of the doubt."

The broadcaster also said it was handing back the awards the program won for the interview.

Bashir also apologized, saying the faking of the bank statements was "a stupid thing do and was an action I deeply regret."

But he maintained it had "no bearing whatsoever on the personal choice by Princess Diana to take part," and he was still "immensely proud" of the interview.

Davie equally said the princess was "keen on the idea of an interview with the BBC." Her estranged husband had spoken to commercial channel ITV in 1994 and also admitted adultery.

But he added: "It is clear that the process for securing the interview fell far short of what audiences have a right to expect. We are very sorry for this."

"The BBC should have made greater effort to get to the bottom of what happened at the time and been more transparent about what it knew," Davie said, noting it had better procedures in place now.

John Birt, director-general of the corporation at the time of the interview, said in a statement: "We now know that the BBC harbored a rogue reporter."

Diana and Charles formally divorced in 1996. She died aged 36 in a high-speed car crash while being chased by paparazzi photographers in Paris the following year. Charles married Camilla in 2005.

Diana's friend, Simone Simmons, told The Sun that the interview had "destroyed her psychologically" and "made her paranoid."