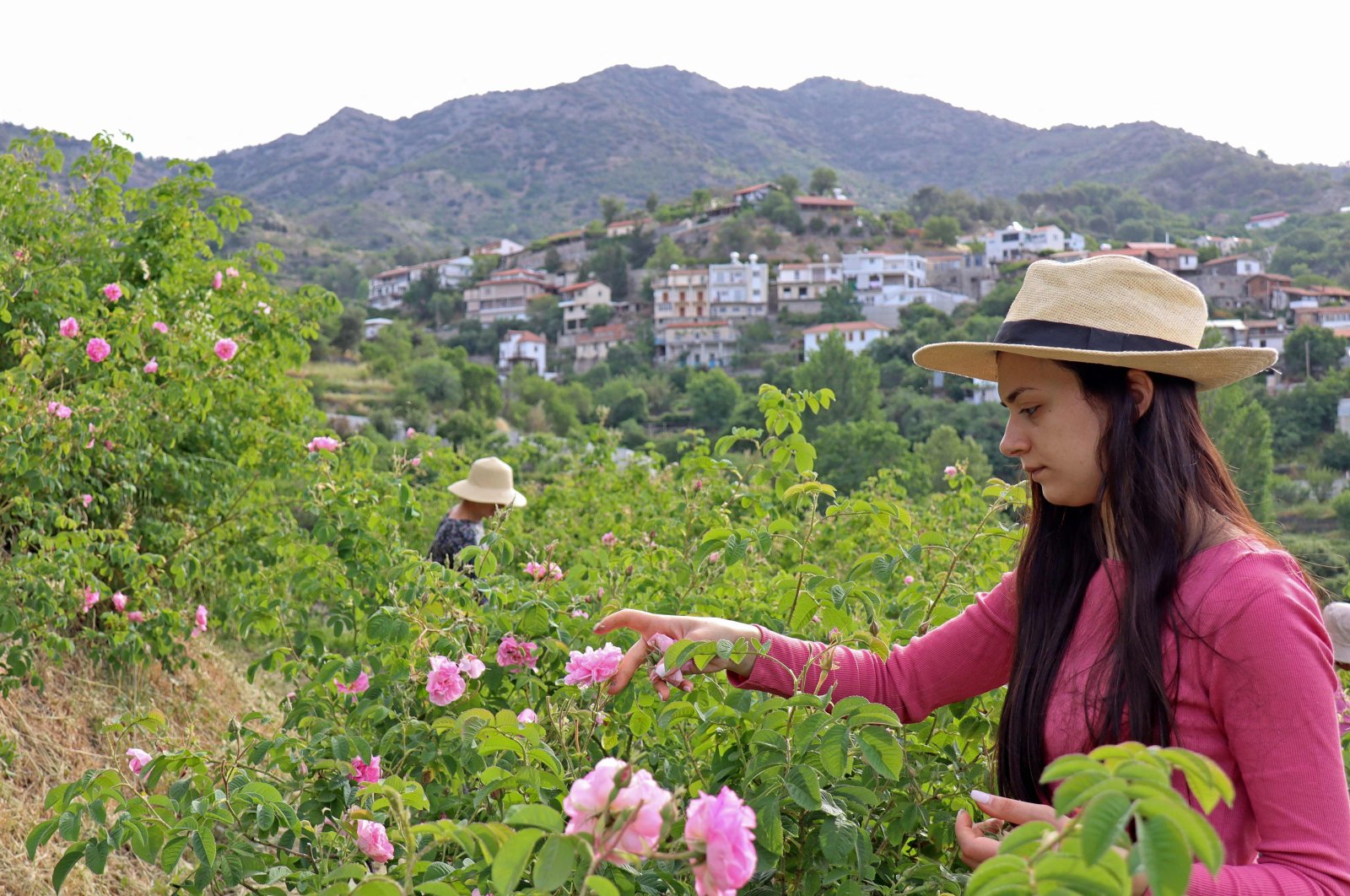 Everyone likes to smell good but if you're a fan of natural scents from aromatic plants, you should definitely visit Greek Cyprus where these plants are being cultivated to broaden the island's sun-and-sea appeal and revive its botanical status dating back to Roman times.

From sunrise in the village of Agros, 1,100 meters (3,600 feet) above sea level in the Troodos mountain range, Andria Tsolakis, her younger sister Elena and their mother Maria busy themselves among their rose bushes.

In the crisp morning air, they gather the Damask roses for which Agros and the family are famed.

For more than seven decades, the Tsolakis family have cultivated the pink rose of Syrian origin they say first cropped up mysteriously at the foot of the village church. From the precious harvest, they extract rose water and oils used in cooking and cosmetics.

"We need around 400 roses, flowers, in order to make one kilo (2 pounds) of roses (petals). And from that kilo, we will produce two litres of rose water," said 31-year-old Andria.

When their father, Chris, took over the business, he decided to start up a boutique called "The Rose Factory" and to add Agros to the Eastern Mediterranean island's tourist circuit.

In a normal tourist season, before the COVID-19 pandemic that has brought much of the sector to its knees, "we welcomed up to 10 buses every day," said Elena.

Medicinal and Aromatic Plants Pathways Across Europe (Mappae) says its mission is to "create a multi-sensory, tourist and cultural thematic route, linking European destinations united by a common tradition."

"We are blessed with more than 800 different herbs, some of them can only be found in (the island of) Cyprus," said Yioula Michaelidou Papakyriacou, Greek Cypriot coordinator of the project.

"Our grandmothers could heal everything with herbs," she said.

Papakyriacou puts the high quality of the island's essential oils down to its geology, the formation of the Troodos range, air quality and weather conditions.

"The climate here is ideal to grow these kind of herbs because herbs love the heat, they love the strong sun," said herbalist Miranda Tringis, who runs a botanical park near Ayia Napa, the island's top beach destination.

Greek Cyprus is proud of its riches in flora, its plants as well as olive and cypress trees.

"It was like that in the first century after Christ, when (Roman naturalist) Pliny the Elder wrote that the herbs of Cyprus are the best in the entire Roman empire," said Tringis.

"And that is still true to this day."