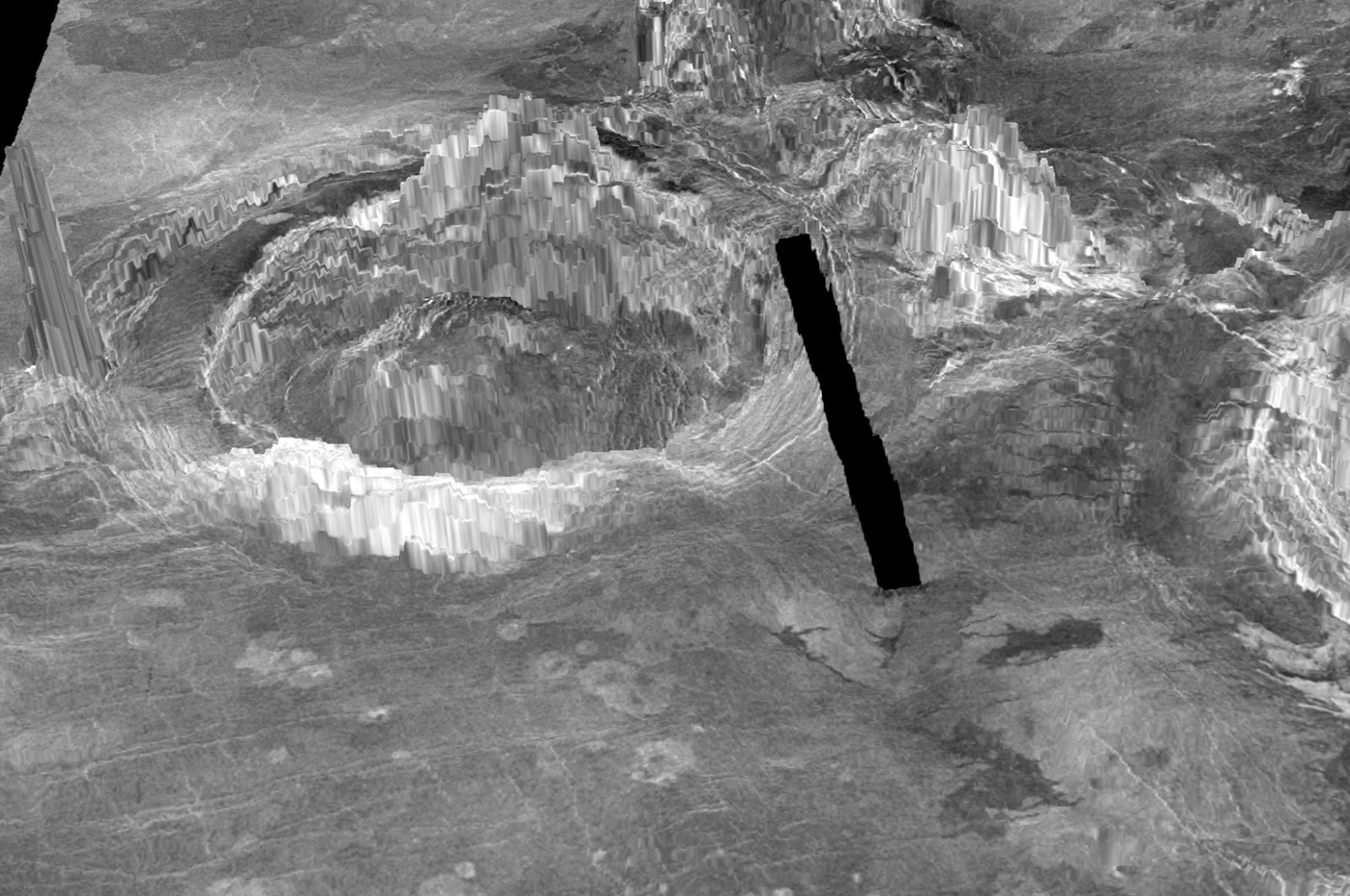 Two coronae are observed on the surface of Venus in a 3-D rendition provided to Reuters on July 20, 2020. The black line represents a gap in data. (Laurent Montesi/University of Maryland/Handout via Reuters)
by REUTERS Jul 21, 2020 6:27 am
RECOMMENDED

Venus has long been thought to be a dormant world, but 37 volcanic structures identified by scientists appear to be recently active – and probably still are today – painting the picture of a geologically dynamic planet.

The research focused on ring-like structures called coronae, caused by an upwelling of hot rock from deep within the planet's interior, and provided compelling evidence of widespread recent tectonic and magma activity on Venus' surface, researchers said Monday.

Many scientists long had thought Venus, lacking the plate tectonics that gradually reshape Earth's surface, was essentially dormant geologically for the past half billion years.

"Our work shows that some of that interior heat is still able to reach the surface even today. Venus is clearly not so geologically dead or dormant as previously thought," said Earth and planetary scientist Anna Gulcher of the Institute of Geophysics in Zurich, lead author of the research published in the journal Nature Geoscience.

The researchers determined the type of geological features that could exist only in a recently active corona – a telltale trench surrounding the structure. Then they scoured radar images of Venus from NASA's Magellan spacecraft in the 1990s to find coronae that fit the bill. Of 133 coronae examined, 37 appear to have been active in the past 2 million to 3 million years, a blink of the eye in geological time.

"In my opinion, many of these structures are indeed active today," said University of Maryland geophysicist and study co-author Laurent Montesi.

Coronae are essentially fields of lava flows and major faults spanning a large circular area. Many of the 37 reside within a gigantic ring in the planet's Southern Hemisphere, including a colossal corona called Artemis 1,300 miles (2,100 km) in diameter.