Are you nuts? Study reveals split-second parkour skills of squirrels 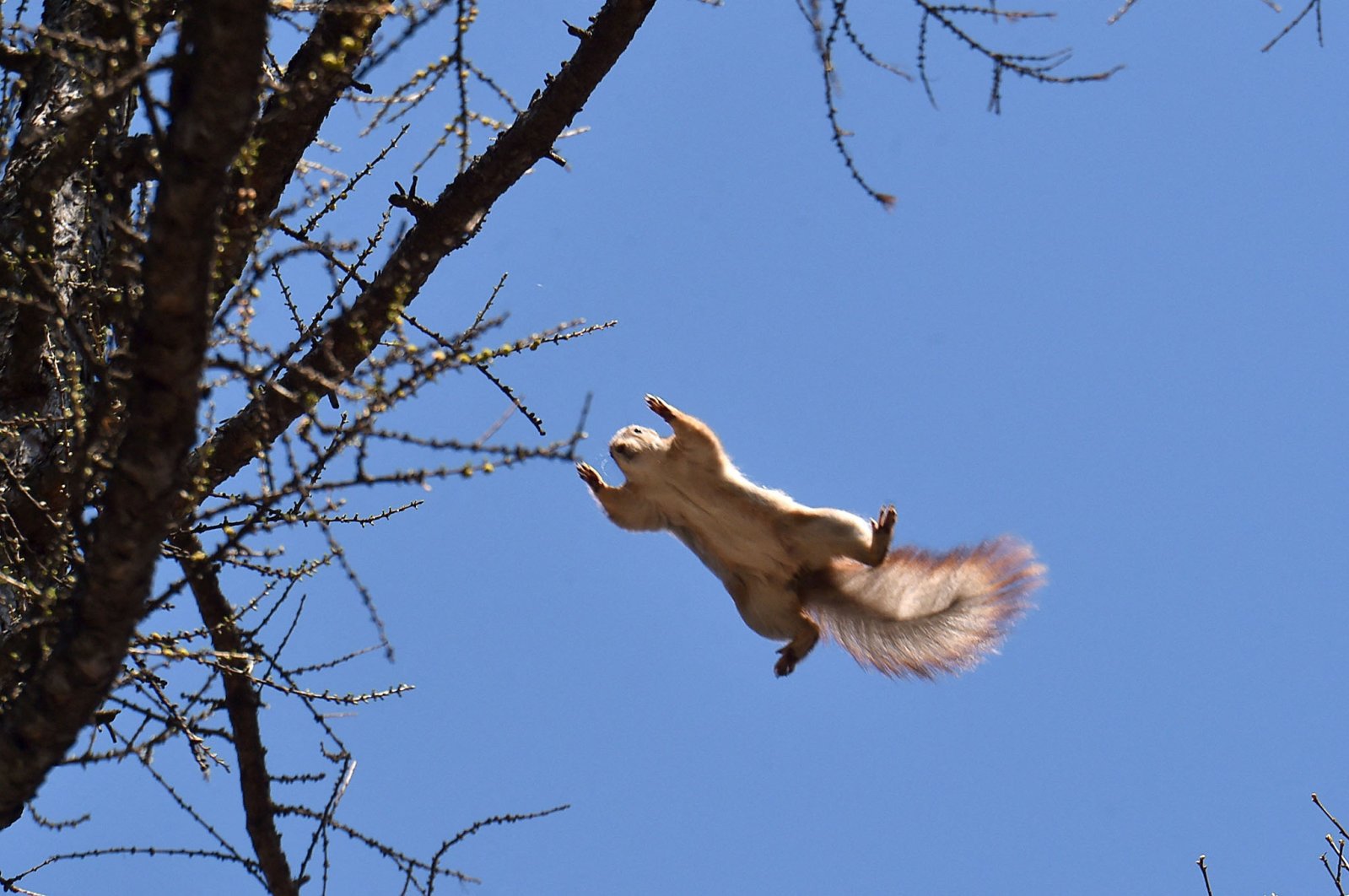 Squirrels are some of the most fascinating animals that trespass human domains, with their wingsuit-esque flying capabilities and cat-like reflexes. All of their acrobatic manoeuvres, it appears, depend on split-second calculations and inventive "parkour" tricks, a new study in the journal Science said Thursday.

Scientists at UC Berkeley designed obstacle courses to better understand how the bushy-tailed rodents gauge and adjust their movements on the fly, as they dart away from predators and avoid potentially fatal falls.

The hope is that the research could one day help to build more agile robots with better decision-making skills.

"Squirrels have a combination of traits that make them very interesting: one being their acrobatic nature, their biomechanics and their powerful muscles that they can use to leap many times their body length," lead author Nathan Hunt told Agence France-Presse (AFP).

"The other is their cognitive capabilities, they have great memories, they're highly creative animals, and they're really good at problem solving."

The team used peanuts to lure wild fox squirrels on the edge of campus to their experiments.

Perches were set up to simulate tree branches, forcing the squirrels to jump gaps of varying distances in order to receive their treats.

The scientists were keen to learn how the animals would negotiate a critical trade-off: Moving toward the end of a perch reduced leaping distance, but compromised stability and jumping force as the launch platform became more wobbly.

It turned out the squirrels preferred to launch from the base of the perch, particularly when the branches were bendier. In fact, the bendiness of the branch was six times more critical than the gap distance in their decision-making.

Throughout the experiments, none of the squirrels ever fell, because they used a variety of strategies – and their sharp claws – to recover from imperfect landings.

If they jumped too far, they would swing over the target perch and perform a roll around it to stick the landing.

If they jumped short, they swung underneath the perch before pulling themselves up.

But the most surprising innovation came when the squirrels didn't aim for the target branch directly at all, instead bouncing off an adjacent wall to make the most challenging leaps, akin to parkour.

When squirrels are chased by hawks, their escapes come down to a matter of centimeters (inches), which is probably why they evolved to become so nimble, said Hunt.

While the research might one day further the field of robotics, it's also something people can appreciate when they see squirrels in parks or in their gardens, said Hunt.

"It's a fun thing to communicate this research because people watch squirrels in their backyard all the time. Actually, as I just sit in my backyard and watch them, I come up with other ideas for experiments that I'd like to do."

As a side note: squirrels are clever animals as well. As was demonstrated beautifully by YouTube's Mark Rober, former NASA and Apple engineer, who had designed "Backyard Squirrel Mazes" which the animals managed to crack with surprising efficiency, thanks to their ingenuity, parkour skills, reflexes and athleticism.