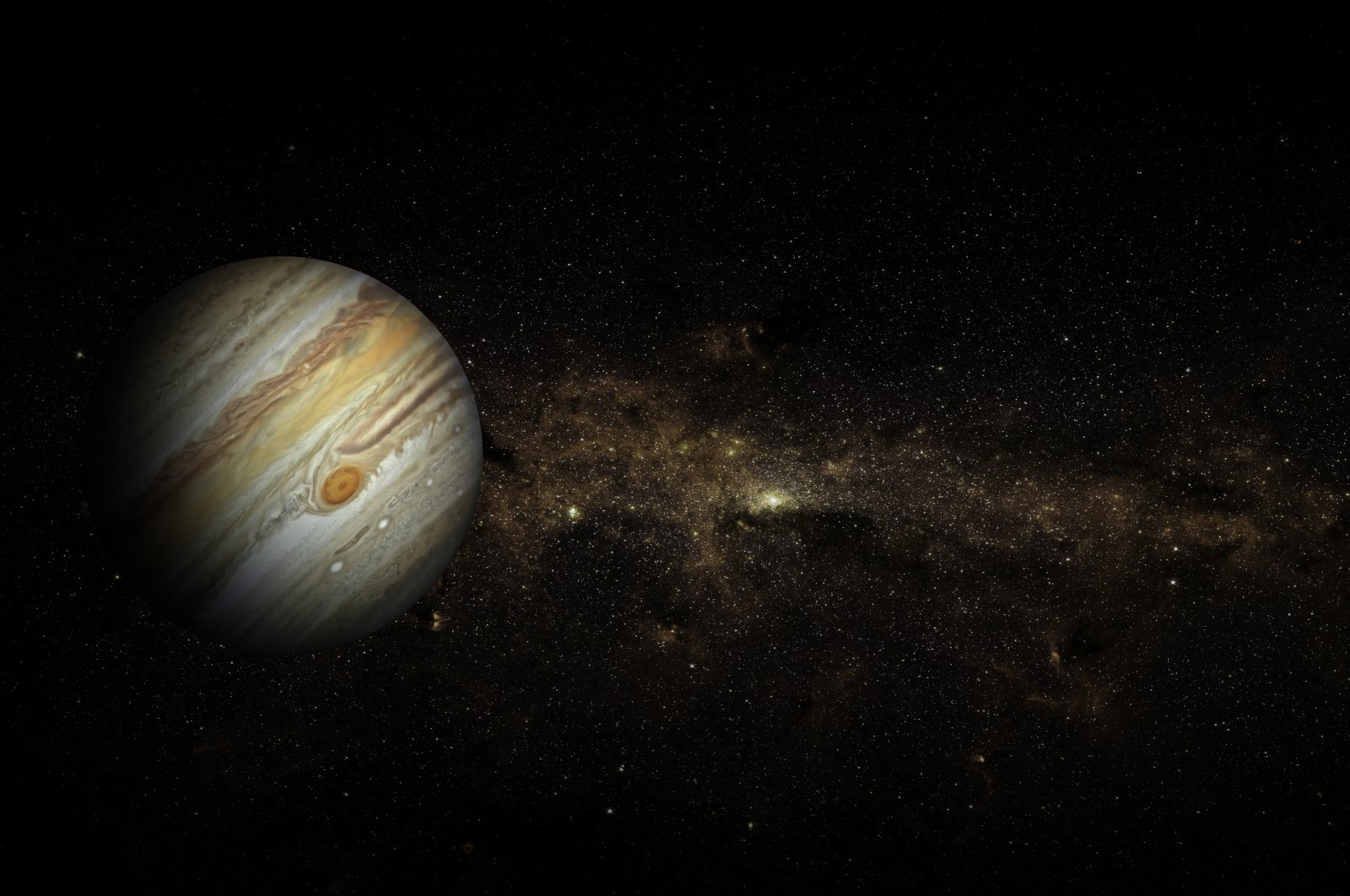 Scientists for the first time showed evidence of water vapor in the atmosphere of Jupiter’s moon, Ganymede.

According to the research published in the journal Nature Astronomy, the water forms when ice from the moon's surface sublimates – that is, turns from solid to gas.

To make the discovery scientists used new and archival datasets from NASA’s Hubble Space Telescope. In previous research, scientists unveiled that Ganymede, the largest moon located in the Solar System, contains more water than all of Earth’s oceans combined. However, the temperature on the surface of Ganymede is very cold, thus freezing all water. Although there is evidence suggesting that 100 miles (160 kilometers) beneath the surface, the moon’s ocean is located in liquid form. But as the ocean is miles below the crust, the water vapor found is not correlated with a source in liquid form.

As a part of the new research, scientists reexamined Hubble observations from the last two decades to find this evidence of water vapor.

In 1998, the research showed that Ganymede possesses a weak magnetic field according to ultraviolet (UV) images taken with Hubble's Space Telescope Imaging Spectrograph (STIS). The two UV images showed colorful ribbons of electrified gas called auroral bands. In these images, there are similarities that were explained by the presence of molecular oxygen (O2). At the same time, scientists concluded this discrepancy was likely related to higher concentrations of atomic oxygen (O).

In 2018, a group of researchers led by Lorenz Roth of the KTH Royal Institute of Technology in Stockholm measured the amount of atomic oxygen with Hubble. They combined the data from Hubble's Cosmic Origins Spectrograph (COS) in 2018 and archival images from the Space Telescope Imaging Spectrograph (STIS) from 1998 to 2010 and discovered that there was hardly any atomic oxygen in Ganymede's atmosphere.

That basically meant there should be another explanation for the apparent differences in these UV aurora images. After taking a closer look at the relative distribution of the aurora in the UV images scientists found that Ganymede’s surface temperature is very cold, but it varies throughout the day. Near the equator, around noon, the temperature increases to a point that it’s sufficient for the icy surface to sublimate small amounts of water molecules.

"So far only the molecular oxygen had been observed. This is produced when charged particles erode the ice surface. The water vapor that we measured now originates from ice sublimation caused by the thermal escape of water vapor from warm icy regions," explained Roth.

JUICE, Jupiter ICy moons Explorer, is the first large-class mission undertaken by the European Space Agency (ESA). After being launched in 2022, it is expected to reach Jupiter in 2029 and will spend three years conducting detailed observations of Jupiter and three of its largest moons, especially Ganymede.

Ganymede is important in a way that its evolution, natural habitat and icy formation have the potential to help humankind understand such extreme yet surprising worlds. How gas giant planets and their satellites are formed and evolved are to be answered, along with the level of habitability of icy moons and Jupiter-like planets.

"Our results can provide the JUICE instrument teams with valuable information that may be used to refine their observation plans to optimize the use of the spacecraft," added Roth.