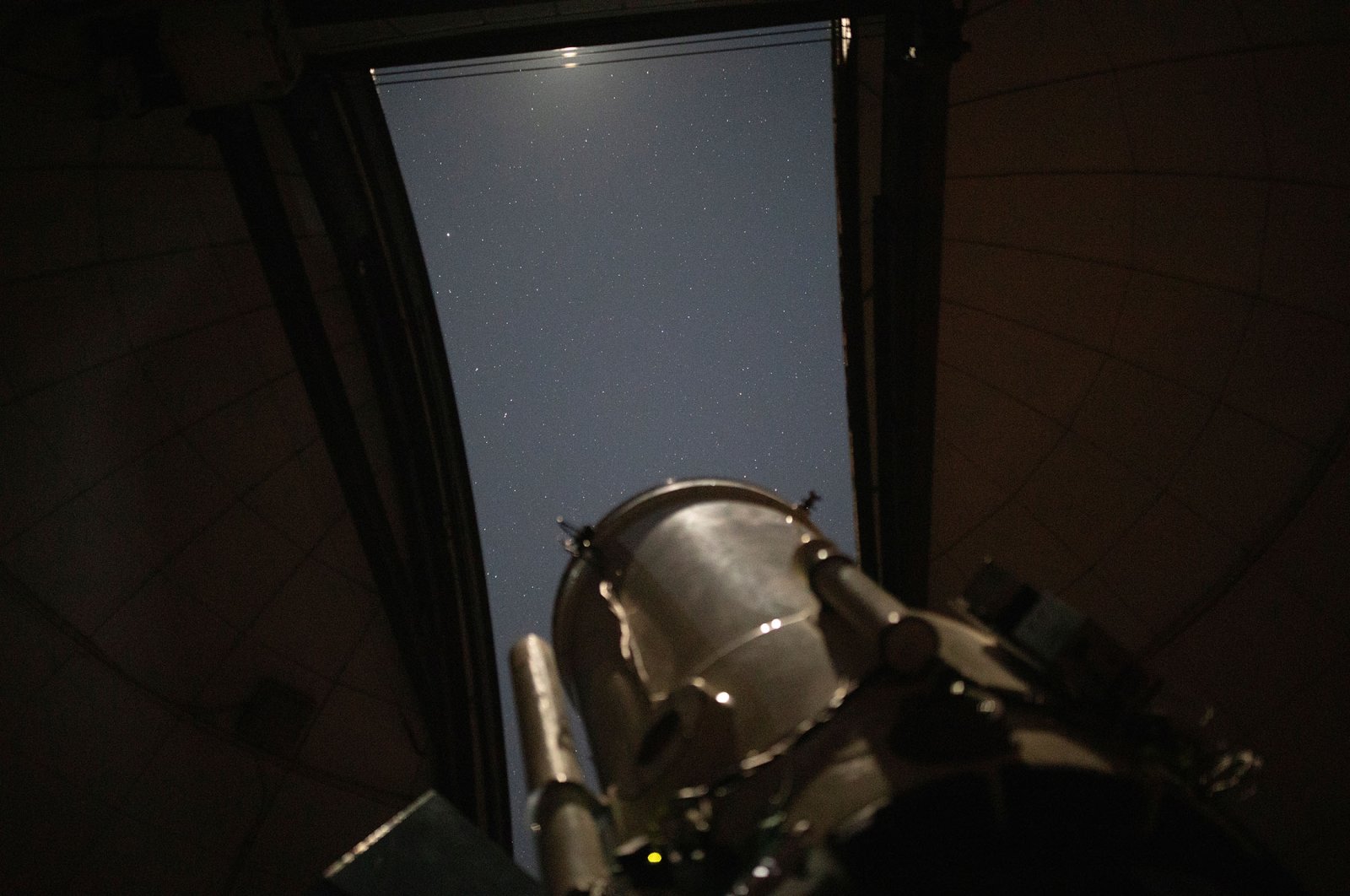 A telescope is seen at Las Campanas Observatory, located in the Andes Mountains, in the Atacama Desert area, near Vallenar, Chile, Oct. 14, 2021. (Reuters Photo)
by Reuters Nov 03, 2021 1:46 pm
RECOMMENDED

Deserts and aliens seem to go nicely together – or if we take the "Independence Day" route, not so nicely. In Chile's dry Atacama, though, the desert and stargazers are an inseparable pair – and, who knows, maybe even aliens will join the party from the clear night skies.

Stargazers have taken up residence in the Atacama desert as they scan the clear night skies to detect the existence of life on other planets and study so-called "dark energy," a mysterious cosmic force thought to be driving the accelerating expansion of the universe.

Central to the race to peer into distant worlds is the Giant Magellan Telescope (GMT), a $1.8 billion complex being built at the Las Campanas observatory that will have a resolution 10 times higher than the Hubble space telescope.

The telescope, expected to begin operation by the end of the decade, will compete with the European Southern Observatory's Extremely Large Telescope – located further north in the same desert – as well as the Thirty Meter Telescope (TMT) being built in Hawaii.

"This new generation of giant telescopes is aimed precisely at detecting life on other planets and to determine the origin of dark energy," said Leopoldo Infante, director of the Las Campanas observatory.

"It's a race by these three groups for who makes it first and who makes the first discovery."

Infante said the new giant telescope would be able to detect organic molecules in the atmosphere of distant planets.

"That is the expectation," he said. "And whoever detects life on another planet will win the Nobel Prize, I assure you."

The other prize is studying dark energy – separate from the similarly enigmatic dark matter – which is considered to be a property of space and is driving the universe's accelerated expansion. It makes up a huge amount of the universe, but remains mostly an unsolved mystery.

"There is an energy that is causing the universe to expand, but also to accelerate that expansion," said Infante, adding scientists knew that this energy must exist, though they did not understand its origin.