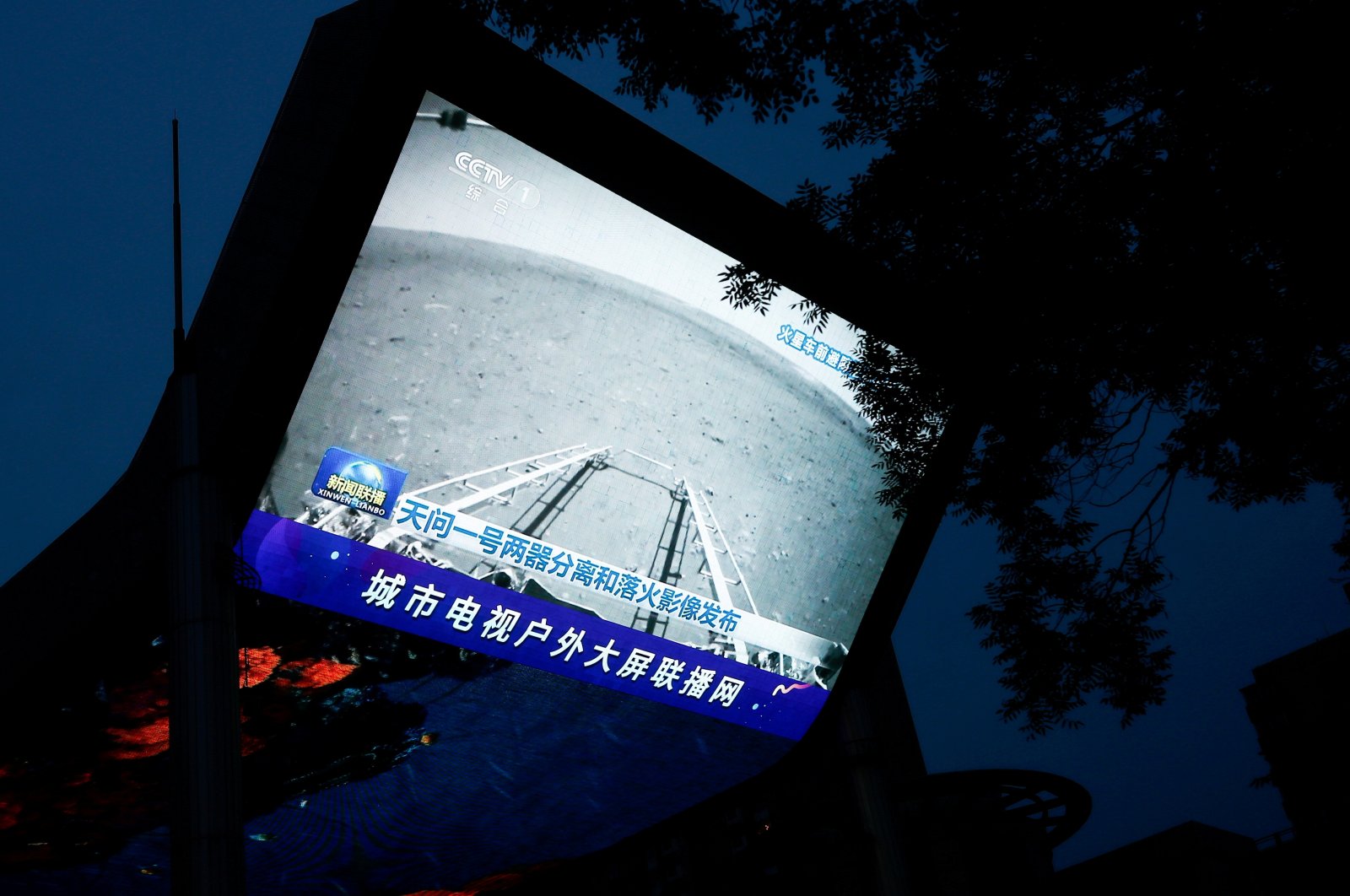 A screen broadcasts a CCTV state media news bulletin, showing an image of Mars taken by Chinese Mars rover Zhurong as part of the Tianwen-1 mission, in Beijing, China, May 19, 2021. (Reuters Photo)
by REUTERS May 22, 2021 9:50 am
RECOMMENDED

China's remote-controlled motorized rover Saturday drove down the ramp of its landing capsule and onto the surface of Mars.

China became the first nation to orbit, land and deploy a land vehicle on its inaugural mission to the Red Planet.

Zhurong, named after a mythical Chinese god of fire, drove down to the surface of Mars at 10:40 a.m. Beijing time (GMT+8), according to a post on the rover's official Chinese social media account.

China this month joined the United States as the only nations to deploy land vehicles on Mars. The former Soviet Union landed a craft in 1971, but it lost communication seconds later.

The 240-kg (530-pound) Zhurong, which has six scientific instruments including a high-resolution topography camera, will study the planet's surface soil and atmosphere.

Powered by solar energy, Zhurong will also look for signs of ancient life, including any subsurface water and ice, using a ground-penetrating radar during its 90-day exploration of the Martian surface.

China's uncrewed Tianwen-1 spacecraft blasted off from the southern Chinese island of Hainan in July last year. After more than six months in transit, Tianwen-1 reached the Red Planet in February where it had been in orbit since.

On May 15, the landing capsule carrying the rover separated from Tianwen-1 and touched down on a vast plain known as Utopia Planitia.

The first images taken by the rover were released by the Chinese space agency Wednesday.

Tianwen-1 was one of three probes that reached Mars in February.

Hope – the third spacecraft to arrive in February – is not designed to land. Launched by the United Arab Emirates, it is orbiting above Mars, gathering data on its weather and atmosphere.

Perseverance and Zhurong are among three robotic rovers operating on Mars. The third is NASA's Curiosity, which landed in 2012.

NASA's InSight, which arrived on the surface of the planet in 2018 to study its interior, is a stationary module.