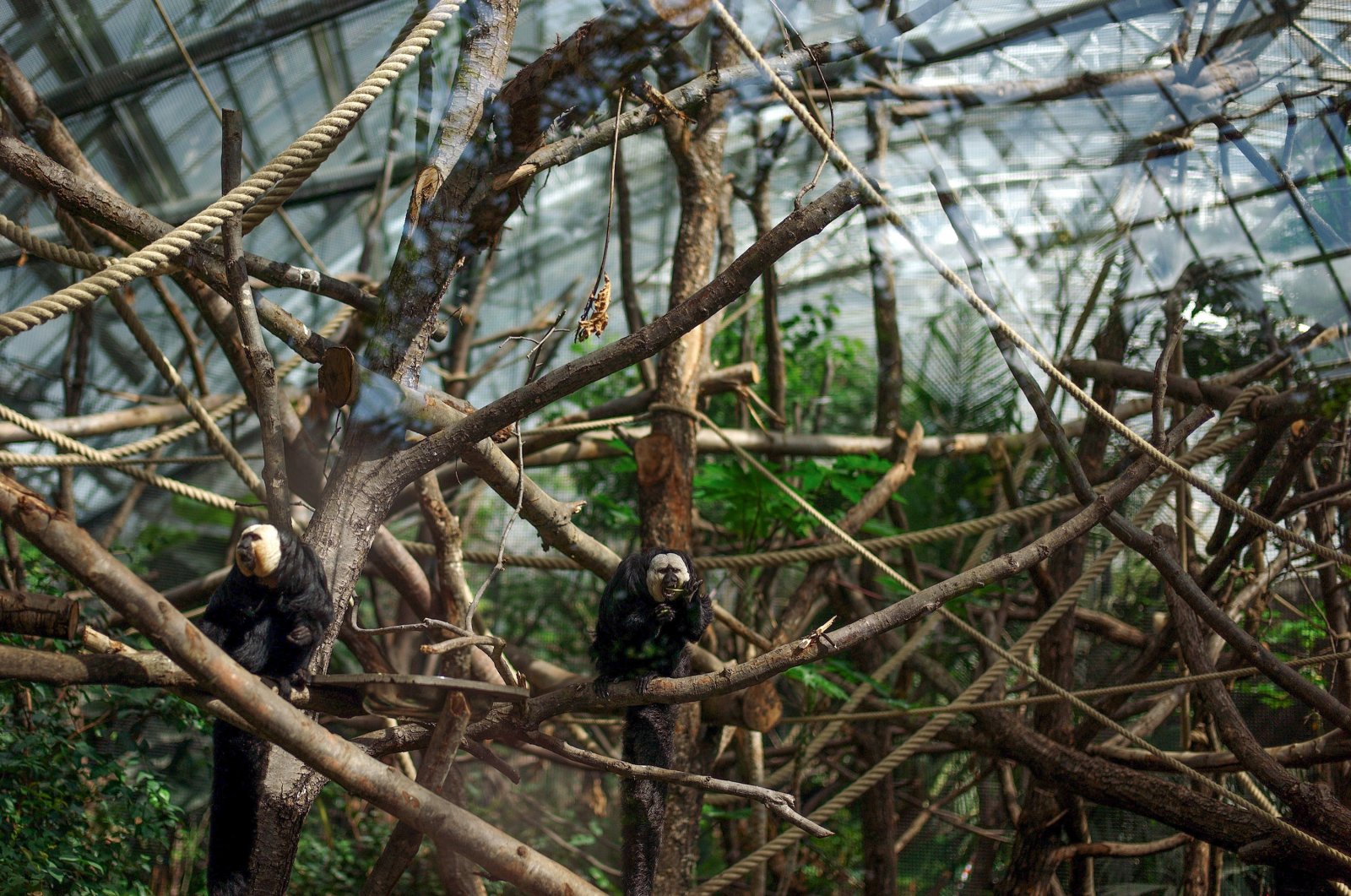 They may be naturally suited to swinging in rainforests, but monkeys in a Finnish zoo have demonstrated a "significant" preference for traffic sounds instead of the noises of the jungle, researchers have found.

As part of an experiment to see how technology could improve the well-being of captive animals, researchers installed a tunnel fitted with sensors in the enclosure of the white-faced saki monkeys at Helsinki's Korkeasaari Zoo, giving the primates the chance to choose to listen to the sounds of rain, traffic, zen music or dance music.

"We thought they would enjoy more calming sounds, such as zen music, but actually they triggered the traffic sounds more," Ilyena Hirskyj-Douglas, a researcher at Finland's Aalto University, told Agence France-Presse (AFP).

The soundtrack of vehicles rumbling past proved overwhelmingly the most popular choice for the animals, who sometimes slept or groomed themselves and each other inside the sound tunnel – something they did not do for any of the other sounds, Hirskyj-Douglas said.

The zoo's research coordinator, Kirsi Pynnonen, said she believes the road sounds in fact mimic some of the monkeys' natural means of communication.

"In the wild, these monkeys use high-pitched hissing, squeaking and croaking to stay in contact," she said, noises which the animals may hear within the traffic noises.

Sound experiments have been performed on animals in captivity before now, but the scientists say this was the first attempt to try and give the creatures full control over what they want to listen to.

In the future, it could enable zoos to provide animals with extra stimuli in their enclosures.

"Animals could, for instance, control their lighting, heat or the temperature," or even play games, Hirskyj-Douglas said.

"The technology is very much open and we're just starting to bridge into this area," she said.

Other zoos around Europe have shown interest in the research findings, Pynnonen said, and the team will look next at installing screens inside the tunnel for the monkeys to watch if they choose.

White-faced saki monkeys are mid-sized primates native to the northern countries of South America, where they are "relatively numerous" but threatened by the destruction of the rainforest, Pynnonen said.

"Despite what many people think, they don't eat bananas at all, but seeds, insects and some fruits," she added.