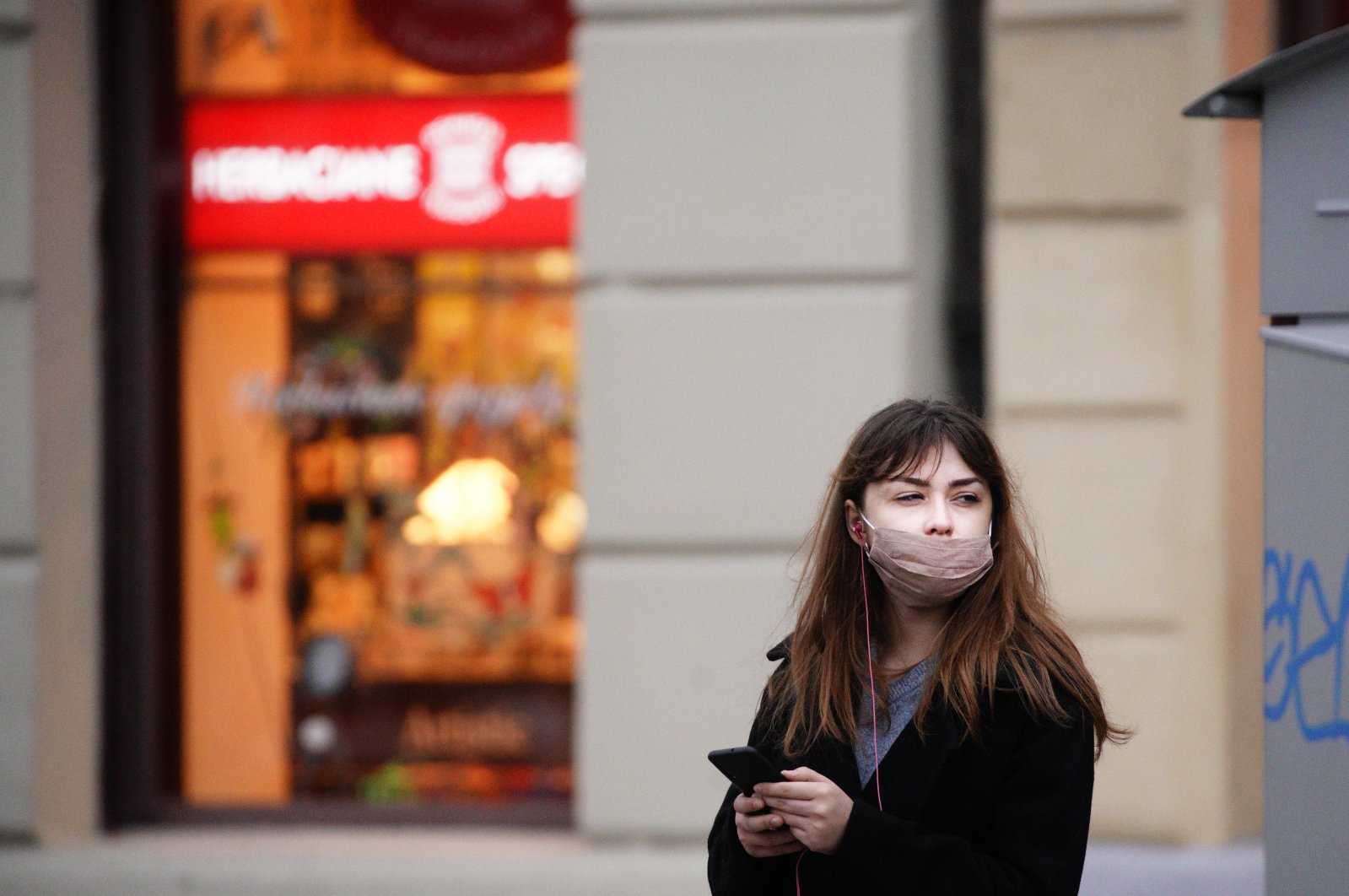 A woman wearing a face mask uses her mobile phone while waiting at a bus stop in Warsaw, Poland on October 2, 2020. (Reuters Photo)
by REUTERS Oct 12, 2020 10:45 am
Edited By Yasemin Nicola Sakay
RECOMMENDED

Coronavirus can survive on banknotes, glass and stainless steel for up to 28 days, much longer than the flu virus, Australian researchers said Monday, highlighting the need for cleaning and handwashing to combat the virus.

Findings from the study done by Australia's national science agency, CSIRO, appear to show that in a very controlled environment the virus remained infectious for longer than other studies have found.

CSIRO researchers found that at 20 degrees Celsius (68 degrees Fahrenheit) the SARS-COV-2 virus remained infectious for 28 days on smooth surfaces such as plastic banknotes and glass found on mobile phone screens. The study was published in the Virology Journal.

By comparison, Influenza A virus has been found to survive on surfaces for 17 days.

"It really reinforces the importance of washing hands and sanitizing where possible and certainly wiping down surfaces that may be in contact with the virus," said the study's lead researcher Shane Riddell.

The study involved drying the virus in an artificial mucus on a range of surfaces at concentrations similar to samples from COVID-19 patients and then recovering the virus over a month.

Experiments done at 20, 30 and 40 degrees C showed the virus survived longer at cooler temperatures, longer on smooth surfaces than on complex surfaces such as cotton, and longer on paper banknotes than on plastic banknotes.

"So heading into summer that's certainly going to be an important factor that the virus won't last as long in the warmer temperatures," Riddell said, referring to the upcoming southern hemisphere summer.

All the experiments were done in the dark to remove the impact of ultraviolet light, as research has shown direct sunlight can kill the virus.

"So in the real world results would likely be shorter than what we were able to show," Riddell told Reuters.

Researchers said given that proteins and fats in body fluids can also sharply increase virus survival times, their study may help explain the apparent persistence and spread of the virus in cool environments like meatpacking facilities.