COVID-19 roundup: No virus in football, antibodies in breast milk 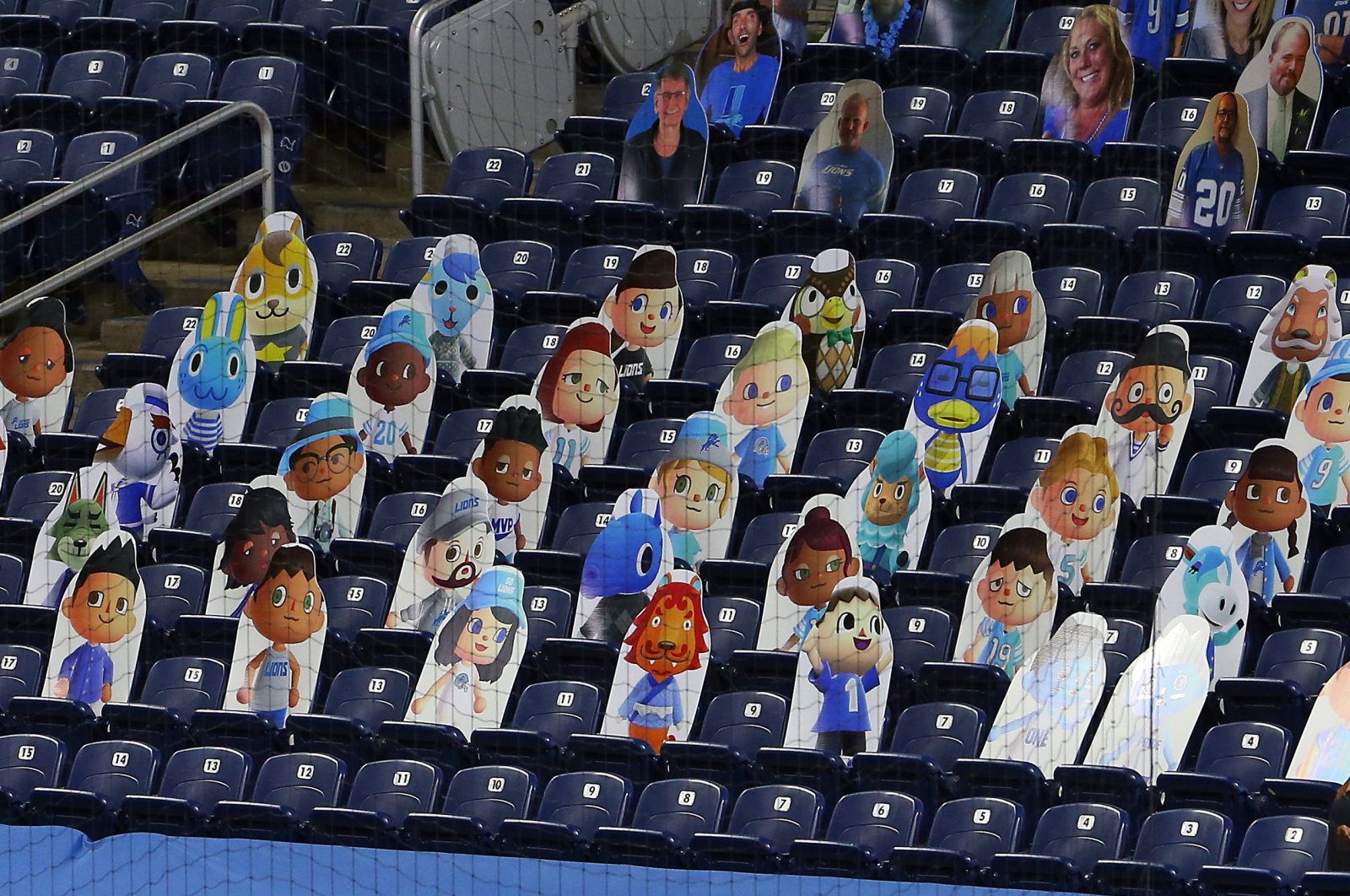 Cutout photos from the game Animal Crossing are placed in seating areas, during an NFL football game between the Washington Football Team and the Detroit Lions, in Detroit, Michigan, U.S., Nov. 15, 2020. (Getty Images)
by Reuters Nov 07, 2021 12:11 pm
RECOMMENDED

In this week's roundup, the latest scientific research on the coronavirus and efforts to find treatments and vaccines suggest that COVID-19 antibodies passed from mothers' breast milk to newborns provide better-than-expected benefits, vaccine protection varies among immunocompromised patients and American football players don't appear to be passing the virus to each other on the field.

COVID-19 antibodies passed from infected mothers to their breastfeeding newborns provide more benefit to the baby than researchers expected to see, according to a report published on Wednesday in JAMA Network Open.

The researchers studied 21 babies born to mothers who were infected with the coronavirus at the time of delivery. Two months later, the researchers, as expected, found so-called IgG antibodies to the virus made by the mothers' bodies in response to the infection had been passed from breast milk into the babies' blood, resulting in so-called passive immunity.

But a different class of immune molecule in the breast milk, known as IgA antibodies, had stimulated active immunity in the newborns, triggering their immune systems to produce their own IgA antibodies, the researchers discovered.

Compared to formula-fed infants of infected mothers, the breastfed babies had high levels of self-produced IgA antibodies to the virus in their saliva.

"We have shown for the first time that the mother can also trigger the active immune response of the newborn through the transfer of (immune molecules) in breast milk resulting in the production of salivary antibodies," Dr. Rita Carsetti of Bambino Gesu Children Hospital and Dr. Gianluca Terrin of Sapienza University, both in Rome, said in an email.

They are performing further studies to see whether vaccine-induced antibodies in breast milk have the same effect.

Among people with impaired immune systems, some get less benefit than others from the mRNA COVID-19 vaccines, and new data help clarify the differences and supports the need for extra shots.

Overall, the vaccines' efficacy against hospitalization for COVID-19 was 90% in the immunocompetent group. That dropped to 77% in those with conditions that weaken their immune system, regardless of age.

But efficacy ranged from 59% among transplant recipients, who take anti-rejection medicines, and 74% among blood cancer patients to 81% among people with rheumatologic or inflammatory disorders such as rheumatoid arthritis, the researchers reported on Tuesday in the U.S. Centers for Disease Control and Prevention's Morbidity and Mortality Weekly Report.

Statistically, the vaccines from Pfizer/BioNTech and Moderna were similarly effective, said Peter Embi, Chief Executive of Regenstrief Institute in Indianapolis.

"Our study supports the CDC recommendations that two-doses of the mRNA vaccines aren't enough," he said. "People with suppressed immune systems who are getting either mRNA COVID-19 vaccine should get three doses of either one, and then a booster six months later."

No virus on the field

American football players are probably not passing the coronavirus to each other on the field, a new study suggests.

Researchers analyzed data collected by the intercollegiate Southeastern Conference, which employed a remote electronic system to capture episodes of contact on the field.

All athletes in the conference were tested for the virus at least three times a week, and those testing positive within 48 hours of a game were traced for potential exposures and subsequent interactions over 14 days.

Between Sept. 26 and Dec. 19, 2020, 1,190 college football players had nearly 110,000 opposing-player interactions over 64 regular-season games. No player tested positive after interacting with an opponent who had tested positive within 48 hours of the game, researchers reported on Friday in JAMA Network Open.

"This doesn't necessarily extrapolate to other sports, but it teaches us that rigorous mitigation strategies to prevent transmission work," said Rebecca Fischer of the Texas A&M University School of Public Health, who worked on the study.

"With sports like basketball, which is played on a smaller (indoor) court, we may not see the same things." The study does not address what happens in locker rooms and training facilities, which are known to be higher risk, she added.