COVID-19 roundup: Pfizer vaccine works against variants, progress with one dose of J&J 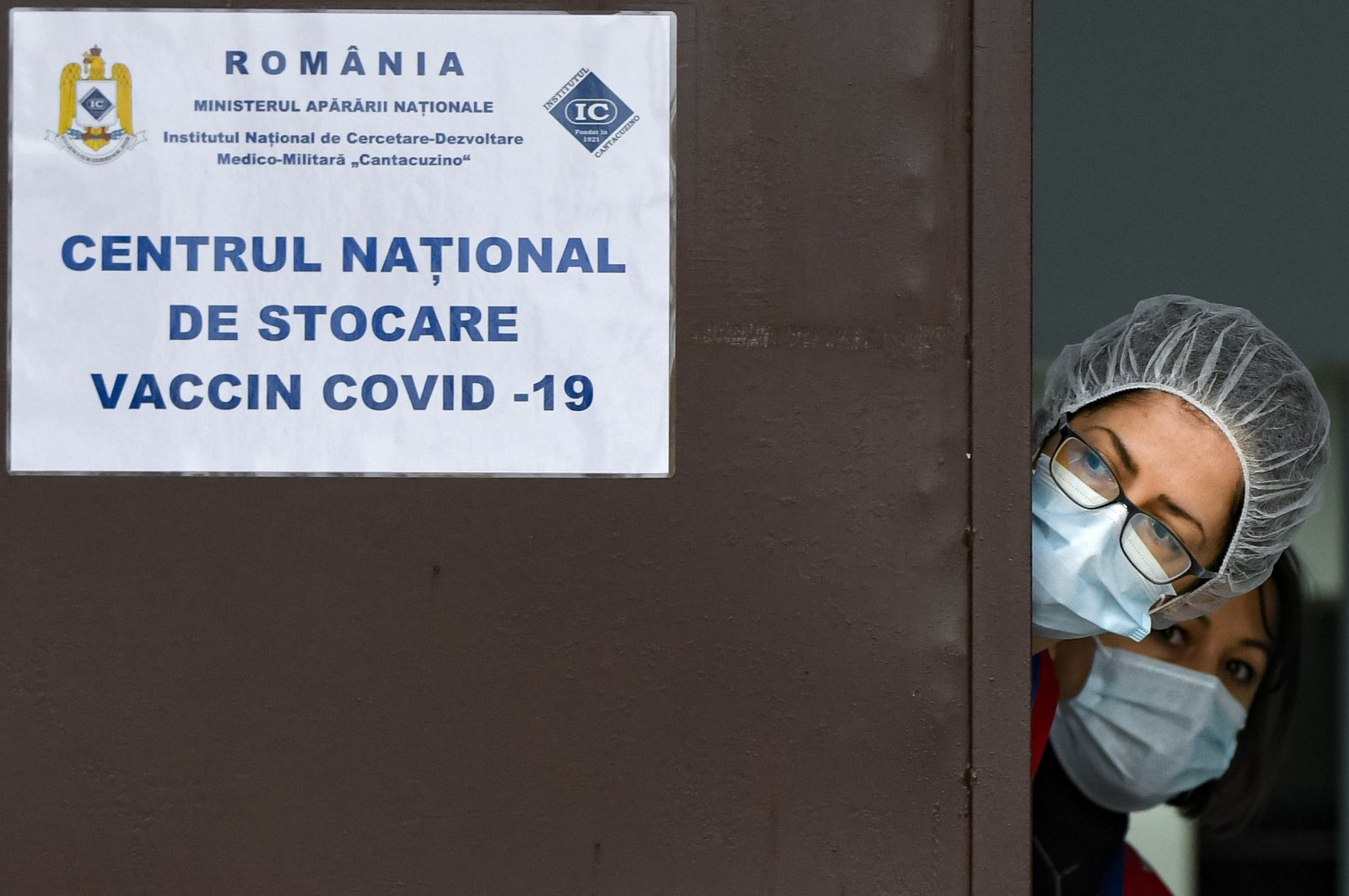 Medical staff peer from behind a door at the National Center for Storage of the COVID-19 Vaccine in Bucharest, Romania on Dec. 18, 2020. (AP Photo)
by REUTERS Jan 17, 2021 12:57 pm
Edited By Yasemin Nicola Sakay
RECOMMENDED

This week's roundup of some of the latest scientific studies on the novel coronavirus and efforts to find treatments for COVID-19 looks into the vaccines currently on trial or in emergency use, links intestinal health to lingering symptoms and voices concerns about health workers' mental health.

The microscopic organisms living in our intestines may influence the severity of COVID-19 and the body's immune response to it, and could account for lingering symptoms, researchers reported in the journal Gut. They found that the gut microorganisms in COVID-19 patients were very different from those in uninfected individuals.

"COVID patients lack certain good bacteria known to regulate our immune system," said Dr. Siew Ng of The Chinese University of Hong Kong. The presence of an abnormal assortment of gut bacteria, or "dysbiosis," persists after the virus is gone and could play a role in the long-lasting symptoms that plague some patients, she said. Her team has developed an oral formula of live bacteria known as probiotics and a special capsule to protect the organisms until they reach the gut.

"Compared with patients on standard care, our pilot clinical study showed that more COVID patients who received our microbiome immunity formula achieved complete symptom resolution," Ng said, adding that those who got it had significantly reduced markers for inflammation in their blood, increased favorable bacteria in their stool and they developed neutralizing antibodies to the virus.

An experimental COVID-19 vaccine from Johnson & Johnson produced protective antibodies against the novel coronavirus in 90% of 805 volunteers by 29 days, and that increased to 100% by day 57, according to data from an ongoing mid-stage study. Side effects such as fever, muscle aches and injection site pain resolved quickly, researchers reported in the New England Journal of Medicine.

To be approved by regulators, the J&J vaccine must show efficacy as reflected by a lower risk of infections and severe disease in study participants who receive it compared to those who do not. Efficacy data from a large late-stage trial on the vaccine is due by February. Experts expect the vaccine to show efficacy at or above 80%, which would exceed the 50% benchmark for regulatory approval but trail the roughly 95% achieved in trials of already-authorized vaccines from Moderna Inc and Pfizer Inc. with BioNTech SE.

The J&J vaccine requires just a single dose, and it does not have the cold storage requirements of the other vaccines. The likelihood of good results "hopefully is very high," the New Brunswick, New Jersey-based company's chief scientific officer Paul Stoffels said.

The COVID-19 vaccine from Pfizer Inc and BioNTech SE appears to protect against highly transmissible new variants of the coronavirus discovered in Britain and South Africa, a laboratory study suggests.

In blood samples from vaccine recipients, scientists found the vaccine appears effective against the so-called N501Y mutation of the spike protein on the virus, according to a report posted on bioRxiv ahead of peer review.

Pfizer scientist Phil Dormitzer said the vaccine has been tested against 16 mutations and none have really had any significant impact. "That's the good news," he said, before adding a note of caution. "That doesn't mean that the 17th won't."

Ongoing testing will be needed, experts said, to allay concerns about whether the vaccines will be protective as the virus mutates. The vaccine is based on synthetic messenger RNA technology (mRNA), as is the one from Moderna Inc.

"The evidence is not conclusive but there is a lot to indicate that the existing mRNA vaccines do cover the new variants," said Andreas Bergthaler of the Research Center for Molecular Medicine of the Austrian Academy of Sciences in Vienna. AstraZeneca Plc., Moderna and CureVac NV are also testing their shots against the fast-spreading coronavirus variants.

Nearly half of staff working in intensive care units (ICU) in England have severe anxiety, depression or post-traumatic stress disorder, with some feeling they would be better off dead, researchers reported in Occupational Medicine. The study was conducted in June and July – before Britain began experiencing its latest surge in hospitalizations.

Among more than 700 health care workers in nine ICUs, 45% met the threshold for probable clinical significance for at least one of four serious mental health disorders: severe depression (6%), PTSD (40%), severe anxiety (11%) or problem drinking (7%). More than one in eight reported frequent self-harming or suicidal thoughts in the previous two weeks.

Poor mental health among ICU staff caring for critically ill and dying COVID-19 patients not only harms their quality of life but also likely impairs their ability to work effectively, the researchers said. The findings show an urgent need for mental health services to be promptly accessible for all health care workers.