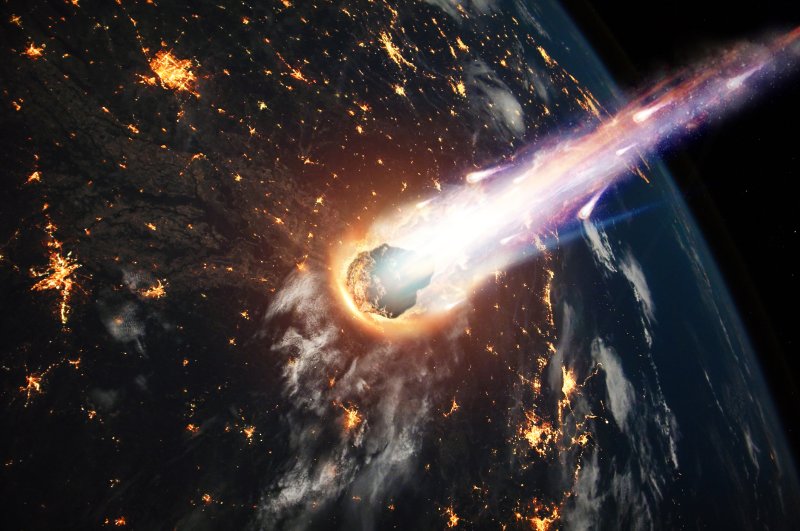 NASA has confirmed that a mammoth asteroid is currently headed toward Earth. (iStock Photo)
by DAILY SABAH Mar 04, 2020 11:46 am
RECOMMENDED

NASA says its automated tracking systems at the Center for Near-Earth Object Studies in the U.S. state of California has detected an asteroid so big that it could wipe out the entire human race.

But before you start running around like a headless chicken out of pure panic, hear this out: Scientists say it will only make a “close approach” and not actually enter Earth’s orbit, as per the Daily Express.

Approximately measuring up to 4.1 kilometers (2.5 miles) across, the rock's size puts it in Planetary Society’s "very dangerous" category, which includes all space objects close to or larger than 1 km in diameter and puts them on a scale that threatens global destruction.

“Small asteroids – few meters – hit frequently and burn up in the atmosphere and do little damage," Bruce Betts from the nonprofit said.

"Chelyabinsk-size asteroids – about 20 m that hit in 2013 – create shock waves that shatter windows and cause injuries. Tunguska-sized – about 40 m that hit Siberia in 1908 – could completely destroy a city or create a tsunami. Larger asteroids that hit on average less often could cause regional destruction," he added.

“Even larger asteroids that hit even less frequently could cause a global catastrophe," he said.

The U.S. National Science and Technology Council had also warned in its preparedness strategy report in 2018 that objects of that size "can trigger earthquakes, tsunamis, and other secondary effects that extend far beyond the immediate impact area."

NASA first spotted 1998 OR2 flying around the sun in 1987, later confirming its orbit and classifying it as a "potentially hazardous" near-Earth object (NEO). For an asteroid or comet to be considered a NEO it must come within 50 million km of Earth's orbit.

However, according to astronomers, there is a one in 50,000 chance that asteroids will hit Earth every 100 years, so there is no need to lose sleep worrying over space rocks.