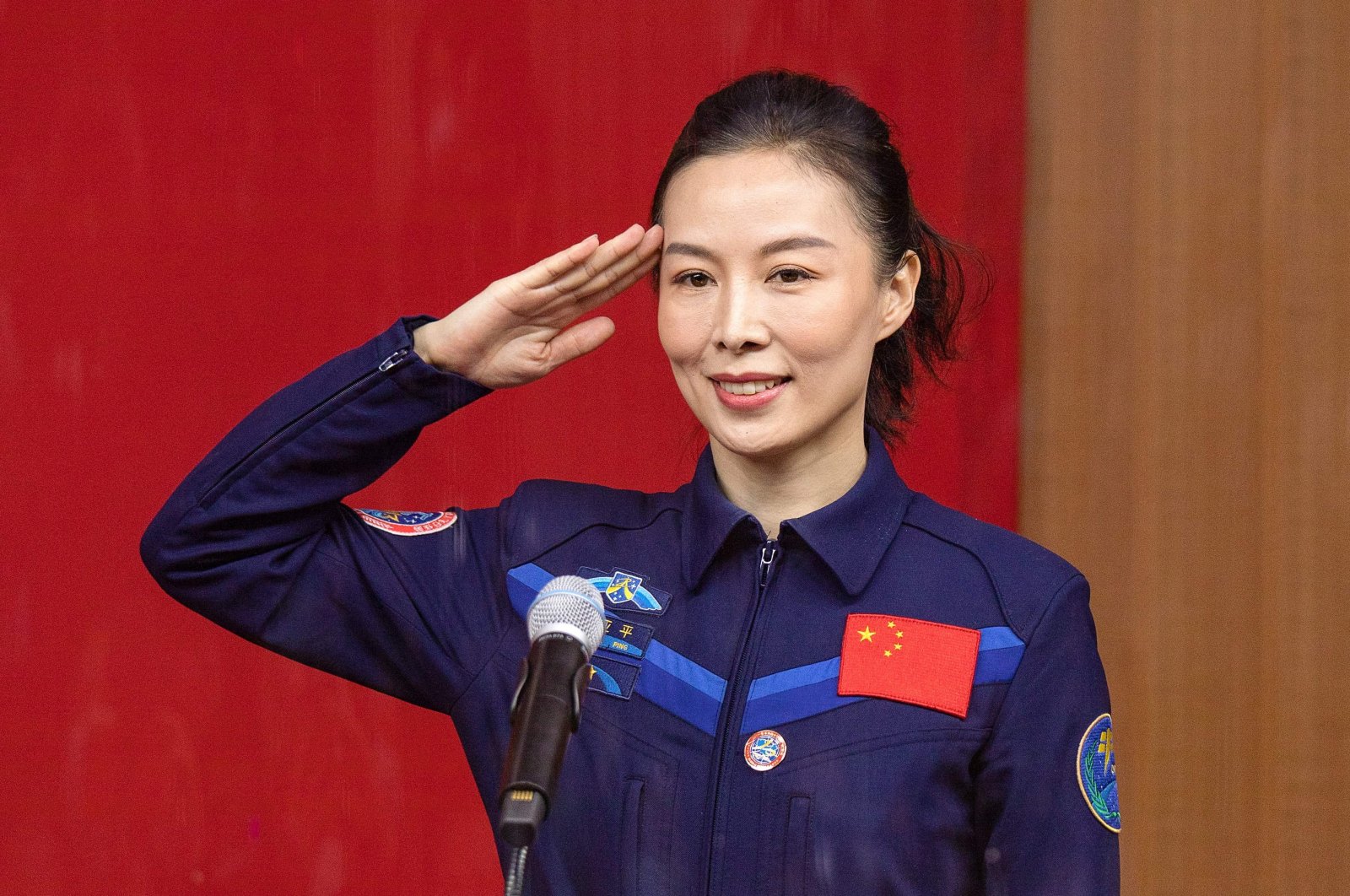 Chinese astronaut Wang Yaping, member of the second crew for China's new space station, salutes during a briefing the day before the launch at the Jiuquan Satellite Launch Center in the Gobi Desert, in northwest China, Oct. 14, 2021. (AFP Photo)
by French Press Agency - AFP Nov 08, 2021 11:59 am
RECOMMENDED

Astronaut Wang Yaping made history by becoming the first Chinese woman to walk in space when she stepped outside the Tiangong space station after her team completed a six-hour stint as part of the station's ongoing construction, authorities announced Monday.

Tiangong – meaning "heavenly palace" – is the latest achievement in China's drive to become a major space power, after landing a rover on Mars and sending probes to the moon.

Its core module entered orbit earlier this year, with the station expected to be operational by 2022.

Wang and her colleague Zhai Zhigang stepped out of the module on Sunday night – waving to the camera while tethered to the outside of the station – and installed a suspension device and transfer connectors.

"This marks the first extravehicular activity of the Shenzhou-13 crew, and it is also the first in China's space history involving the participation of a woman astronaut," said the China Manned Space Agency in a statement early Monday.

"The whole process was smooth and successful," the agency added, declaring it finished.

Tiangong is expected to operate for at least 10 years, and the three astronauts are the second group to stay there. Wang is the first woman to visit.

Ye, who stayed inside during the walk to support his crewmates, is a People's Liberation Army pilot.

Their work involves setting up equipment and testing technology for future construction, with at least one more spacewalk planned.

The team is expected to spend six months at the station.

The previous record-breaking crew, who made the first mission to Tiangong, returned to Earth in September after spending three months there.