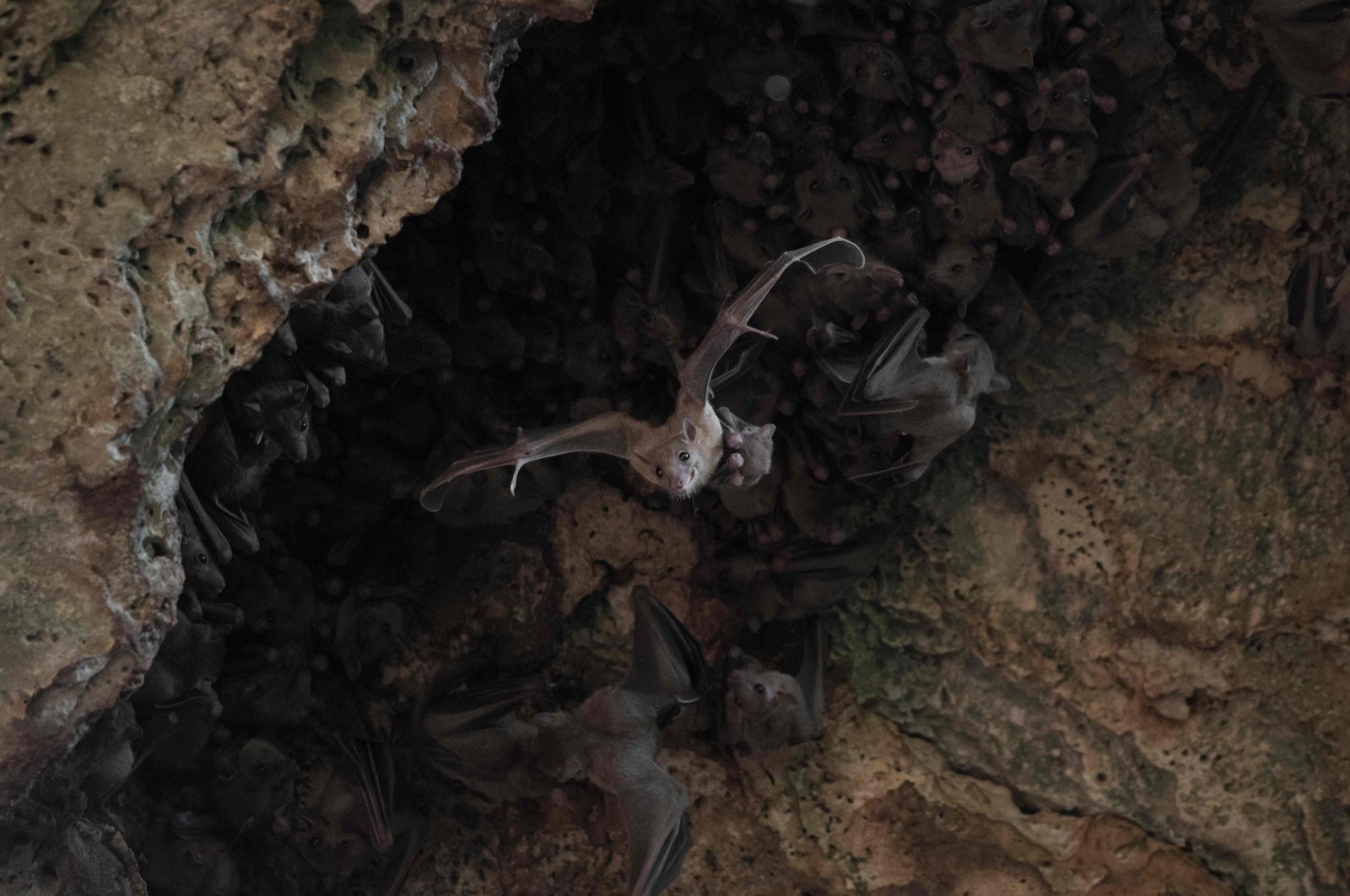 No matter which species of mammals one looks at, one thing is certain: Mothers are life's most important teachers. They give birth, care with deep love, and occasionally maybe even help little ones construct a mind map of local foraging sites. That may not be true for humans but it certainly is in the case of bat mothers and their flightless pups latched to their nipples.

A new study published in the peer-reviewed scientific journal Current Biology on Wednesday by Israeli researchers sheds light on how mammal parents help their young learn critical life skills – in this case, Egyptian fruit bats, as they soar through the night evading predators and finding figs.

"How animals, humans included, acquire their behavioral skills is a fundamental question," Yossi Yovel, a scientist at the University of Tel Aviv and one of the paper's three authors told Agence France-Presse (AFP).

"We know that animals do amazing things. Bats for instance navigate dozens of kilometers every night to forage, and we have always wondered how they learn to do so."

Many bat species carry their young in flight, but there is an energy cost in transporting a pup that can be up to 40% of the mother's own weight, and the benefits for the offspring were unclear. It was hypothesized – but never proven – this may be to facilitate learning in the young.

To find out for sure, Yovel and his colleagues placed miniaturized GPS trackers on dozens of mother-pup pairs, as the offspring passed from dependence to independence.

Co-author Aya Goldshtein said they were able to document a set of distinct patterns.

"At the beginning, the mother and pup are constantly attached, they fly together and the mother carries the pup during the entire night," she explained – weeks one to three of the young mammal's life.

Next comes the "drop-off" phase when mothers carry their pups and park them on a tree a few kilometers (miles) from their colony.

At this stage, three to 10 weeks in, the mothers continuously return from foraging to check on their young, feeding them and helping warm them.

After that, at eight to 10 weeks, the pups start flying alone to the same drop-off sites during the night and returning to their roost before dawn – though their mothers' work is not quite done, and they continue to check in.

"Imagine you have a teenager at home – he's already kind of independent, but you also want to monitor he's not doing something stupid like not coming back to the house at the end of the night," said Goldshtein. Or, when pups fail to fly out alone, their mums carry them again.

Finally, at 10 weeks and beyond, the pups use the drop-off sites as starting points for independent exploration of new fruit trees.

In essence, the sites serve as navigational aids that help the young set out and return home.

As a control, the team raised some pups without their mothers and found they often could not find their way back to their cave before sunrise.

"These trees are a bit like meeting points for lost-children in amusement parks," said Yovel.

The drop-off sites also serve as secondary roosts, and having many of them helps reduce the pups' exposure to predators such as owls.

"One of the craziest parts of the paper was the pup actually learns when he's attached upside down," said co-author Lee Harten. She added it's possible that "his eyes are open and he's actually gathering information while being passively transferred."

That, in turn, suggests the pups' brains invert the visual input into an upright image.

Harten said she was pleased to contribute to the scientific gap about how animals help their young learn – particularly among bats, who comprise a fifth of all mammals on Earth but remain understudied.

While the team showed the bat mothers change what they do when they have children, invest energy in specific behavior, and their offspring learn as a result of that behavior, they are hesitant to use the word "teaching" in the study, which is seen as an anthropomorphism by the scientific community.

"In order to prove teaching – you must show intention and this is very difficult with animals (you cannot simply ask them)," said Yovel.

"I would call this teaching, but to be careful, we say that they place the pups in a position that allows them to learn."