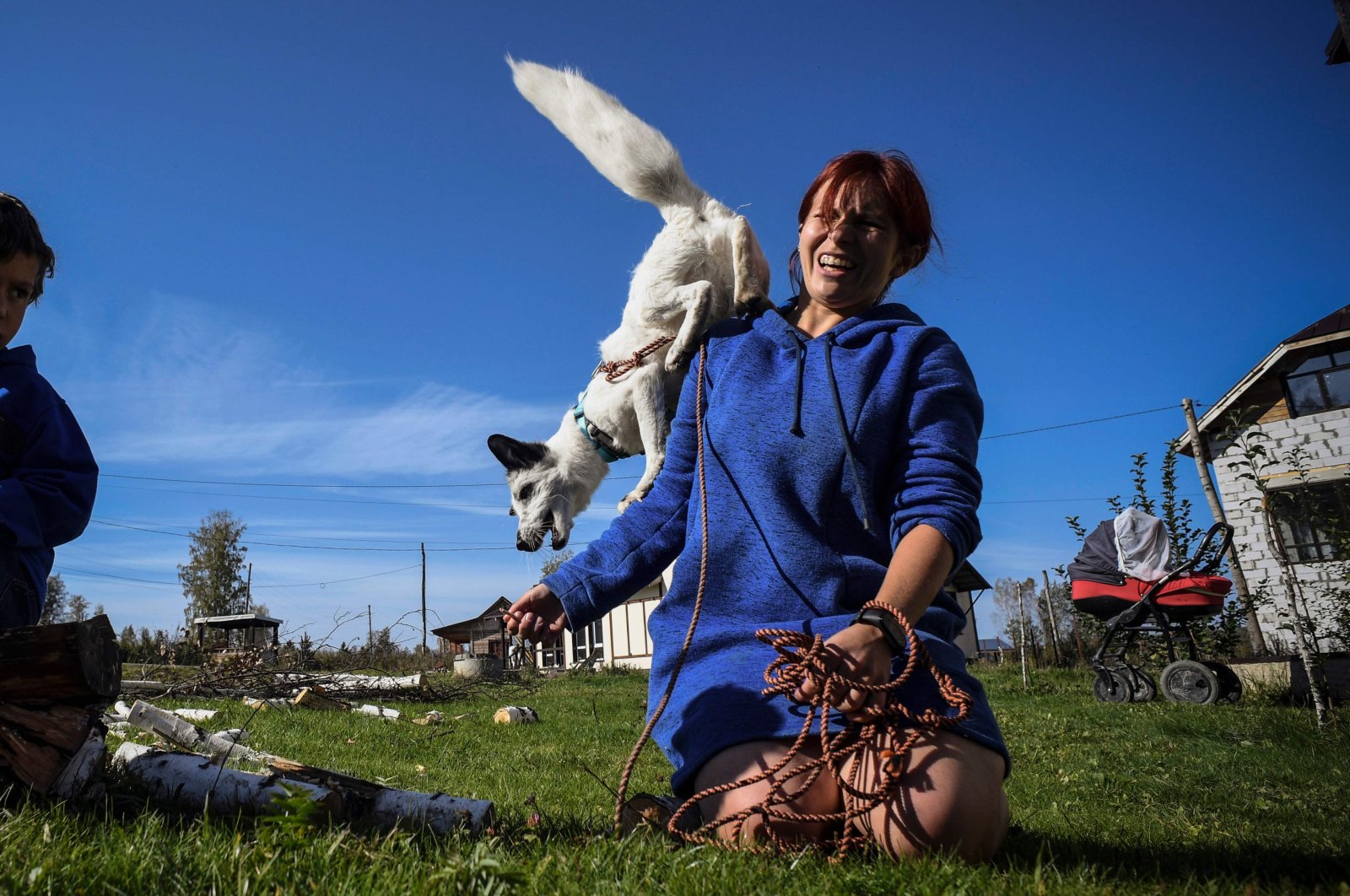 Soaking up the sun in their garden, Sergei Abramov and his wife Tatiana are playing with their furry pet, Plombir, who is wagging his tail and winning treats for obeying his owners' commands.

But Plombir, whose white fur matches the color of the beloved Soviet ice cream he was named after, is not Abramov's canine best friend.

He is actually a fox, bred by Russian scientists as part of a decadeslong experiment in Siberia to study how wild animals are domesticated.

Plombir is happy to be led around by his owners on a leash, but as he pulls toward chickens safe in their cage, it's clear he hasn't lost all his animal instincts.

"Yes, he already tried to eat our chickens and run away," says Abramov, 32, who lives in the suburbs of Russia's third-largest city Novosibirsk.

His wife, biologist Tatiana Abramova, 33, admits she always wanted to live with a fox.

She concedes that Plombir is "friendly and kind" but not very obedient.

"He jumps on tables or jumps inside the fridge. He steals things and hides them," she says.

Such an energetic animal is better suited to living outdoors, the couple has decided, and they set aside a spacious nook in their garden as Plombir's home.

He enjoys being stroked, he can do tricks and is always eager to play – unlikely characteristics for most foxes but not surprising given that he and his ancestors were bred by scientists to be friendly pets.

In 1959, Soviet geneticists Dmitry Belyaev and Ludmila Trut launched the experiment on a farm in the Akademgorodok scientific research center near Novosibirsk.

Their goal was to tame foxes and understand how these ancestors of wolves evolved into the loyal and loving dogs we know now.

For decades, researchers at the farm have selected the most friendly animals for breeding. Others were put down, and a small number were sold as pets.

This artificial selection "changes everything in their body," said Yuri Gerbek, one of around 15 scientists working at the center that is home to almost 1,000 foxes.

In particular, this rigid selection has altered foxes' pigment and shortened their muzzles.

"We are trying to understand which genes change and how they change," Gerbek explained.

He added that the team keeps wild as well as tamed foxes "for comparison." Yet due to a lack of funding, the animals are kept in old and rusting cages.

Discoveries 'yet to be made'

Belyaev died in 1985, and the experiment was nearly shuttered over a lack of funding during the fall of the Soviet Union in 1991 and the economic crisis that followed.

It survived, however, and has even won international attention since the emergence of DNA sequencing techniques that made it possible to study the foxes' genetic code.

That is particularly true since the team is studying the effects of domestication on foxes' brains and in particular their levels of oxytocin, known as the love hormone.

Studies have shown that oxytocin nurtures protective behavior, empathy and feelings of love, and it could play a key role in rendering foxes better pets.

But the experiment might also offer a window into human evolution – in particular an existing theory that our human ancestors domesticated themselves, Wilkins says.

It is an apt comparison "because many of the changes that domesticated foxes have undergone look like possible related changes in human evolution," says Wilkins.

"Important discoveries are yet to be made," he added.