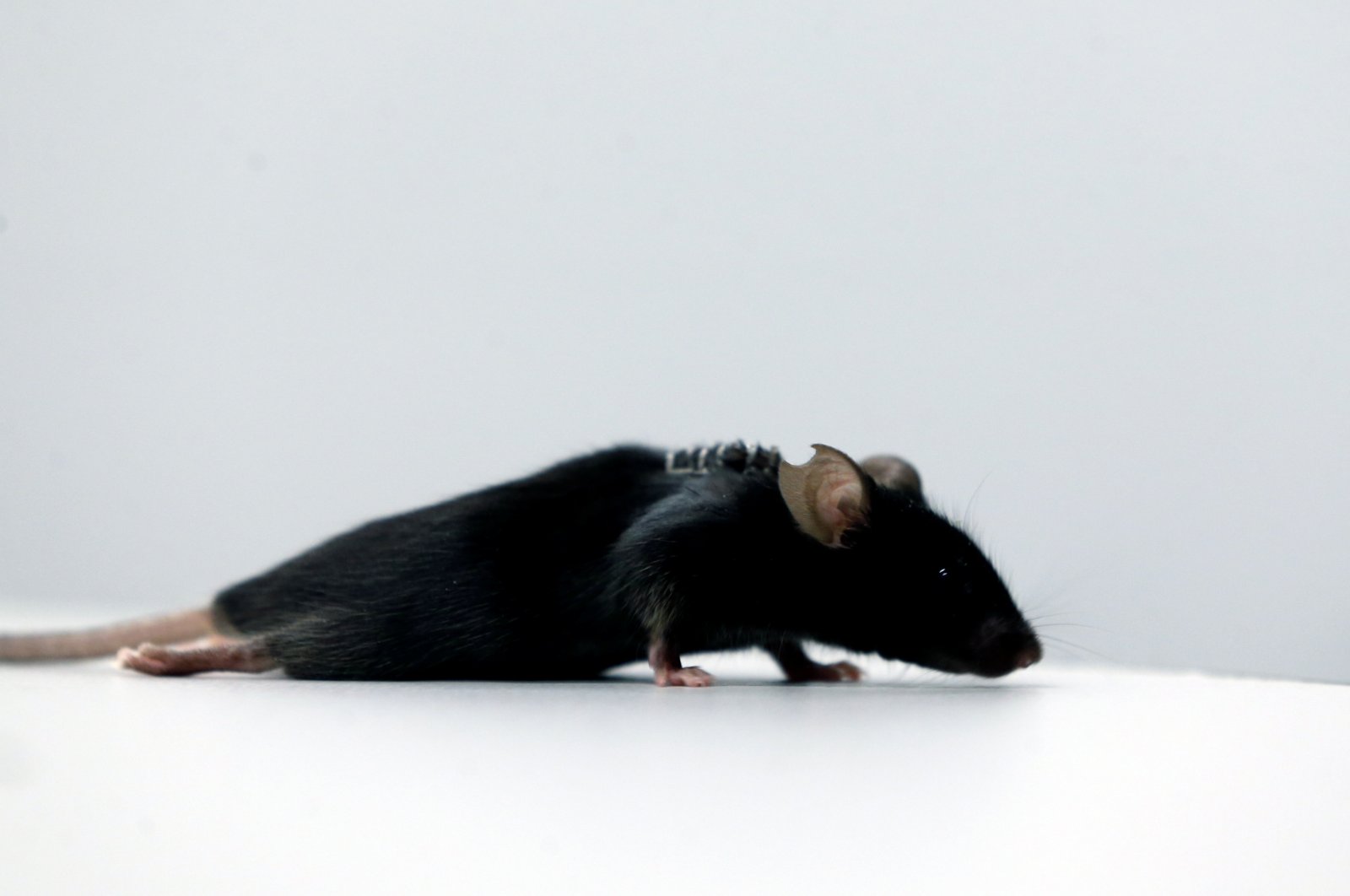 A paralyzed mouse at a lab at Ruhr University, where scientists discovered a way to restore the ability to walk in mice that had been paralyzed after a complete spinal cord injury, in Bochum, Germany, Jan. 21, 2021. (Reuters Photo)
by Reuters Jan 24, 2021 10:40 am
RECOMMENDED

Mice paralyzed due to spinal cord injury are now able to walk again thanks to a team of German scientists who managed to treat the damaged neural link, once thought irreparable, with a designer protein.

Spinal cord injuries in humans, often caused by sports or traffic accidents, leave them paralyzed because not all of the nerve fibers that carry information between muscles and the brain are able to grow back.

But the researchers from Ruhr University Bochum managed to stimulate the paralyzed mice's nerve cells to regenerate using a designer protein.

"The special thing about our study is that the protein is not only used to stimulate those nerve cells that produce it themselves, but that it is also carried further (through the brain)," the team's head Dietmar Fischer told Reuters in an interview.

"In this way, with a relatively small intervention, we stimulate a very large number of nerves to regenerate and that is ultimately the reason why the mice can walk again."

The paralyzed rodents that received the treatment started walking after two to three weeks, he said.

The treatment involves injecting carriers of genetic information into the brain to produce the protein, called hyper-interleukin-6, according to the university's website.

The team is investigating if the treatment can be improved.

"We also have to see if our method works on larger mammals. We would think of pigs, dogs or primates, for example," Fischer said.

"Then, if it works there, we would have to make sure that the therapy is safe for humans too. But that will certainly take many, many years."