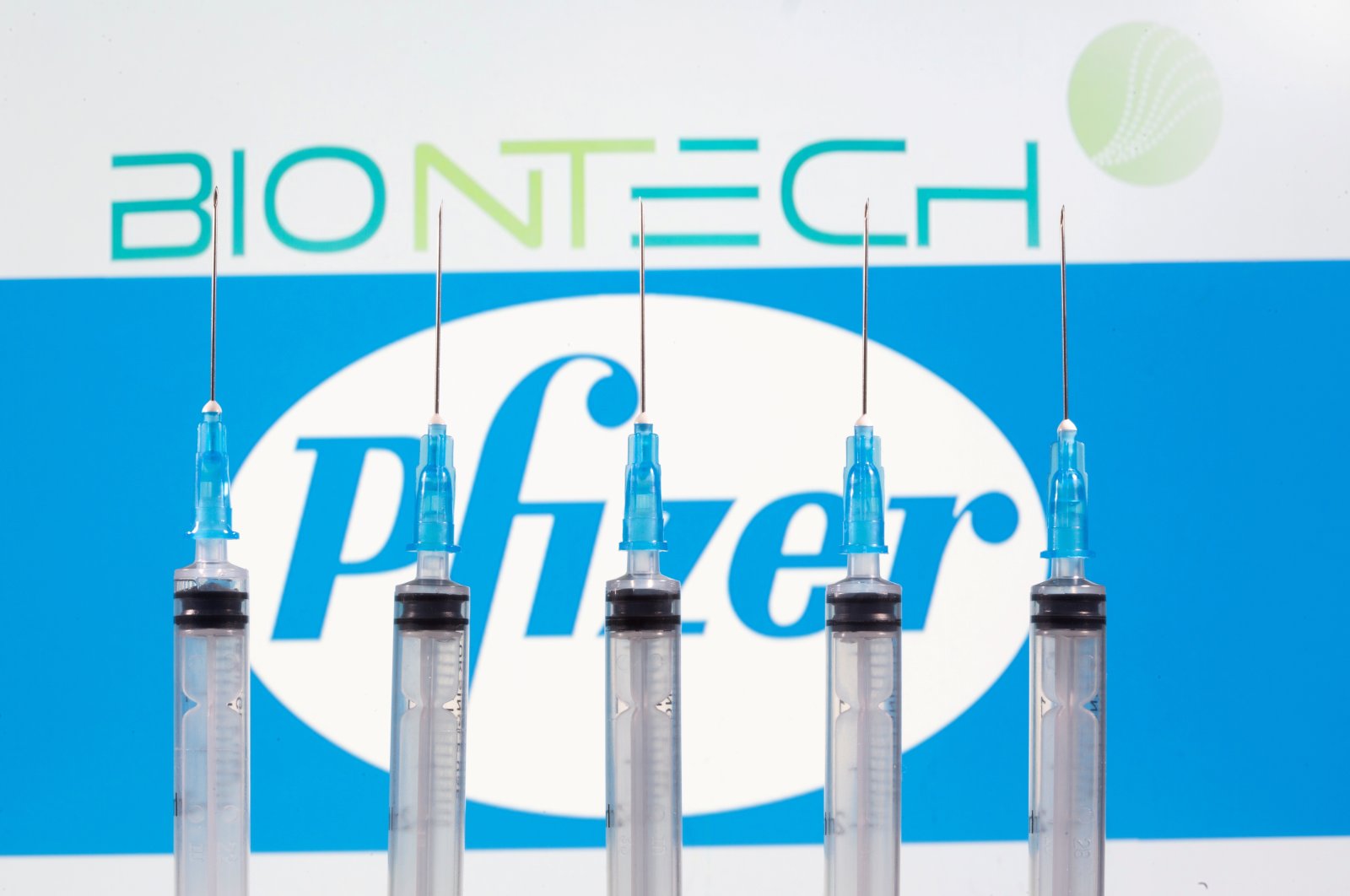 Syringes seen in front of displayed BioNTech and Pfizer logos in this illustration. (REUTERS/File Photo)
by REUTERS
Nov 18, 2020 2:58 pm

Pfizer Inc. said Wednesday that final results from the late-stage trial of its COVID-19 vaccine show it was 95% effective, adding it had the required two-months of safety data and would apply for emergency U.S. authorization within days.

The drugmaker said the efficacy of the vaccine developed with German partner BioNTech SE was consistent across age and ethnicity demographics and that there were no major side effects, a sign that the immunization could be employed broadly around the world.

Efficacy in adults over 65 years, who are at particular risk from the virus, was over 94%.

The final analysis comes just one week after initial results from the trial showed the vaccine was more than 90% effective. Moderna Inc. on Monday released preliminary data for its vaccine, showing similar effectiveness.

The better-than-expected data from the two vaccines, both developed with a new technology known as messenger RNA (mRNA), have raised hopes for an end to a resurgent pandemic that has killed more than 1.3 million people globally and wreaked havoc upon economies and daily life.

However, while some groups such as health care workers will be prioritized in the United States for vaccinations this year, it will be months before large-scale rollouts begin.

Pfizer said on Wednesday there had been 170 cases of the disease in its trial of more than 43,000 volunteers, of which 162 were observed in the placebo arm and eight were in the vaccine group. Ten people developed severe COVID-19, one of whom received the vaccine.

It also said the vaccine was well-tolerated and that side effects were mostly mild to moderate and cleared up quickly.

The only severe adverse event that affected more than 2% of those vaccinated was fatigue, which affected 3.7% of recipients after the second dose. Older adults tended to report fewer and milder solicited adverse events following vaccination.

The results come as the virus is running rampant in the United States, Europe and elsewhere, placing an enormous strain on health care systems with record numbers of new cases and hospitalizations.

The approach of winter in the northern hemisphere in tandem with the holiday season is expected to worsen case numbers as people spend more time indoors and get together for family gatherings.

"With hundreds of thousands of people around the globe infected every day, we urgently need to get a safe and effective vaccine to the world," Pfizer CEO Albert Bourla said in a statement.

Pfizer and BioNTech also said they plan to submit the data to other regulatory agencies around the world as well as the U.S. They also plan to submit data from the study to a peer-reviewed scientific journal.

Pfizer reiterated it expects to make as many as 50 million vaccine doses this year, enough to protect 25 million people and then produce up to 1.3 billion doses in 2021.

Of the dozens of drugmakers and research groups racing to develop vaccines against COVID-19, the next data release will likely be from AstraZeneca Plc with the University of Oxford in November or December. Johnson & Johnson says it is on track to deliver data this year.