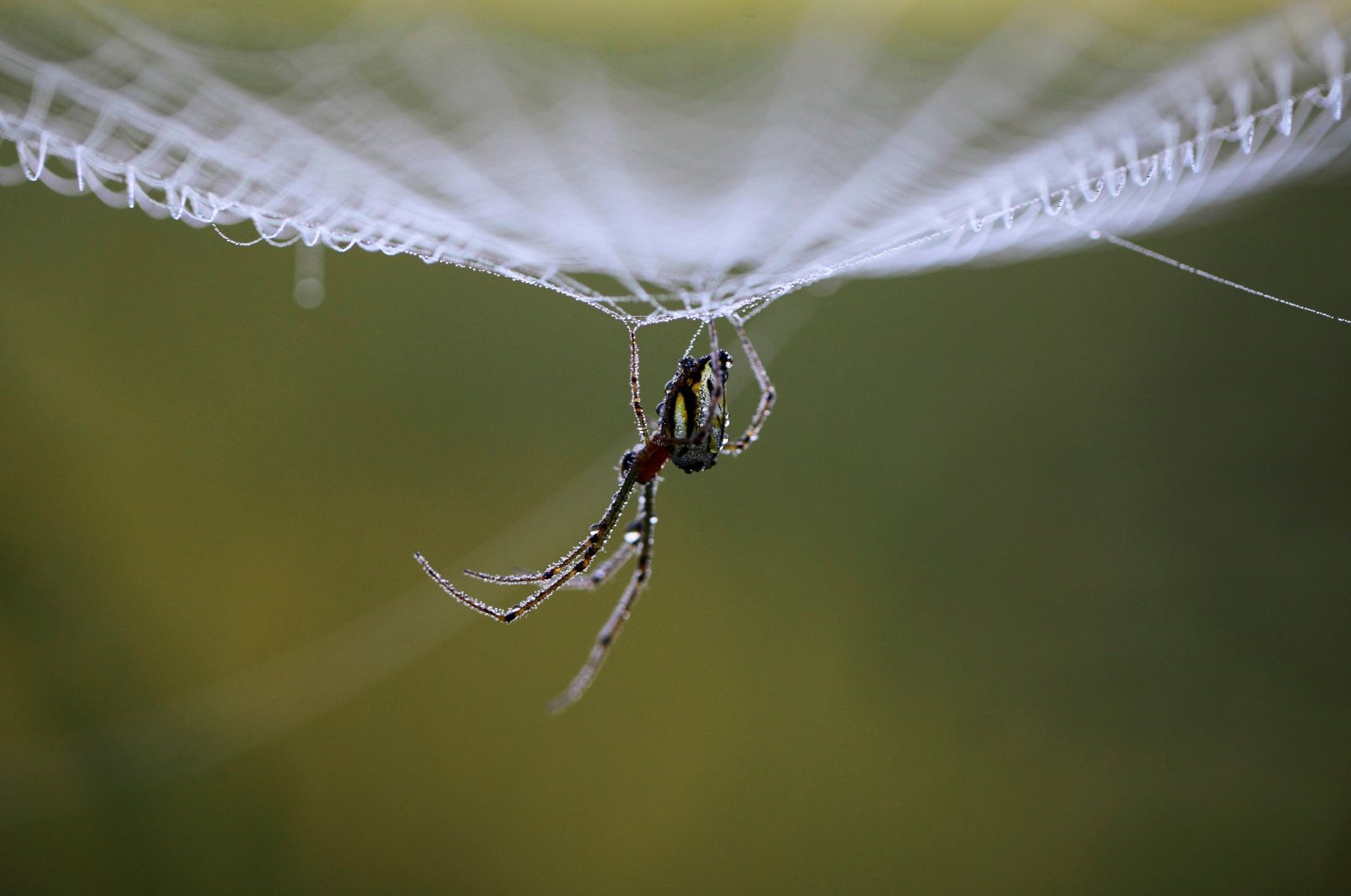 The eight-legged creatures of nightmares – or was it ten-legged, public opinion is very much divided on this – spiders are an otherworldly species ranging from small and deadly to scary but harmless, and now scientists can actually listen to their iconic webs' melodies.

It is an eerie, foreboding, reverberating tune, enough to send a tingle down your spine. This is what a spiderweb sounds like.

From communication to construction, spiderwebs may offer an orchestra of information, says Markus Buehler, an engineering professor at the Massachusetts Institute of Technology, who has been using artificial intelligence to study them.

"Spiders utilize vibrations as a way to communicate with the environment, with other spiders," he said. "We have recorded these vibrations from spiders and used artificial intelligence to learn these vibrational patterns and associate them with certain actions, basically learning the spider's language."

Buehler and his team of researchers created 3D models of spiderwebs when the arachnids were doing different things, such as construction, repair, hunting and feeding. They then listened for patterns in the spider signals and recreated the sounds using computers and mathematical algorithms.

"Spiders are a whole different animal," said Buehler. "What they see or sense isn't actually audible or visible to the human eye or the human ear. And so by transposing it, we begin to experience that."

Buehler hopes his team's work will enable humans to understand the language of a spider and one day communicate with them.

"The melodies are really the kind of relationships that the spider would also experience. And so we can begin to feel a little bit like a spider in that way," Buehler said.

There are more than 47,000 species of spiders, and all spin silk webs to provide housing and catch food. Scientists say the silk from a spiderweb is five times stronger than steel.

The living structure of a spiderweb could lead to innovations in construction, maintenance and repair, Buehler said.

"We can imagine creating a synthetic system that would mimic what the spider does in sensing the web, repairing the web," he said.