Supernova is biggest and brightest on record, dazzling scientists 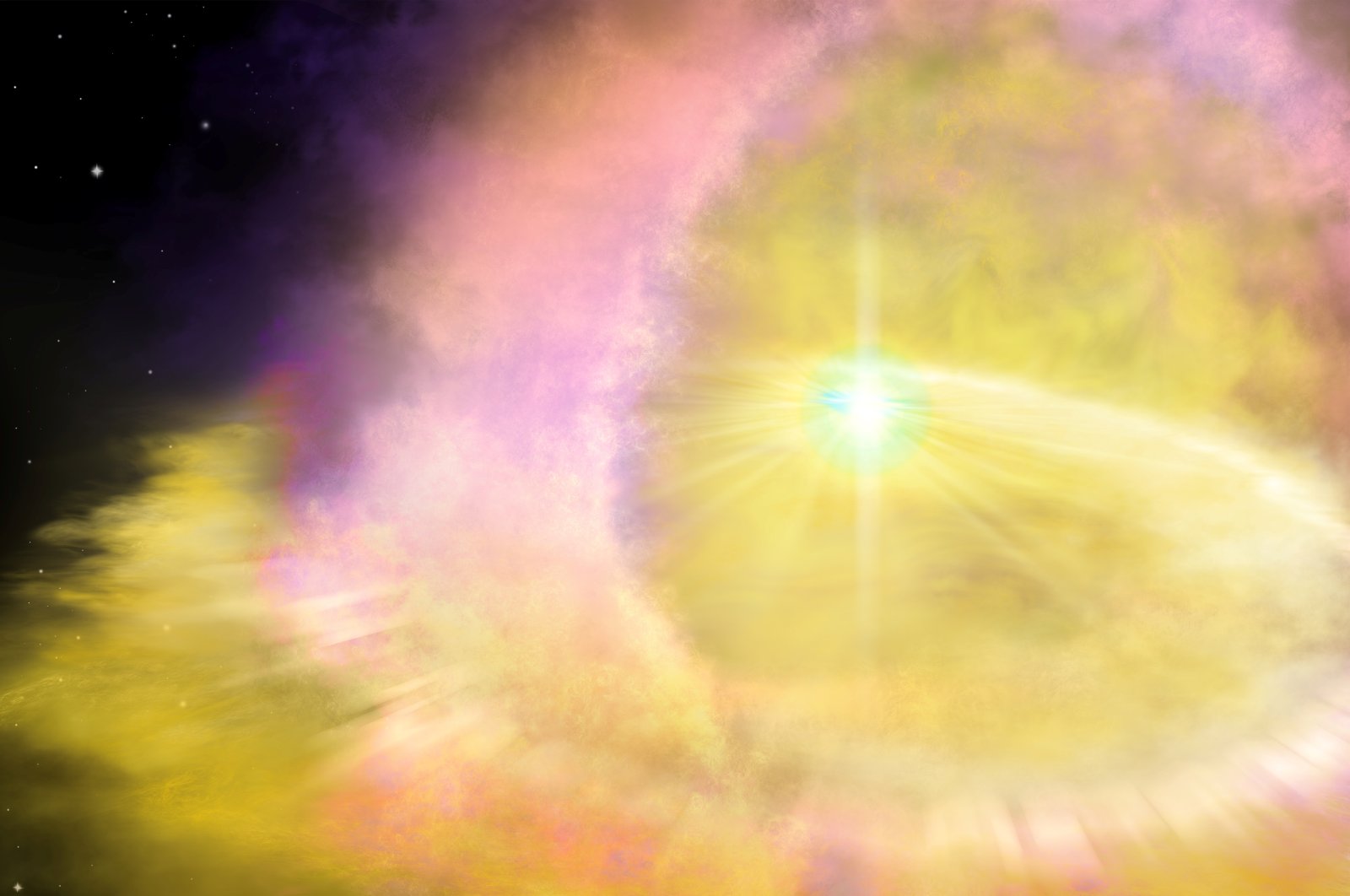 Scientists have observed the biggest supernova – a stellar explosion – ever detected, the violent death of a huge star up to 100 times more massive than our sun in a faraway galaxy.

The supernova, releasing twice as much energy as any other stellar explosion observed to date, occurred about 4.6 billion light-years from Earth in a relatively small galaxy, scientists said. A light-year is the distance light travels in a year, 5.9 trillion miles (9.5 trillion kilometers). It might represent, they added, a type of supernova that until now has only been theorized.

Astrophysicist Matt Nicholl of the University of Birmingham in England said two very massive stars – each about 50 times the sun's mass – may have merged to make one extremely massive star roughly 1,000 years before the explosion. They had been part of what is called a binary system with two stars gravitationally bound to each other.

The merged star exploded in a supernova, formally named SN2016aps, inside a very dense and hydrogen-rich envelope.

"We found that the supernova was able to become so bright because of a powerful collision between the debris ejected by the explosion and a shell of gas shaken off by the star a few years earlier," said Nicholl, lead author of the study published this week in the journal Nature Astronomy.

Stars die in various different ways depending on their size and other properties. When a massive star – more than eight times the mass of our sun – uses up its fuel, it cools off and its core collapses, triggering shock waves that cause its outer layer to explode so violently that it can outshine entire galaxies.

The researchers, who observed the explosion for two years until it diminished to 1% of its maximum brightness, said it may have been an example of an extremely rare "pulsational pair-instability" supernova.

"Pulsational pair-instability is when very massive stars undergo pulsations which eject material away from the star," said study co-author Peter Blanchard, a postdoctoral fellow in astrophysics at Northwestern University in Illinois.

"This discovery shows that there are many exciting and new phenomena left to be uncovered in the universe," Blanchard added.

Very massive stars like this one were probably more common early in the universe's history, Nicholl said.

"The nature of those first stars is one of the big questions in astronomy. In astronomy, seeing things further away means looking back further and further in time. So we might actually be able to see the very first stars if they explode in a similar manner to this one. Now we know what to look for," he added.