by Reuters with Daily Sabah 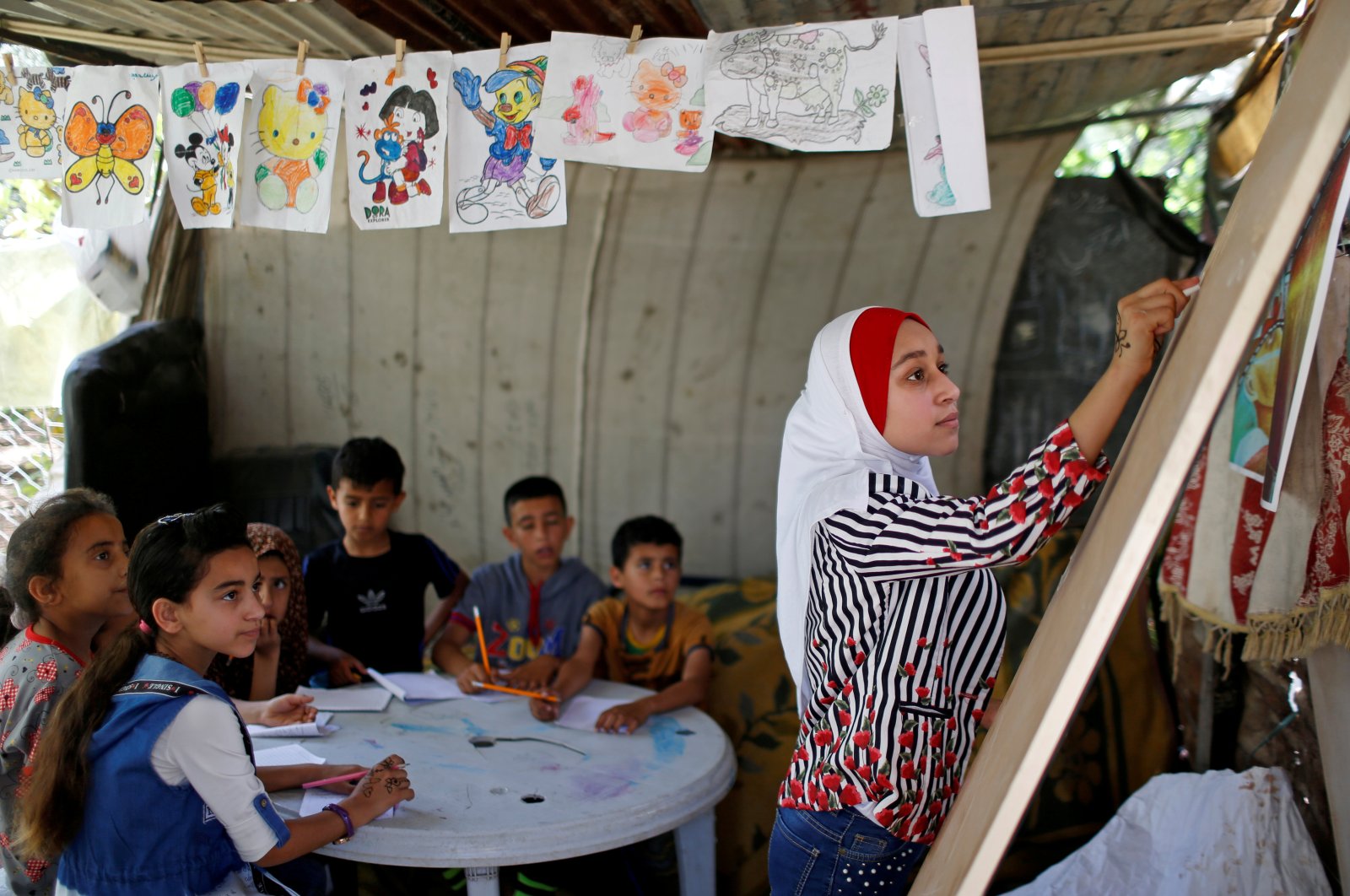 A Palestinian schoolgirl Fajr Hmaid, 13, holds Arabic language lessons for her neighbors' children as schools are shut due to the coronavirus restrictions, at her family house, Gaza, May 19, 2020.
by Reuters with Daily Sabah May 19, 2020 2:51 pm
RECOMMENDED

In a wooden shack in the Gaza Strip, a 13-year-old girl holds classes for neighborhood children who have missed out on their studies since schools were closed in March due to the coronavirus crisis.

Fajr Hmaid, who hopes to become a professional teacher one day, provides English, Arabic and math lessons to a class that has grown from four pupils to 15.

"I wanted to bring them here and teach them, this is my talent," Hmaid said, wearing a white head-covering in the religiously conservative enclave.

"I have one girl in first grade. If she is absent from school for a period of time, she will forget how to grab the pen and how to write."

Gaza teachers have also been giving lessons online during the health crisis.

Fajr's father, Bandar Hmaid, said he was fine with the role his daughter has taken on.

Around 20 people have tested positive for the virus in the Hamas Islamist-run Palestinian enclave, where cross-border traffic has long been limited by Israel and Egypt and those entering Gaza in recent months have gone into quarantine.

Despite quarantine measures, officials have voiced concerns that a shortage of critical equipment and medical supplies could set off a rapid spread among the enclave's 2 million people.

The coronavirus has made matters worse for Gaza’s health system of 13 public hospitals and 14 clinics, run by nongovernmental organizations. The system was already under pressure due to persistent blockade-linked shortages of medicine and surgical supplies.