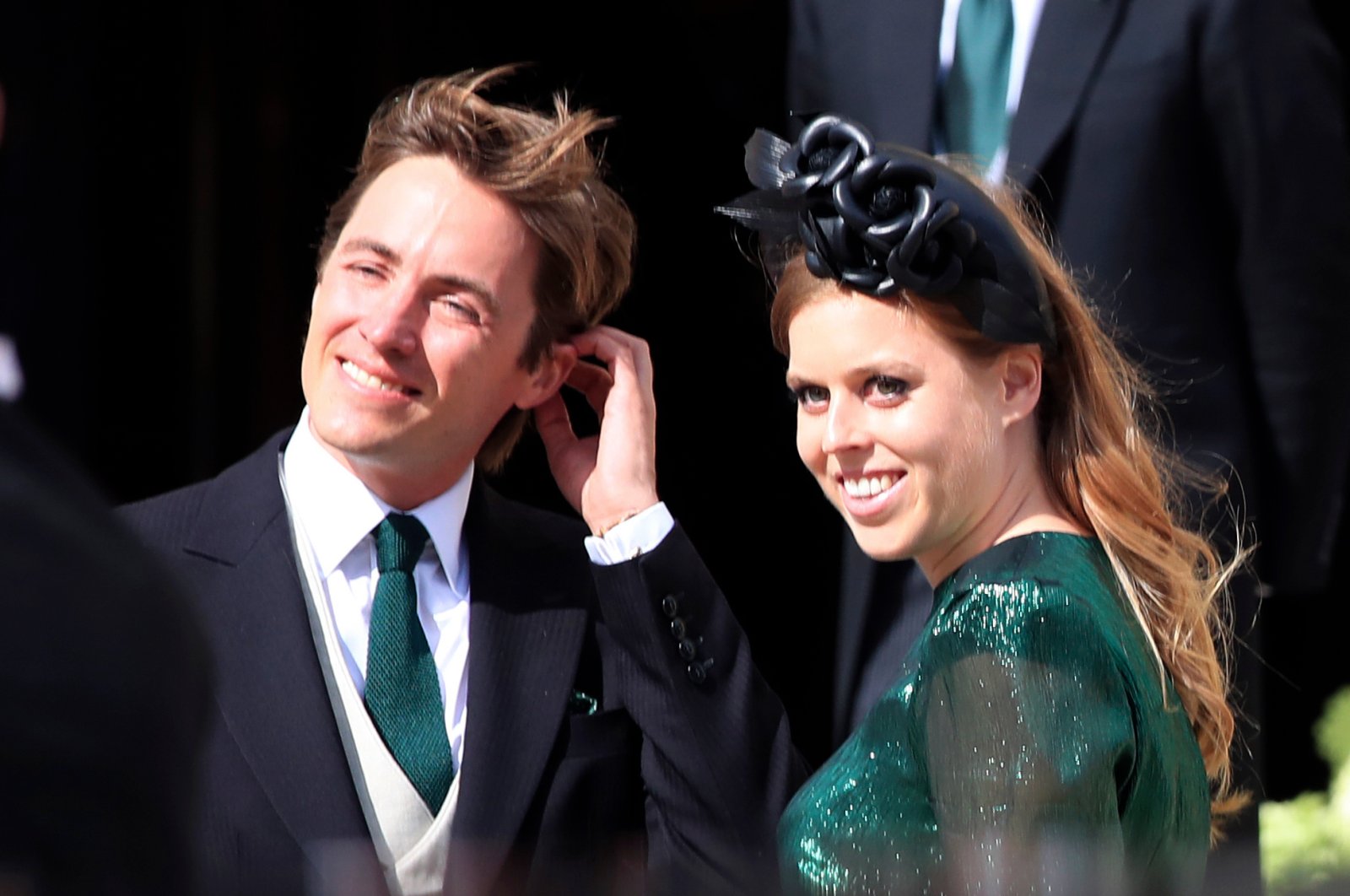 Prince Andrew's eldest daughter Princess Beatrice married her Italian businessman fiancé on Friday in a small private ceremony in front of Queen Elizabeth II, after postponing the wedding because of the coronavirus outbreak.

Beatrice, 31, had been due to marry property developer Edoardo Mapelli Mozzi, 37, at St. James's Palace in central London on May 29.

But the nuptials were on hold and no rescheduled date was given.

Buckingham Palace confirmed the couple tied the knot in an unannounced ceremony involving a small number of guests, including Prince Philip.

"The private wedding ceremony of Princess Beatrice and Mr Edoardo Mapelli Mozzi took place at 11:00 am (1000 GMT) on Friday 17th July, at the Royal Chapel of All Saints at Royal Lodge, Windsor," the royal family said in a statement.

"The small ceremony was attended by the Queen, the Duke of Edinburgh (Prince Philip) and close family. The wedding took place in accordance with all relevant government guidelines."

The queen, 94, and her 99-year-old husband have been self-isolating at the castle west of London because their age puts them in a high-risk category for the coronavirus.

"My granddaughter got married this morning. Both Philip and I managed to get there – very nice," she told Captain Tom Moore after making him a "sir" in recognition of his efforts.

Members of the royal family have been living in different royal residences since the start of the lockdown in late March.

Beatrice and her sister Eugenie, 30, are the daughters of Andrew and his ex-wife Sarah Ferguson. Both attended the ceremony, as did the groom's parents, reports said.

The princess is ninth-in-line to the throne and works for an artificial intelligence software firm. Mappelli Mozzi is a count and the son of a former Olympic skier.

Mapelli Mozzi, whose stepfather was a friend of Britain's former prime minister David Cameron, has a young son called Wolfie from a previous relationship.

Prince Andrew stepped back from frontline royal duties last year after he caused outrage in a television interview by defending his friendship with Jeffrey Epstein.

Epstein, a millionaire U.S. financier, was found dead in prison last year as he awaited trial on sex trafficking charges.

Andrew, 60, has denied claims that he had sex with a 17-year-old girl trafficked by Epstein.

U.S. investigators are keen to speak to the prince about his links to Epstein, after the arrest of British socialite Ghislaine Maxwell on sex trafficking charges.