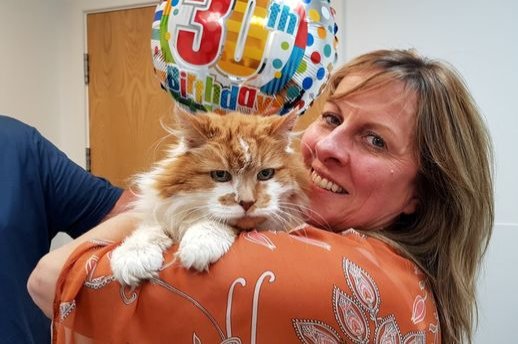 The world’s oldest cat, Rubble, has passed away at the ripe old age of 31, which is equivalent to almost 150 in human years.

Michele Heritage, 52, who was given Rubble as a kitten for her 20th birthday, expressed her deep sorrow from their home in Exeter, U.K.

She said that she had cosseted the feline as her own, as she had never had children herself in life. Rubble, a Maine Coon – the largest species of domesticated cats – reportedly had no specific health problems and died of old age, having become very thin during the last days of his life.

Rubble took the title of world’s oldest cat in May 2019, after reaching his 31st birthday.

According to the Guinness Book of Records, the oldest cat of all time was a moggy by the name of Creme Puff, who passed away in 2005 at the age of 38.