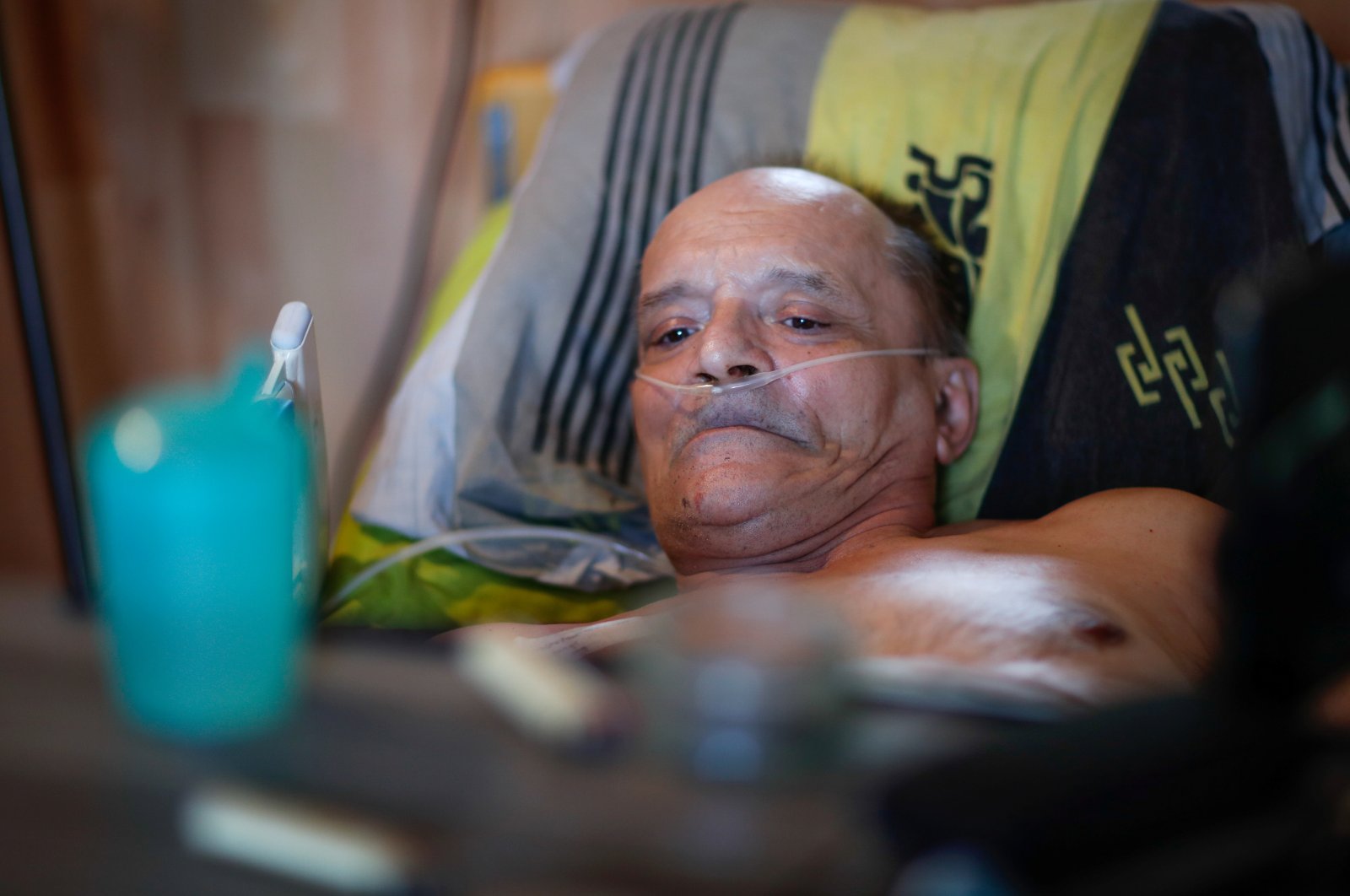 Alain Cocq, 57, in the medical bed he has been confined to for years as a result of a degenerative disease that has no treatment, poses after an interview with Reuters at his home in Dijon, France, Aug. 19, 2020. (Reuters Photo)
by REUTERS Sep 05, 2020 2:16 pm
RECOMMENDED

A brief history of time: Time as a concept and what to do with it

A Frenchman suffering from a rare and incurable condition is livestreaming his death on social media as he refuses to take food, drink or medicine after President Emmanuel Macron turned down his request for euthanasia.

Alain Cocq, 57, who has been suffering from a degenerative disease for 34 years, has said he would livestream his death on Facebook from Saturday morning.

"So I have finished my last meal ... I drink to your health one last time. The road to deliverance begins and, believe me, I am happy," Cocq said in a video posted on Friday night and shot from his medicalized bed at his home in Dijon, eastern France.

He had written to Emmanuel Macron asking to be given a sedative to allow him to die in peace but the president wrote back to him explaining this was not allowed under French law.

France's neighbors Switzerland, Belgium and the Netherlands have adopted laws that allow medically-assisted dying in some cases. But France has resisted that step, in part under pressure from the Catholic Church.

"Because I am not above the law, I am not able to comply with your request," Macron said in a letter to Cocq, which the Frenchman published on his Facebook page.

"Your wish is to request active assistance in dying which is not currently permitted in our country," said Macron.

The Claeys-Leonetti law on the end of life, adopted in 2016, authorizes deep sedation but only for people whose prognosis is threatened in the short term.

Cocq has called for a change to French law to allow medically-assisted dying in cases such as his.

Macron added a handwritten postscript to his letter, saying: "With all my personal support and profound respect."

A brief history of time: Time as a concept and what to do with it