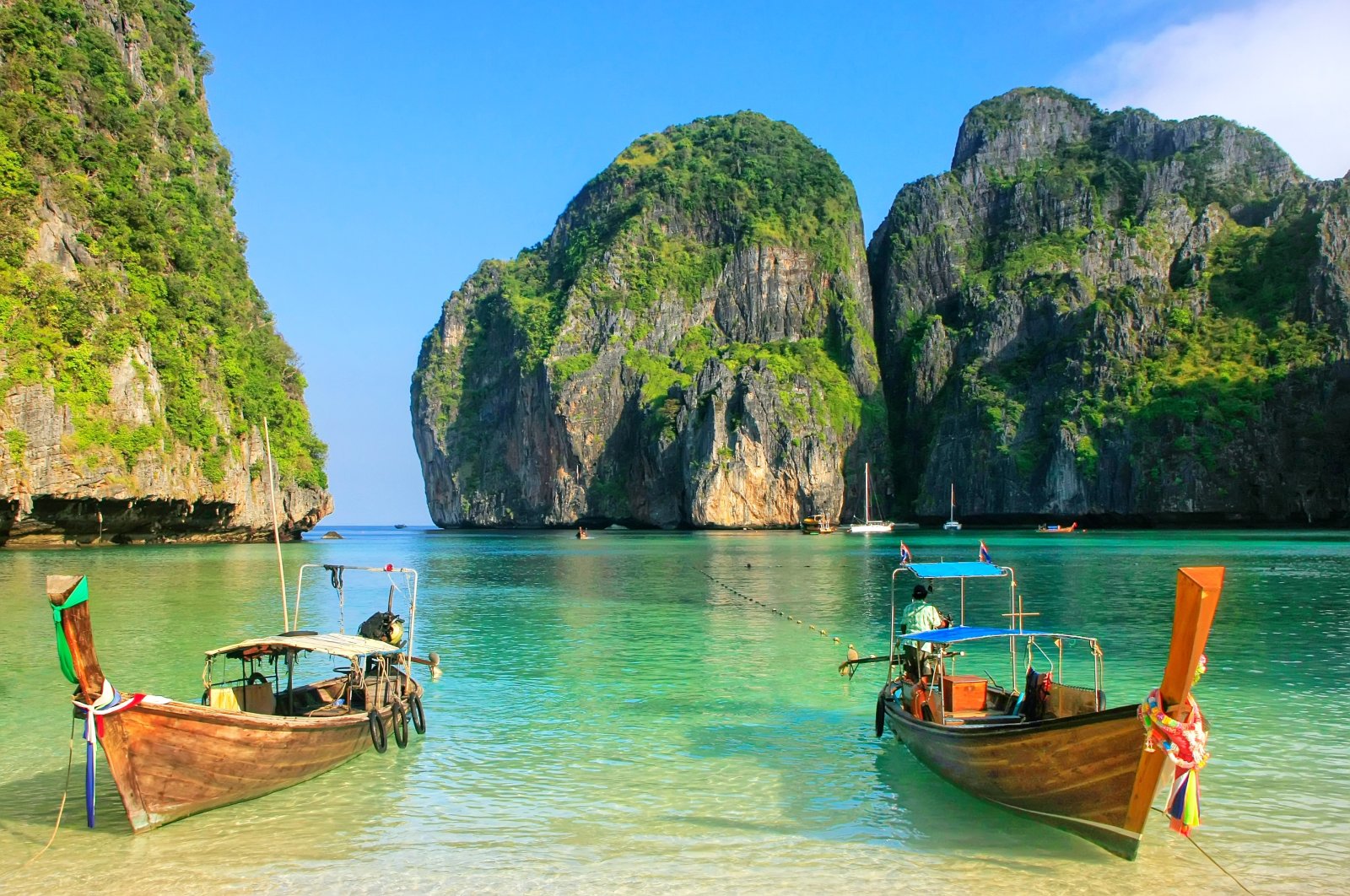 Over-tourism in Maya Bay in Thailand led to massive coral damage after the area was made famous by the 2000 film "The Beach." (Shutterstock Photo)
by German Press Agency - DPA Jan 06, 2022 11:20 am
RECOMMENDED

The dream beach on the Thai island of Ko Phi Phi Leh known from the Hollywood film "The Beach" has reopened to visitors after remaining closed for more than three years to allow it to recover from the effects of over-tourism.

One of Thailand's most popular sights, the pristine bay popularized by the 2000 film starring Leonardo DiCaprio, was indefinitely shut in June 2018 after its coral reef sustained massive damage.

The popular Maya Bay on the southern island was closed after it was discovered that most of its coral had been damaged by boat anchors.

From now on strict regulations apply to protect the paradise of Maya Bay from the consequences of mass tourism.

For example, the bay with its turquoise waters is now only open from 7 a.m. to 6 p.m. daily. The number of guests is limited to 375 tourists per hour, with a cap of 4,125 people allowed to come per day. Each visit is limited to 60 minutes.

In addition, there is a ban on bathing, with anyone who violates it has to face legal consequences.

Furthermore, boats are no longer allowed to approach the beach from the bayside but must anchor on the other side of the island, as reported by the news site The Thaiger.

After the worldwide success of "The Beach," directed by Danny Boyle, tourists from all over the world descended on the beautiful bay.

The initial ban in June 2018 was actually only supposed to last a few months. In May 2019, however, it was extended by two and a half years.

The closure was supposed to help nature – especially the corals – to recover from the yearslong onslaught of tourists. In the meantime, many new corals have been cultivated, which, according to the authorities, are slowly but steadily developing.

As many as 38 million tourists were visiting Thailand every year before the pandemic, and authorities have warned of coral damage across the country.

At Maya Bay alone, there were some 4,000 tourists each day, more than the actual capacity of the beach. After the reopening, it is expected that only about 2,000 people will be allowed to visit the beach per day.