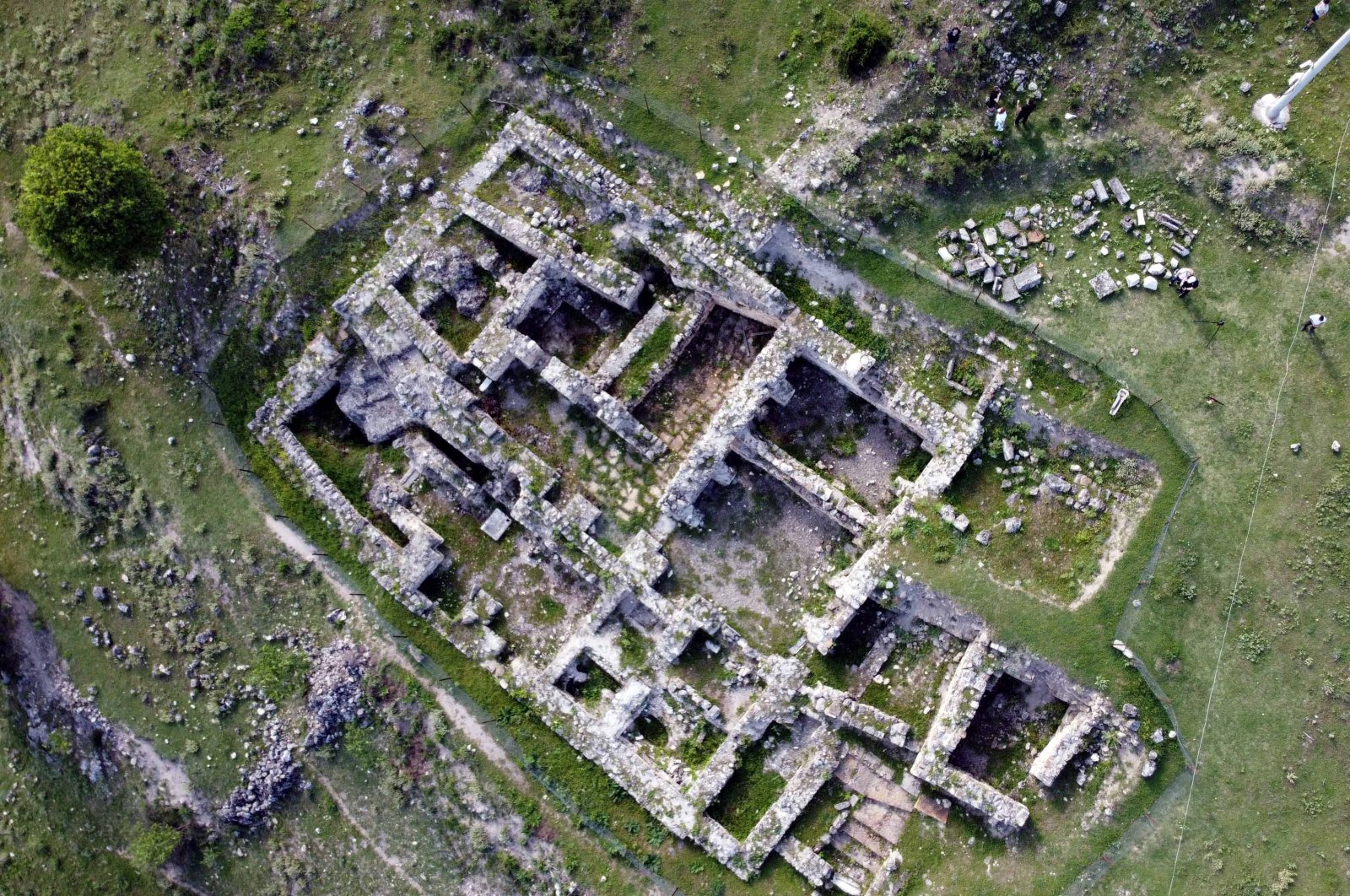 The ancient city of Hadrianopolis in the Eskipazar district of Turkey's northern Karabük province has reopened its doors to visitors following a hiatus due to the coronavirus outbreak.

Excavations started in 2003 at the structures in Hadrianopolis and continue in periods under the direction of Ersin Çelikbaş, a lecturer at the Archaeology Department of Karabük University (KBÜ).

The ancient city is called “Zeugma of Black Sea” because of its mosaics depicting many animals such as horses, elephants, panthers, deer and griffons. Zeugma is a mosaic museum in the southeastern province of Gaziantep.

Hadrianopolis has begun to welcome visitors again in the process of normalization. History enthusiasts tour the city with the help of guides. In the city, the roof of one of the churches, known as Church-C, has mosaics on its bases.

In an interview with Anadolu Agency (AA), Karabük Governor Fuat Gürel said the ancient city of Hadrianopolis is of great importance for the history of the region.

Indicating that the region, which is an important venue in terms of tourism, is visited by hundreds of tourists every year, Gürel added: “Hadrianopolis is a very important point for Anatolia. It is the most important element showing a historical process that began in the first century B.C. and continues to the present day. While the excavations are continuing, we have covered the Church-C and begun to exhibit the mosaics on its bases.”

According to Gürel, visitors can also see 14 public structures in a disorganized state and other types of structures that have been unearthed. “Of course, our priority is to protect it, but on the one hand, this area needs to be opened to tourism. We have applied to the Ministry of Culture and Tourism for the ancient city of Hadrianopolis to be transformed into ruins and opened to tourism. Once this process is complete, it will host more tourists than it does now,” he said.

Çelikbaş noted that they will resume the excavation work in Hadrianopolis on June 20.

Emphasizing that the excavation work will be carried out by a team of 43 people, consisting of students, academics and experts, he stated: “In the excavations carried out in a large area, we have concentrated on the area we call Church-C and the necropolis. The new mosaics that were uncovered in the church have been preserved where they are. In the area of the necropolis, we have found rock tombs. The findings in these two areas are very important. We are exploring them.”