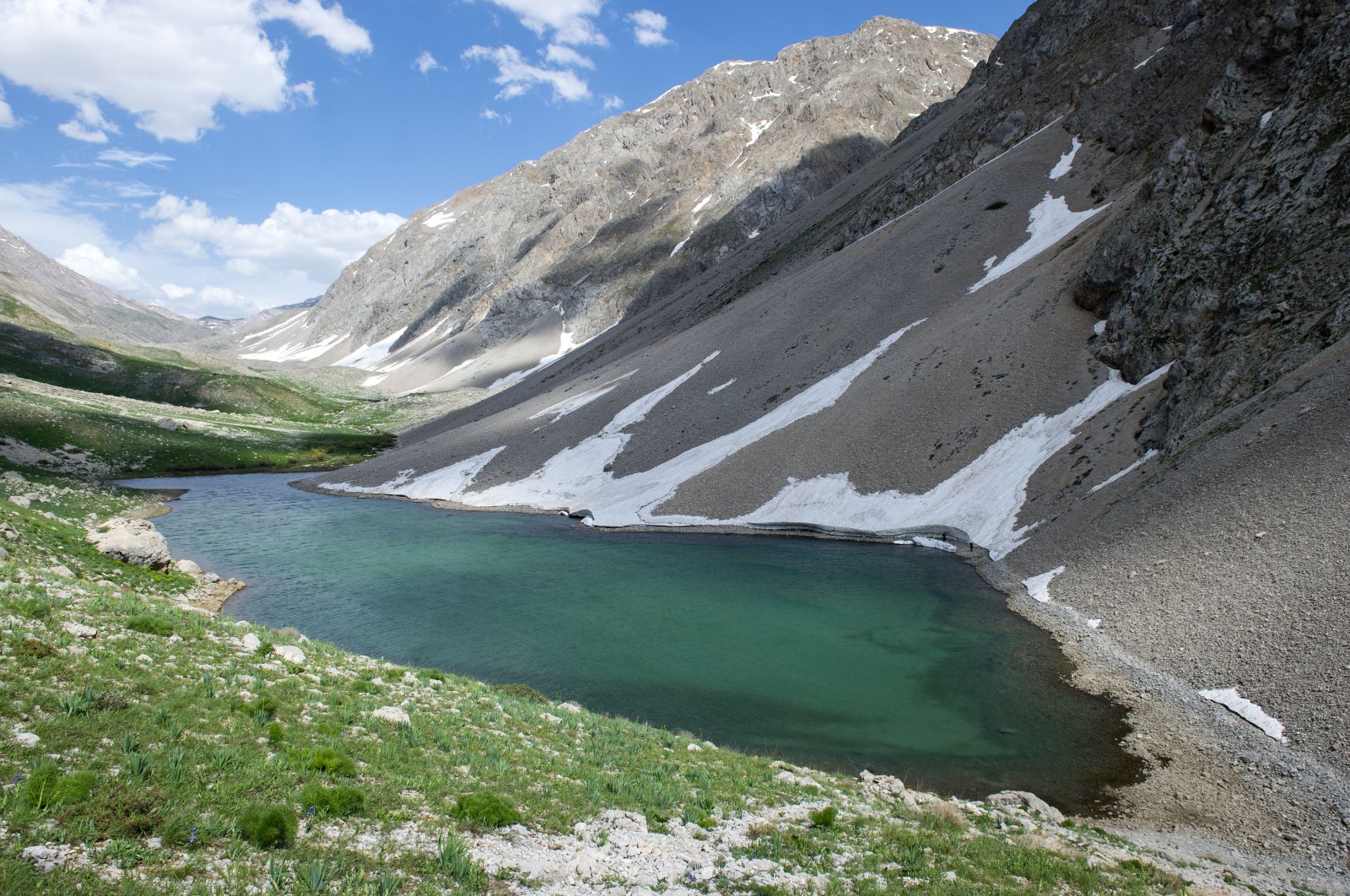 The glacial lakes formed by melting snow in the Mercan Valley in eastern Turkey are a popular destination for camping, photography and trekking enthusiasts. (AA Photo)
by Anadolu Agency May 26, 2021 10:02 am
RECOMMENDED

With dozens of natural beauties, Turkey has been a great destination for camping, hiking and trekking enthusiasts from all over the world.

Foreign and local tourists are now heading to one of the most popular destinations for camping lovers – the glacial lakes formed by melting snow in the Mercan Valley in eastern Turkey.

Located between the Munzur and Mercan mountains in the province of Tunceli, the Ovacık district at an altitude of 1,500 meters (4,921 feet) attracts nature lovers with its majestic beauty.

The glacial lakes formed by melting snow are among the most attractive beauties in the valley, which stretches for kilometers between steep mountains.

Glacial lakes located at two different sides of the valley create picturesque views with their azure view between the high mountains surrounding them.

Travel groups who want to go to the lakes in the valley for daily trips depart from the district center by car and first arrive at the village of Şahverdi. From there it takes around three hours to climb to the glacial lakes.

Çağdaş Kayaoğlu, a visitor to the snow-covered glacier lakes, told Anadolu Agency that he came to see the beauty of the Mercan Mountains.

He said that they reached the largest glacial lake after visiting ponds large and small, adding, “The glacial lakes have an excellent view and we enjoyed nature.”

Noting that the valley is rich in wildlife, Kayaoğlu said, “Here we often encounter species such as pigs, brown bears, wild goats and partridges.”

“We even saw six brown bears looking for food on cliffs while coming to the glacial lakes.”