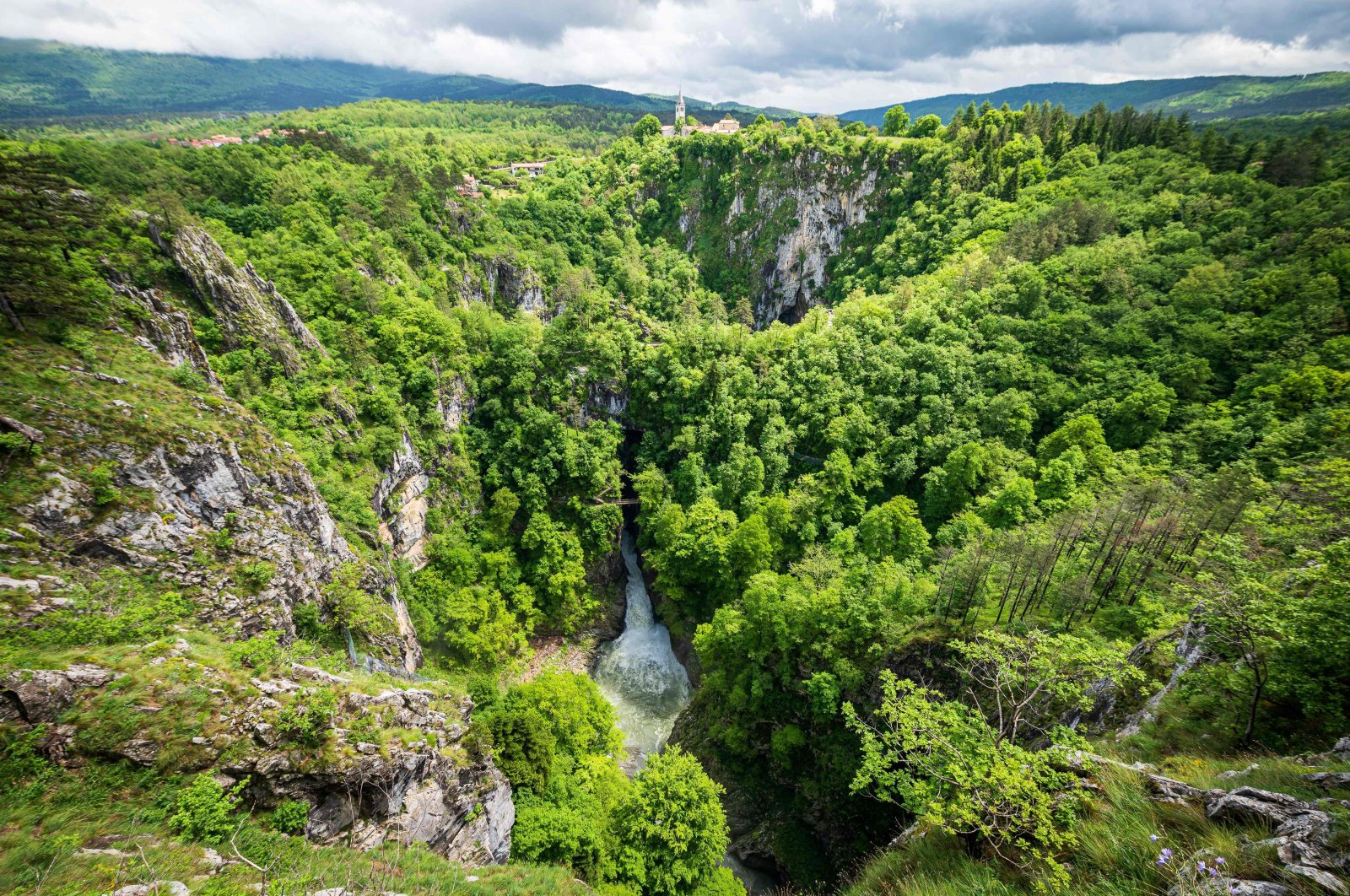 The grass flickered gently above a crack in the limestone and Ludvik Husu instinctively knew he had found what he was searching for: a new cave in Slovenia's dramatic Karst region.

The seasoned cave enthusiast, with more than 50 years' experience, told Agence France-Presse (AFP) that "the conditions were perfect... all the signs pointed to something beneath" as he felt the air current push up from below.

The 63-year-old had come across a new, 60-meter (196-foot) deep limestone cave, a discovery that made the headlines this summer in a country that prides itself on its 14,000 underground grottoes.

The tiny Alpine nation is unusually rich in caves, which are a major tourist attraction. One even houses an entire castle and another was used by the European Space Agency to help train astronauts.

Perhaps best known is the Postojna cave system, the longest in Europe, unearthed by another amateur enthusiast two centuries ago.

When local lamplighter Luka Cec decided to explore a hidden crack while scouting out the Postojna area for a visit by Austrian Emperor Franz Ferdinand, he is reputed to have said that he had stumbled on "a new world... a paradise!"

The Postojna system extends for 24 kilometers (15 miles) and has offered up valuable finds for biologists.

Stanislav Glazar, a Postojna cave guide and speleology enthusiast, told AFP that more than 150 species have been discovered in the system.

Among them is the Proteus anguinus or "little dragon," an ancient aquatic salamander that can live up to 100 years and was previously considered living proof that dragons had once existed.

Glazar sid Postojna is one of the richest caves in the world "in limestone formations, with a dense concentration of stalactites, columns, pillars."

The cave, situated some 50 kilometers south of the capital Ljubljana, was also home to the world's first cave tourist train, which began transporting visitors in 1872.

Elsewhere in the Karst region, the cave systems are of historical, cultural and even extraterrestrial interest.

The dramatic, medieval Predjama Castle was built in a cave mouth to make access difficult and to provide an escape route through a shaft in the rock face.

The Vilenica Cave, which Slovenes have been exploring since 1633, is known for the annual eponymous literary prize awarded in its interior.

And the UNESCO-listed Skocjan system was where the European Space Agency sent some astronauts to prepare for life in space.

"Astronauts know that the Karst world is exceptional, in a similar way to the environment in space: you don't know what to expect at your next step," said Skocjan Caves supervisor Tomaz Zorman.

But for Husu, it's the hunt that proves most rewarding.

The "ideal time for cave searching is the winter" when the air above ground is cooler than that in the caves.

Once he knows there is something beneath, he digs around the crack to widen it and alerts fellow cavers to help gain access.

He then uses ropes and a lamp to descend into what are vertical entrances in most caves, known as "chimneys."

But doesn't he feel any trepidation at entering such unexplored depths?

"You enter a cave out of curiosity, there is no fear! Those who feel fear should stay home," he said.