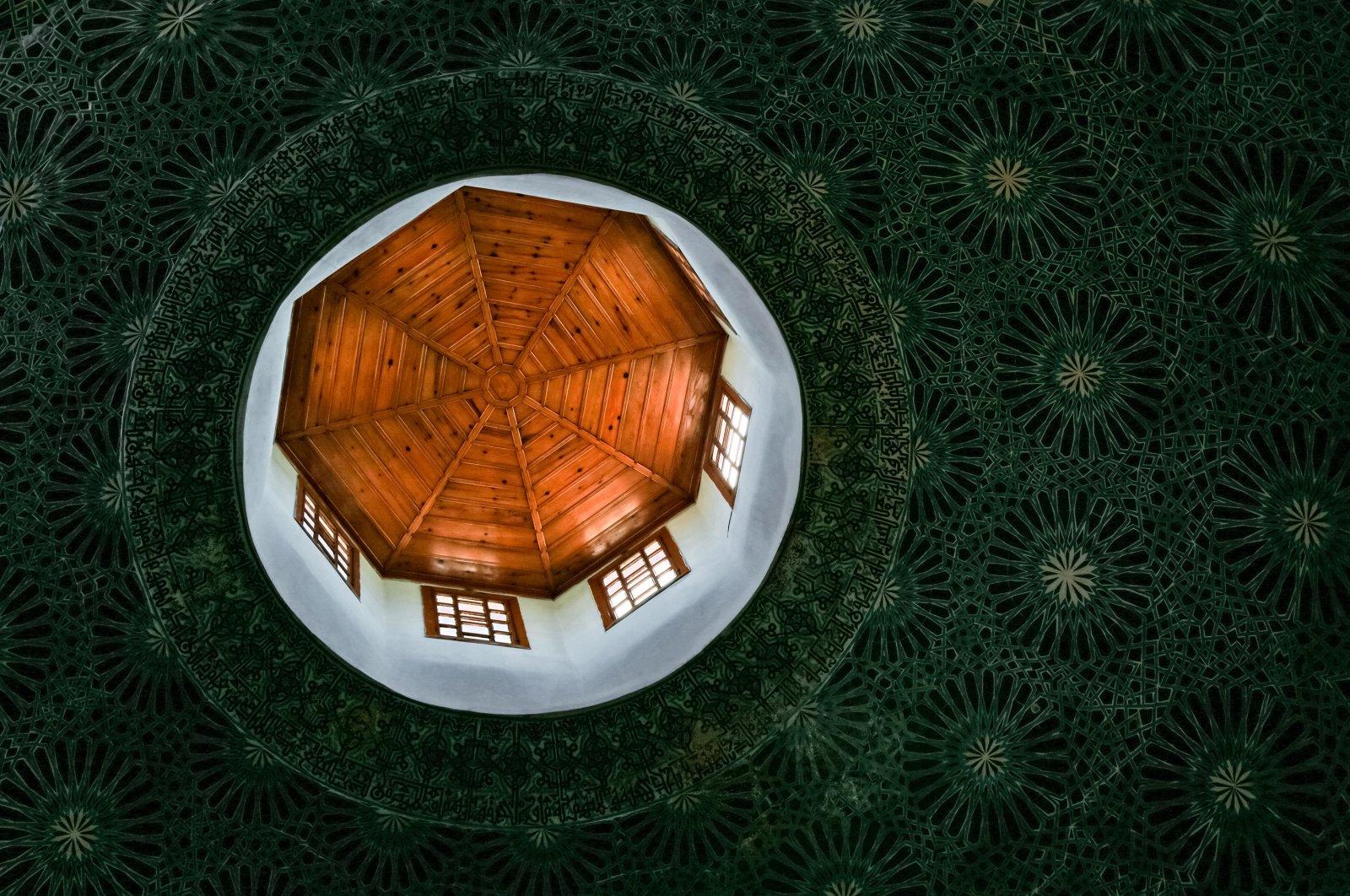 Mesmerizing those who see it with the intricate mosaics and motifs on its dome and crown gate, Karatay Madrassa (pictured in July 2019) is a true Seljuk masterpiece. (Shutterstock Photo)
by Argun Konuk Dec 18, 2020 11:01 am

This week in our three-part miniseries on Konya, we'll discover historic madrassas, or higher education institutions of Islamic civilizations, and have a taste of all the regional culinary specialties the city is famous for

I spent my first day in Konya visiting the world-renowned attractions of the city. On my second day, I decided to explore the lesser-known spots of the city, and once again, I was left marveled by the beauties this historic city has.

Before I visited Kadınlar Pazarı (which translates to “Women’s Bazaar”), I had no idea that, among all the attractions of Konya, this place would become one of my favorites. Nestled between the narrow alleys of the Grand Bazaar of Konya, this marketplace was the center where local women used to come and sell their organic farm products.

Although today this marketplace has moved away from its original concept, now housing a larger majority of male vendors, it is a remarkable place with colorful stalls where you can find 100% organic fruits, vegetables and other farm goods. In addition to this, you’ll also see vendors with various spices, dried snacks, cheese, olives and other goods that are not easy to find elsewhere. Every stall and shop at the bazaar is solid proof that Turkish marketplaces are artisanal masterpieces and the most vivid color palettes of the country.

In hopes of capturing some nice photos of the bazaar, I went up to the second floor. While I was trying to find the perfect angle, a boy with a large tea tray nearly the size of his body approached me and asked if I wanted him to take my photo. His name was Muhammad and he was a member of a Syrian family who had come to Turkey seven years ago. He and his father were now running a tea shop at the bazaar. My initial thought was to accept his offer and give him a little pocket change without thinking about the quality of the photo. How could I have known that this young boy was going to take one of the best photos of me?

Karatay Madrassa is located close to the Alaaddin Hill Park, the round park at the heart of the city. This madrassa was built in 1251 by the Seljuk statesman Celaleddin Karatay, an honest and pious servant of the Seljuk sovereign, who also contributed greatly to science and art during his time.

This historical structure was used well into the 19th century as a religious educational facility. The meticulously done artisanal china works that still cover most of the ceiling and the walls are worth seeing.

Also going by the name of Ali Gav Zaviyesi (zaviye is a small-sized Islamic monastery), Mahmudiye Madrassa is only a couple of steps away from the Karatay Madrassa. It is presumed that this madrassa was built by the Seljuks, however, the exact year of its construction has not yet been determined on account of the epitaph of the madrassa not having been recovered yet.

Today, this religious educational complex is still active, and many students go there every day to learn about Islamic sciences and arts.

When I stepped inside the madrassa, Ibrahim Bey, the caretaker of the structure, approached me and asked if I would need any assistance. Of course, I accepted with alacrity. I have witnessed this countless times in Turkey. You can be in the highlands of Kars, in a remote valley in Cappadocia, or on the coasts of Izmir, but you will always find a local offering their time to help preserve an ancient site.

Ibrahim Bey told me that, despite its small size, the Mahmudiye Madrassa offers one of the widest curriculums to its students among the Islamic schools in Konya.

Mahmudiye Madrassa does not have specific visiting hours. However, note that it closes by 6 p.m.

After covering the two madrassas, I headed to the Bolu Lokantası to grab an etli ekmek (small pieces of minced meat scattered on very thin bread), which is undoubtedly the best-known specialty of Konya. It very much resembles pide, but don’t say that to the locals. They cherish the etli ekmek as part of Konya’s traditional cuisine and will certainly advise you not to leave without trying it. While most Turkish people will not be able to tell the difference, for the locals of Konya, etli ekmek is definitely different from pide.

Upon seeking recommendations from a few locals at the Grand Bazaar of Konya, I was told to go to Bolu Lokantası to have the best etli ekmek in the city. Indeed, the etli ekmek I had was amazing. Alongside it, I ordered their homemade ayran (the national savory yogurt drink), which was exquisite.

A war monument and a museum

Content with my lunch, I set out to my next spot, the Monument of the Martyrs of the Turkish War of Independence.

This monument is accompanied by a small museum where you’ll find very authentic-looking miniatures of life in Konya during and after World War I and the War of Independence. Moreover, at the hall that follows the entrance, there are dozens of marble slabs with the names of each martyr from Konya with the fronts they died at carved onto them.

Visiting this complex is free of charge.

Konyanüma Panorama Museum is an overlooked spot in the city. My conversation with the man who worked at the ticket booth verified this for me. Although the concept of this museum is quite intriguing, it, unfortunately, does not receive the attention it deserves.

This is a unique museum, a must-see for those interested in Sufi history. It especially exhibits life from the 13th century in Konya well, with its rounded walls covered by paintings portraying life in Seljuk times. Along with this, you will find miniatures of all the Mevlevi lodges that exist around the world.

To top my thus-far productive day, I headed to have Konya’s famous kuzu tandır dish. Kuzu tandır is a local specialty that is prepared by cooking lamb meat in its own juices and fat for around six hours inside a stone oven. The more the lamb is cooked, the more tender and delicious it gets.

However, kuzu tandır is a serious deal in Konya. You cannot just go to any restaurant and expect an authentic tandır. In Konya, there are a handful of places to taste it. I went with Hacı Şükrü upon the recommendation of locals and had a fantastic dinner there. Kuzu tandır is traditionally served on fresh round bread, with a side of fresh onion, green chilis and spicy tomato paste, which certainly elevates the dining experience.