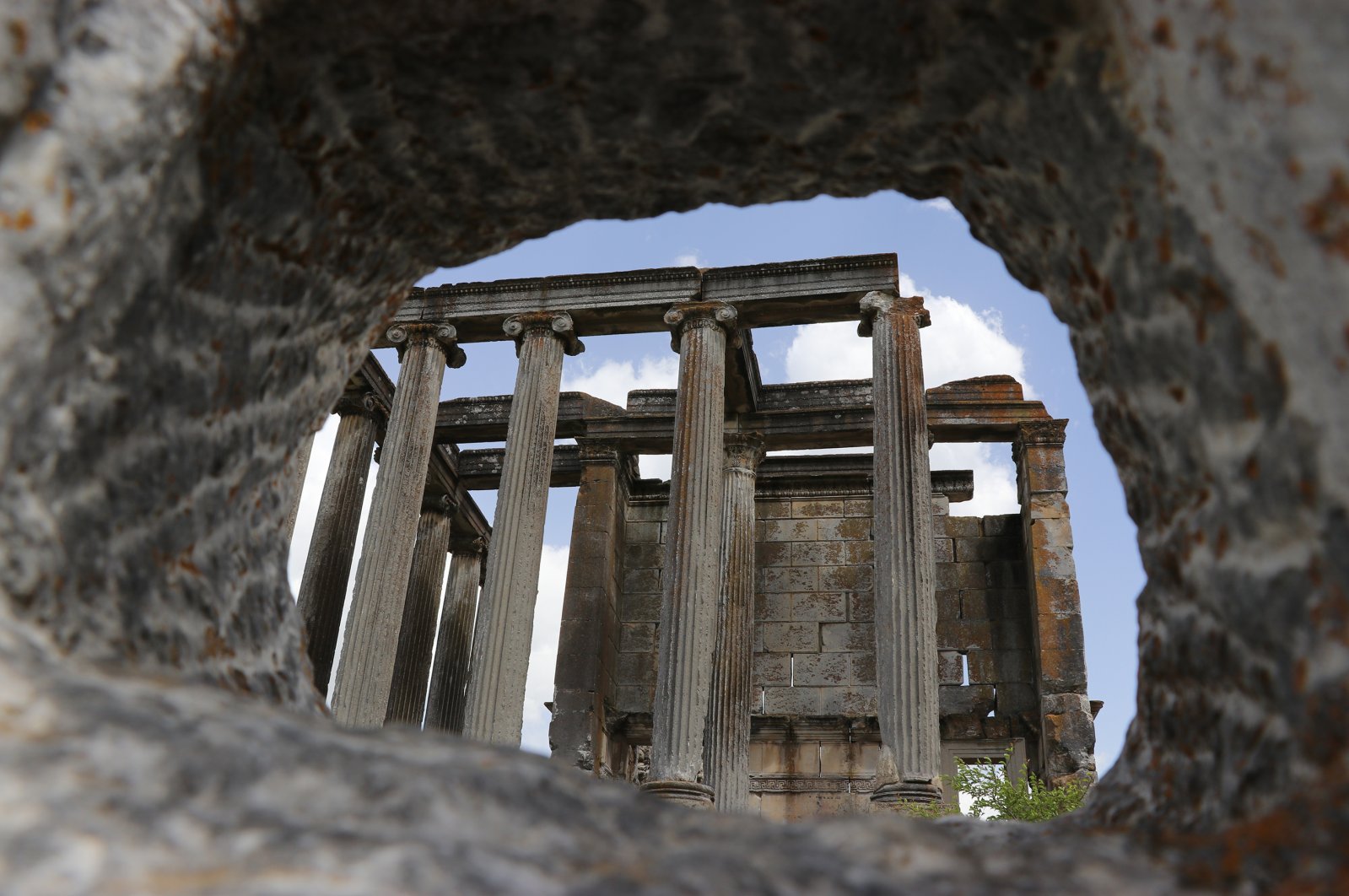 Foreign and domestic tourists will be in for a special treat once the riverboat project is complete. (AA Photo)
by DAILY SABAH WITH AA Jul 01, 2020 1:00 pm
Edited By Yasemin Nicola Sakay
RECOMMENDED

Boats will once again sail the waterways that run through the ancient city of Aizonoi, and just as the Romans did centuries ago, modern visitors will be able to also enjoy this way of experiencing the city and exploring its historical ruins.

The 5,000-year-old site located in Çavdarhisar, Kütahya in western Turkey will soon be offering riverboat tours as part of the Aizanoi Penkalas Project that began last year.

Speaking to Anadolu Agency (AA), Elif Özer, an archaeology professor at Pamukkale University and head of excavations at Aizanoi, said the project will be the main focus of the team, along with restoring the site's theater and stadium.

Aizanoi is home to one of the best-preserved temples in Anatolia dedicated to Zeus, the Olympian god of the sky and thunder and king of the Greek gods. Dubbed the second Ephesus of Turkey, the city was added to the UNESCO World Heritage Tentative List in 2012. Excavation efforts have been ongoing at the site for the last nine years.

"Most of the structural remains that have survived in Aizanoi located on both sides of the Kocaçay River (Penkalas) were built during the Roman era. On both banks of the river, there were protective walls made out of large cut stones to protect the city against the rising waters of the Kocaçay, the waters of which continue to rise," according to the Turkish Culture and Tourism Ministry.

Among the many artifacts recovered, Özer said the Roman coins found in Penkalas River (Kocaçay) depict a reclining man.

"With the project, for which preparations began in 2012 and work started last year, (we plan to place) sailboats between the two bridges as was done in ancient times by raising the water level of the river," she explained. Around 1,000 dressed stones and sculptures dating back to the ancient Roman period were also recovered from the river, she added.

"Under normal circumstances, we aimed to complete most of the project this year, but we had to halt the work due to the pandemic. We aim to finish the project next year," Özer said.

According to Özer, although there have been modern examples of such projects in other countries, none focused on ancient cities.

Recent excavations around the Temple of Zeus indicate the existence of several levels of settlement in the city dating as far back as 3000 BC. In 133 B.C., it was captured by the Roman Empire. In 1824, European travelers rediscovered the ancient site.

Between 1970 and 2011, the German Archeology Institute conducted excavations, unearthing Aizanoi's theater and stadium, as well as two public baths, a gymnasium, five bridges, a trade building, necropolises and the sacred cave of Metre Steune – a cultist site thought to be used prior to the first century B.C.

Turkish archaeologists have been carrying out work at the ancient site since 2011.