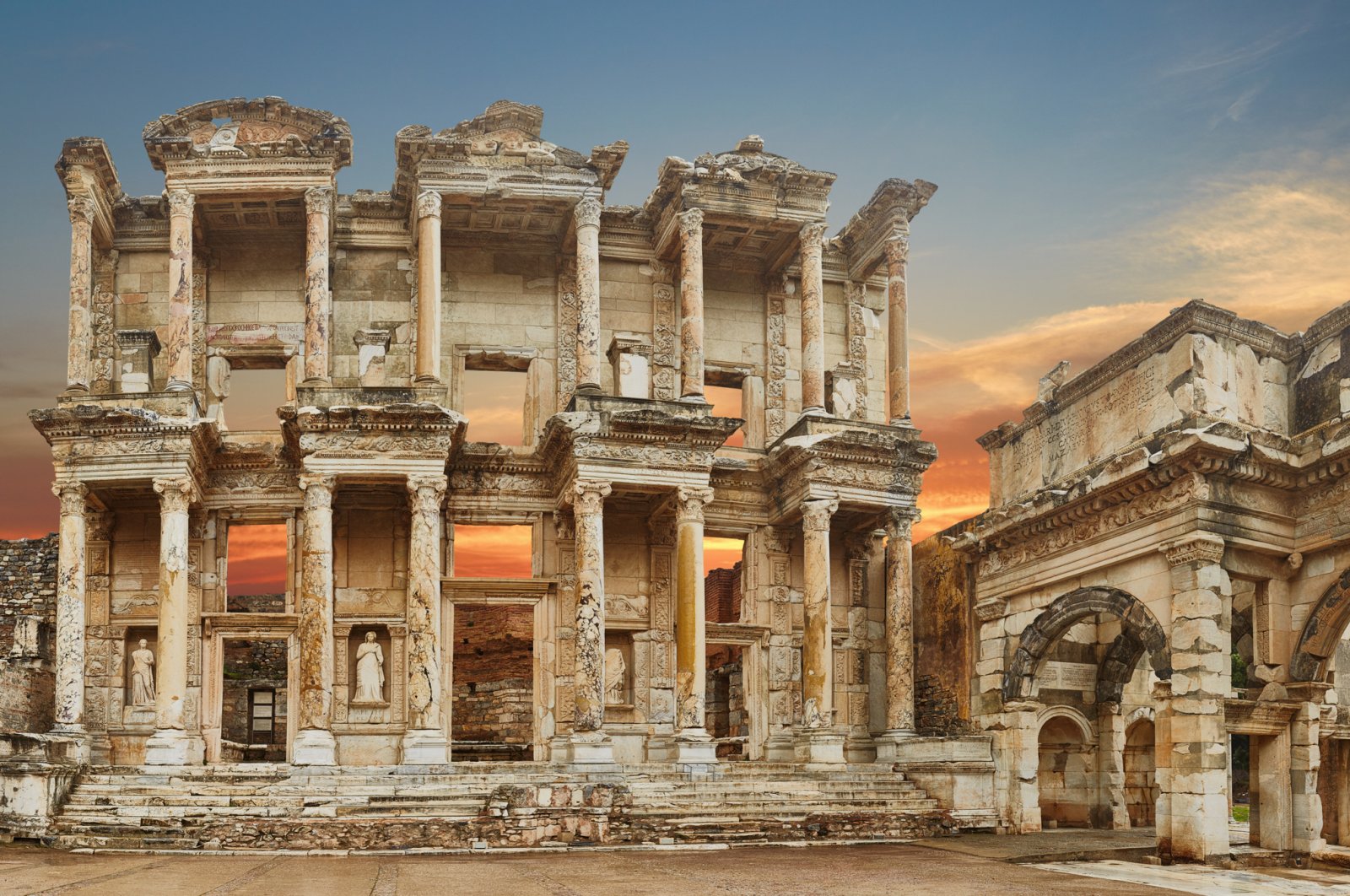 The ancient city of Ephesus was added to UNESCO's World Heritage List in 2015. (iStock Photo)
by Anadolu Agency Jun 16, 2020 11:51 am
Edited By Yasemin Nicola Sakay

Turkey's iconic ancient city of Ephesus in the picturesque Aegean region has decided to limit the number of daily visitors due to the coronavirus outbreak.

A total of 650 people will be allowed to visit the historic site at a time, said Cengiz Topal, director of the Ephesus Museum.

Ephesus was added to UNESCO's prestigious World Heritage List in 2015. With safety measures in place, museums and archeological sites across Turkey reopened as of June 1.

"Considering the social distancing rules during the 'new normal,' we determined the number of visitors at a time to be 650," Topal said. "We believe that the total visit number will vary between 4,500-6,000 during the day."

Ephesus, an ancient Greek city that later became a major Roman settlement near the present-day town of Selçuk in coastal Izmir province, boasts a rich cultural heritage dating back to 6,500 B.C.