Explore ancient city of Kanlıdivane with tours from Kızkalesi 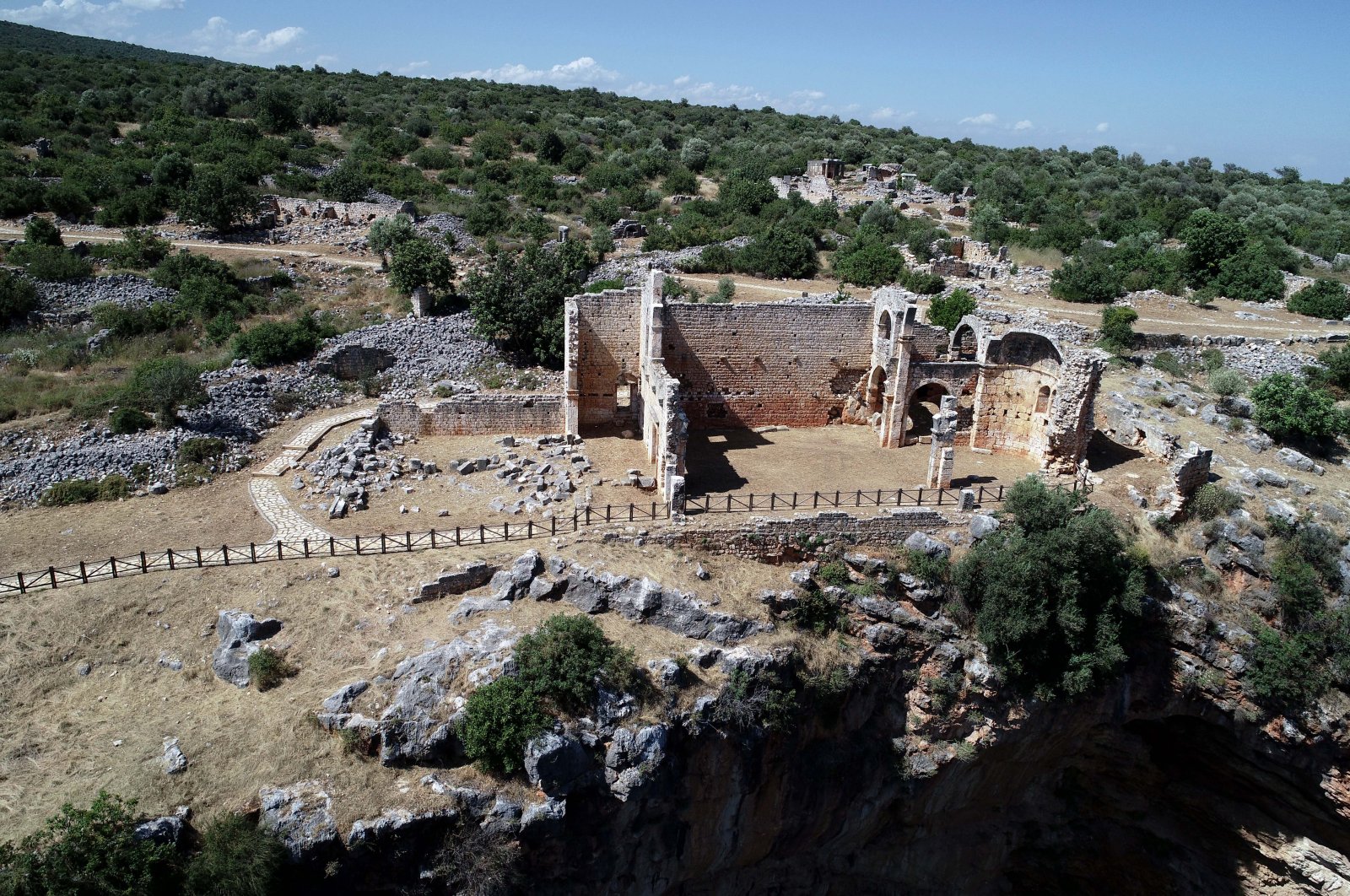 The ancient city of Kanlıdivane was a port where olive oil trade was common. (AA PHOTO)
by Anadolu Agency Jun 26, 2020 11:47 am
Edited By Irem Yaşar

Local and foreign tourists visiting the town of Kızkalesi, located in Mersin’s Erdemli district on the Mediterranean coast, will now have the opportunity to tour the ancient city of Kanlıdivane with daily tours.

A promotional campaign has been launched for Kanlıdivane, often called the "secret paradise" of the region.

The city dates back to the third century and houses basilicas built of cut stones, streets, rock tombs, olive oil workshops and cisterns in the main settlement area around a sinkhole.

Kızkalesi, a major attraction on the Eastern Mediterranean coast, is on the UNESCO World Heritage Tentative List. Now tourists visiting the city will be offered daily tours to Kanlıdivane.

Erdemli Mayor Mükerrem Tollu told Anadolu Agency (AA) that they have taken all the necessary precautions for tourists during the normalization process.

Tollu said they attach great importance to the promotion of the city, adding that they have carried out the required health and safety arrangements on the routes belonging to the municipality around the ancient city of Kanlıdivane.

The sinkhole in the middle of the ancient city of Kanlıdivane measures 12 meters (129 feet) by 413 meters. According to Tollu, the sinkhole was used as a dungeon in the past to punish criminals. They fed to lions as punishment. Besides being an ancient city, Kanlıdivane was also a port. In the past, it carried out olive oil trade using ships made of cedarwood grown in the area.

Hüseyin Çalışkan, president of the Kızkalesi Tourism and Culture Association, said that cultural tours in addition to sea tourism attract great attention in the region. He said it takes a 15-minute drive to reach the ancient city of Kanlıdivane from Kızkalesi. "We are striving to attract more domestic and foreign tourists here," he said.

He added that they will focus on cultural tours in the region. "Tourism in the region is not just about the sea, sand and sun. There are many ruins in the region, such as the ancient city of Kanlıdivane, Uzuncaburç, as well as the Cennet and Cehennem (heaven and hell) sinkholes."

"We will take tourists coming to the region to visit these ruins. Foreign tourists, in particular, like to visit historical sites. The ancient city of Kanlıdivane is one of them."

Çalışkan further added that they want to attract more domestic and foreign tourists with cultural tours.