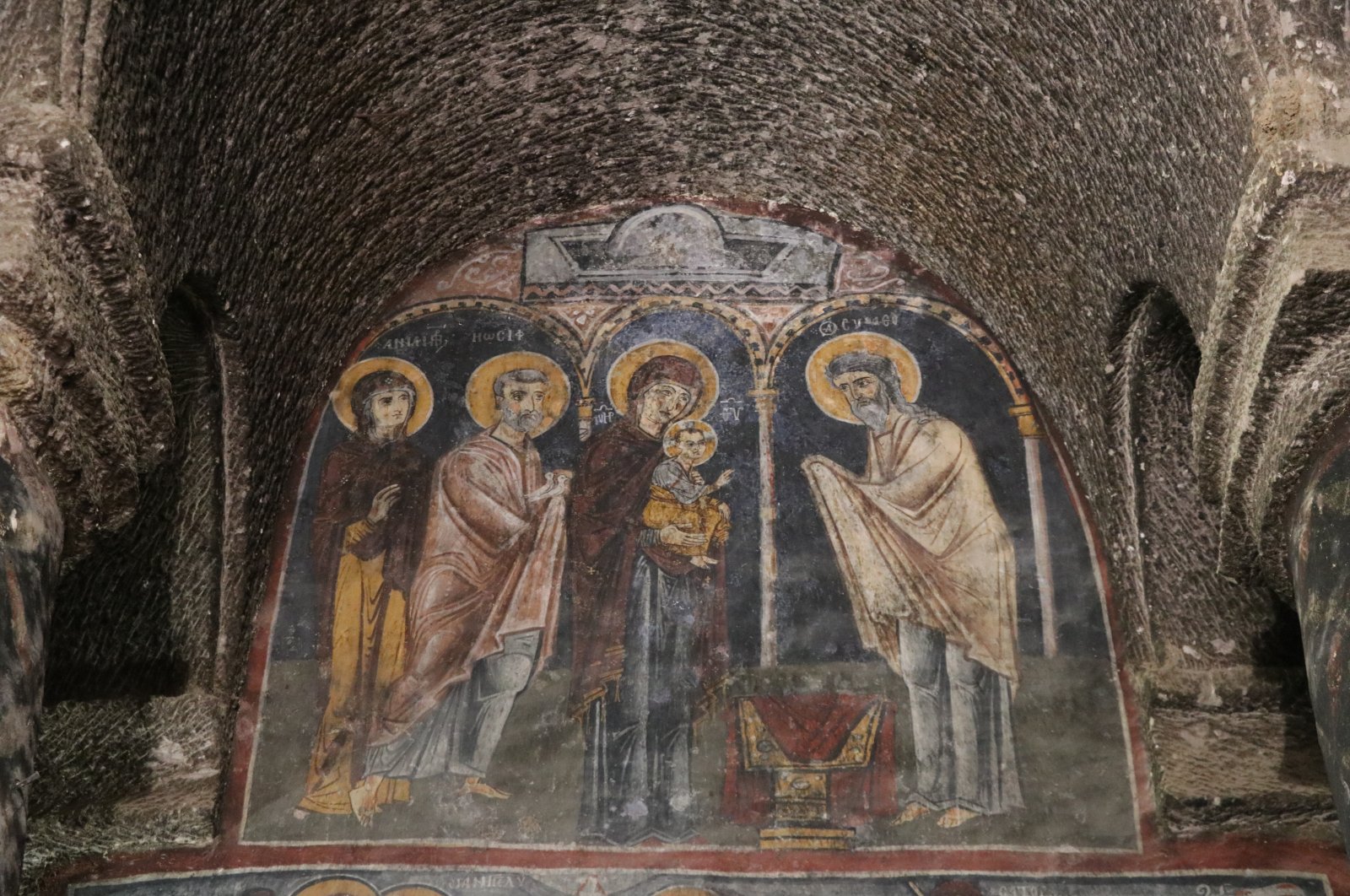 Museums and archaeological sites have begun reopening in line with Turkey's recently rolled out normalization measures following months of closure in light of the COVID-19 outbreak. To this end, Gümüşler Monastery and the Andaval archaeological site in Turkey's central province of Niğde have now begun welcoming visitors according to coronavirus measures. The body temperature of all visitors is taken upon arrival and only those wearing face masks will be permitted on site. Only 15 people are allowed to visit Gümüşler Monastery in a 45-minute period, and 10 are allowed to visit the Andaval ruins within the space of 20 minutes.

Gümüşler Monastery is located in the town's Gümüşler neighborhood, located 6 kilometers (3.7 miles) away from the city center. Estimated to have been built between the eighth and 12th centuries, the monastery has a fascinating interior replete with some of the best surviving murals in the Cappadocia region, as well as rock-carved bed chambers, kitchens, storage areas, a double-tiered underground city, various hidey-holes and escape ducts.

The monastery also boasts a "smiling Virgin Mary" fresco, which is a draw for visitors as the only such example in Anatolia. The rock-carved underground city, outer ruins and church cover an area of around 1.5 kilometers in diameter. Although many of the murals in the church, planned in the shape of a Greek cross, in the monastery have eroded over time, how the "smiling Virgin Mary" fresco still survives remains a mystery.

Meanwhile, the nearby Andaval archaeological site also hosts a splendid church, which was built in the sixth century in the name of Roman Emperor Constantine's mother Helena in what is now known as the town of Aktaş. A large portion of the church was damaged by an explosion in 1977, but it began welcoming visitors in 2019 following a 22-year restoration project. The structure, with murals depicting the life of Jesus, is located on a holy pilgrimage route that starts in Bordeaux, France, and runs all the way to Jerusalem.

Gülhan Güles, who came from Nevşehir to visit Gümüşler Monastery, told Anadolu Agency (AA) he was pleased museums and archaeological sites had been reopened for visitors. Güles pointed out that the opening of museums was important to adapt to the new process of normalization, saying: “There are no foreign tourists at the moment, but they will come over time. At the entrance, they made us wear a mask and took our temperature. Everyone who comes here is mindful of social distancing. They are already bringing in a limited number of visitors at the same time – which is good.”

Fatma Gül Gökenç, a visitor from Kayseri, stated she likes to visit historical places, so she has welcomed the reopening of museums and ruins in the new normalization process.

Gökenç said she was always excited to visit museums and ruins, continuing: “They controlled us well at the entrance. The place has a great atmosphere that is welcoming to all. We have come with the kids. People can visit such places by following the precautions and wearing their masks. They should not avoid visiting these places as long, however, as the rules of social distancing are maintained.”