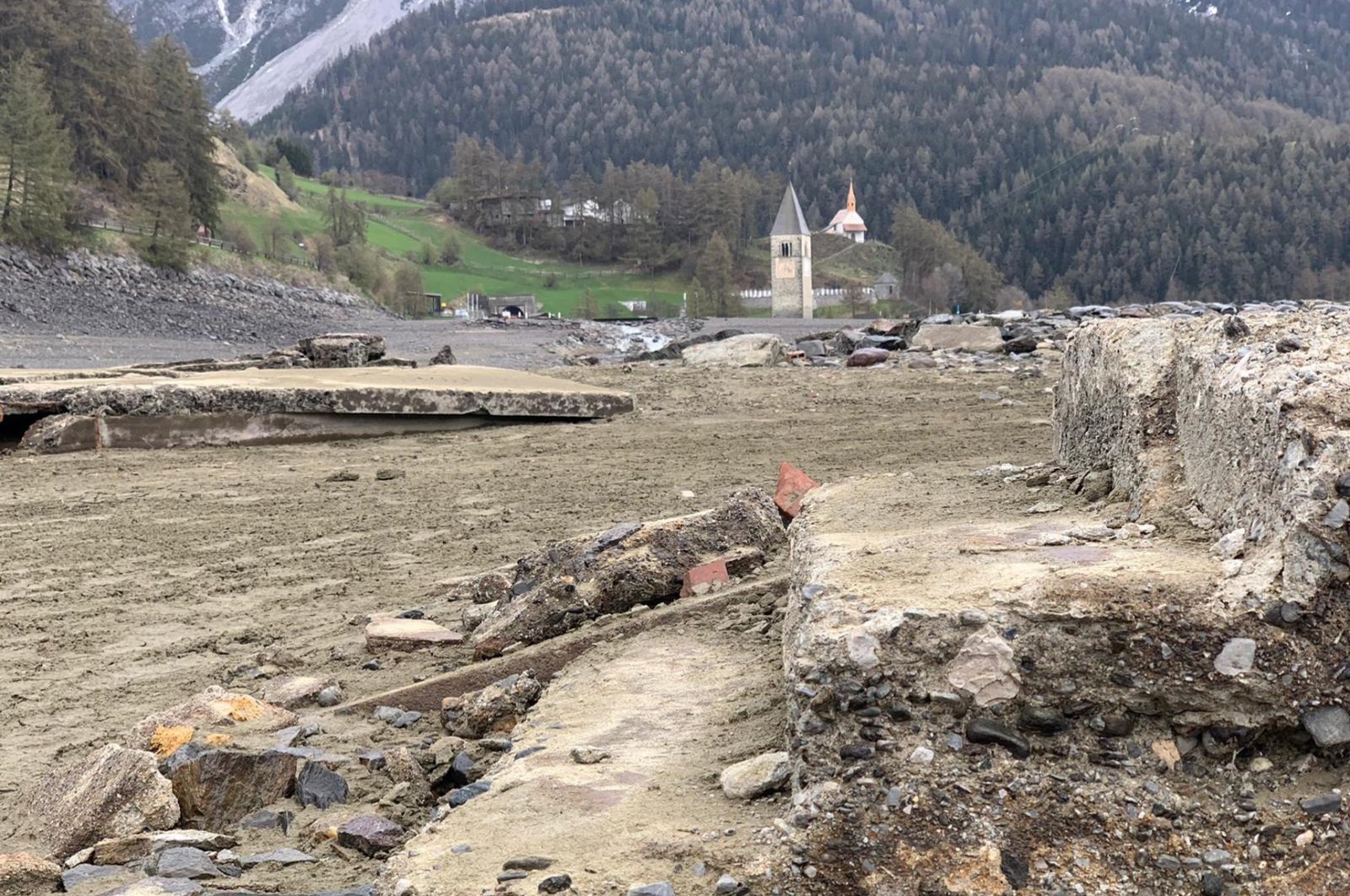 An old village in Italy that was flooded to make a reservoir and that was underwater for decades has now reemerged and is getting tourists' attention.

The village had become a local landmark, drawing in tourists seeking the steeple of the sunken parish church of St. Catherine rising up out of the water.

The unusual place was also the main location for the Netflix mystery series "Curon" (the Italian name of the Graun im Vinschgau village), which arrived on the streaming platform last year.

After years of being mostly submerged, the ruins have now reappeared due to maintenance work requiring the draining of the Lake Reschen in the Vinschgau Valley near the Austrian border, according to the Reschenpass Tourism Association.

On Tuesday, visitors began posting photos and videos of the village after it became easier to access on foot.

"It was weird to walk through the middle of the rubble of the houses," said Luisa after coming back from the ruins.

"I thought about what life must have been like in the village before the dam was built." She went on to say that she had never seen the water level of the lake this low before.

In some ruins, the walls of houses or staircases could still be guessed at, with rusty building components lying around them.

More than half a century ago, the villages of Reschen and Graun were flooded to create a reservoir for a hydroelectric power plant. More than 160 houses had to be blown up and flooded, forcing villagers to move.

Only the 14th-century church tower had been left standing for preservation reasons.

In the past, the water level in Lake Reschen had been lowered for maintenance. In 2009, the church tower of St. Katharina had to be restored over several weeks. For this purpose, the authorities lowered the water level for the duration of the work.