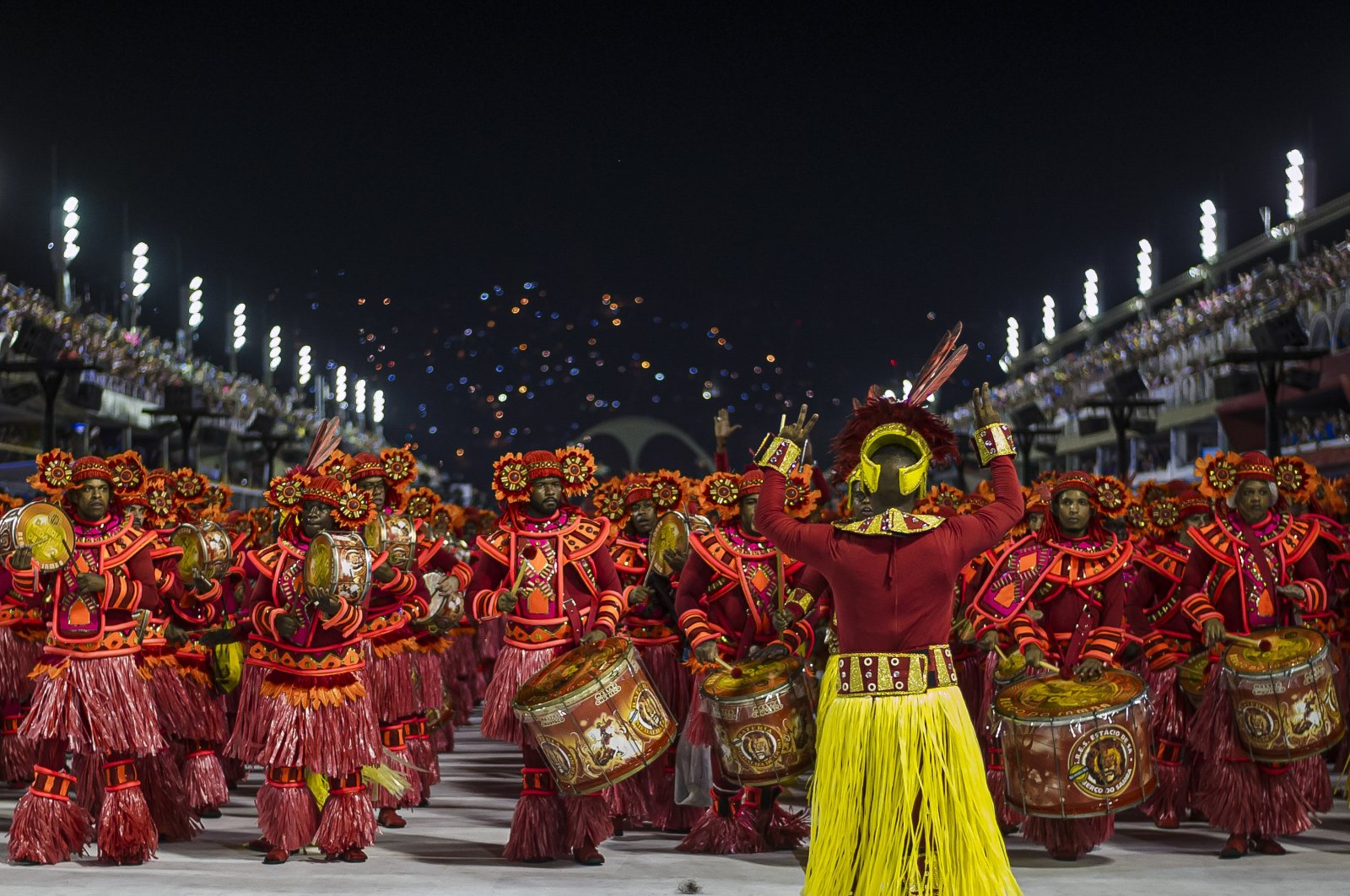 The sequins are swirling, the bass drums are booming: after being canceled by COVID-19, carnival is back – at least at Rio de Janeiro's samba schools, which hope to put on the party of the century in three months' time.

The schools want 2022's comeback carnival to be the biggest since 1919, the year Rio residents joyfully reembraced life after the devastation of another pandemic, the Spanish flu.

That carnival has gone down in history as one of the all-time legendary parties.

Now, the situation looks similar. After canceling carnival this year because of COVID-19, authorities say a recent plunge in cases could make next year's edition possible.

The reigning champions of Rio's carnival parade competition, the Viradouro samba school, even chose the 1919 carnival as the theme of their comeback parade.

At a recent rehearsal, school members hugged joyfully on the dance floor and belted out the music, mostly without face masks.

As the school's "drum-corps queen" shimmied in a gold-fringed miniskirt, the veteran head of the drummers, Moacyr da Silva Pinto, led some 50 percussionists through a booming rehearsal, a loud whistle around his neck.

"In Rio de Janeiro, samba is enmeshed in our lives, just like football and the beach."

Attendance at the rehearsal was restricted because of COVID-19, but that did not dampen the mood.

"This is a cry of freedom, of coming home," said 35-year-old Leonina Gabriel.

"It's infinite happiness: we can take off our masks, we're vaccinated."

Authorities, however, are more cautious.

They say holding carnival will depend on the pandemic outlook.

The event is a potential epidemiologist's nightmare: More than 2 million tourists usually descend on Rio for the festivities, partying in close quarters.

The virus has claimed more than 600,000 lives in Brazil – second only to the United States.

But the devastation has receded in recent months.

With more than 60% of Brazil's 213 million people now fully vaccinated, the average daily COVID-19 death toll has fallen from more than 3,000 in April to around 200.

Confident, samba schools have kicked the carnival machine into high gear, churning out thousands of glittering costumes and fleets of floats.

At "Samba City," the huge port-district yard where each school has a hangar to prepare, carpenters, welders and costume designers are working full-steam ahead.

"Rio's carnival is a giant industry that supports many families," said Marcus Ferreira, a creative director at Viradouro.

One of those families is Simone dos Santos's. Dos Santos, 46, Viradouro's head seamstress, said she had to find whatever work she could to scrape by when the carnival economy ground to a halt.

"The pandemic was very hard for all of us," she said.

In Rio, where more than 95% of adults are vaccinated, authorities recently lifted the requirement to wear masks outdoors.

But experts urge caution, given the risk of a new wave of COVID-19.

Countries such as Austria and Germany have vaccinated a higher percentage of their populations than Brazil but are currently reeling from the virus, leading public health institute Fiocruz warned recently.

"It worries me to see Brazil talking about resuming carnival. Those conditions are extremely likely to increase transmission" of the virus, World Health Organization (WHO) official Mariangela Simao said this week.

President Jair Bolsonaro said Thursday he was against a resumption, a rare nod to social distancing measures from the far-right leader.

"As far as I'm concerned, we shouldn't have carnival," he said.

That appeared to walk back earlier statements in which he vowed a restriction-free carnival, joking: "I'd be the first one to break the rules."

An early test of the health situation will come in January, when Rio hosts its annual New Year's celebrations on Copacabana beach, a party that usually draws 3 million people – also canceled last time because of COVID-19.