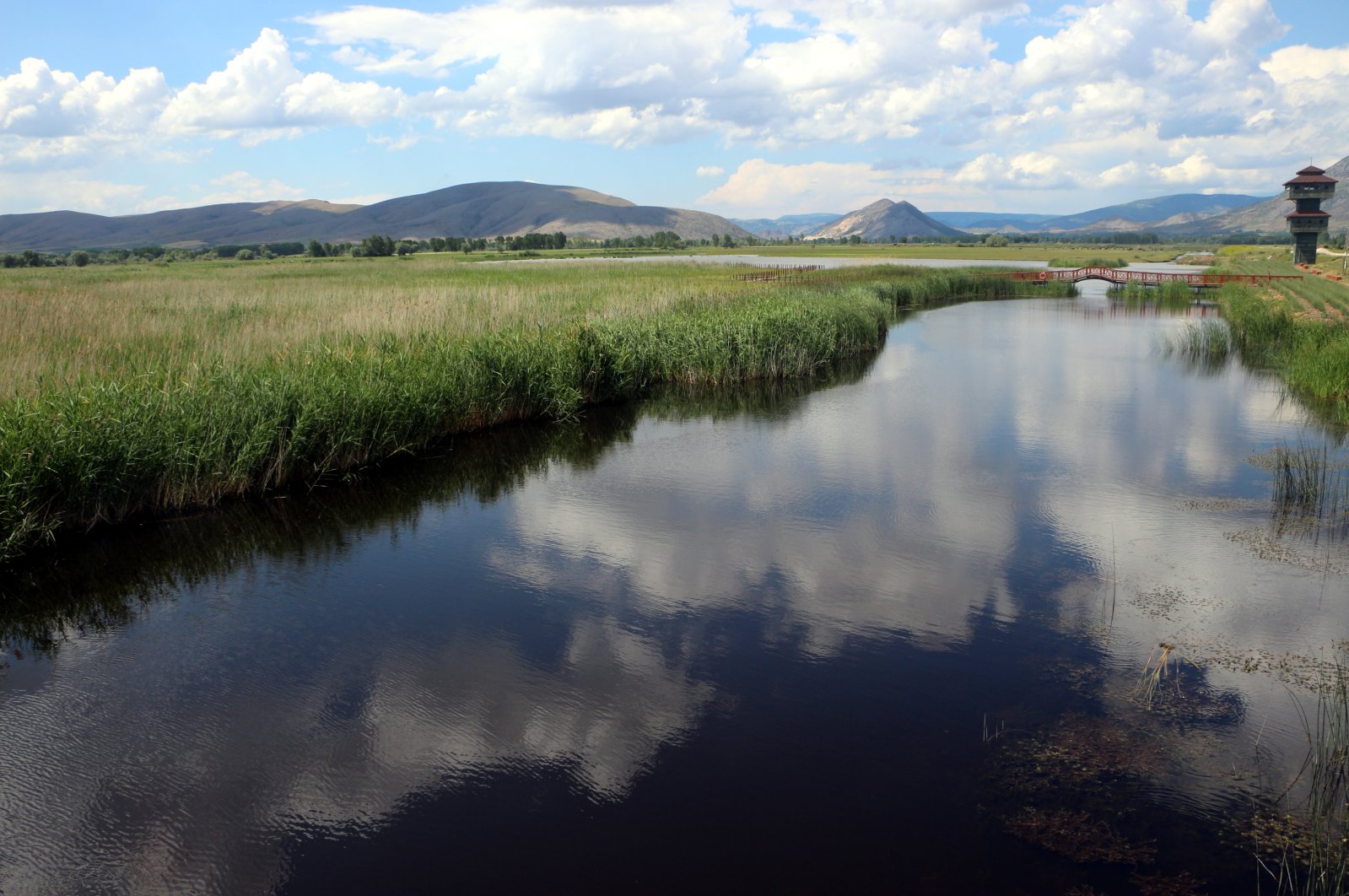 Kaz Lake is ready to host visitors from all across the country and the world. (DHA Photo)
by DAILY SABAH WITH AA Jun 09, 2020 11:05 am
Edited By Sinan Öztürk

Kaz Lake, known for being an important habitat and pit stop for migratory birds in Turkey, is now accepting visitors again after a few months' reclusion due to the coronavirus pandemic.

Located 11 kilometers (6.8 miles) from Tokat province's Pazar district in the evergreen Black Sea region, Kaz Lake, which literally means "goose lake," spans an area of 11,700 decades (2,891 acres), most of which is covered with reeds.

Serving as home to hundreds of bird species, the lake and its surrounding area was declared a "Wildlife Development Area" in 2006 by the decision of the Council of Ministers.

A team of researchers from Ondokuz Mayıs University found that 110 domestic species of birds were living at the lake in studies they conducted between the years 2009 and 2010. There are currently two watchtowers erected on the lake's grounds to monitor wildlife.

Drawing 50,000 domestic and foreign visitors annually, the lake is also a popular spot for married and engaged couples, providing the perfect opportunity for a photo-op.