Sunrise above the clouds: Mount Fuji once again mesmerizes hikers 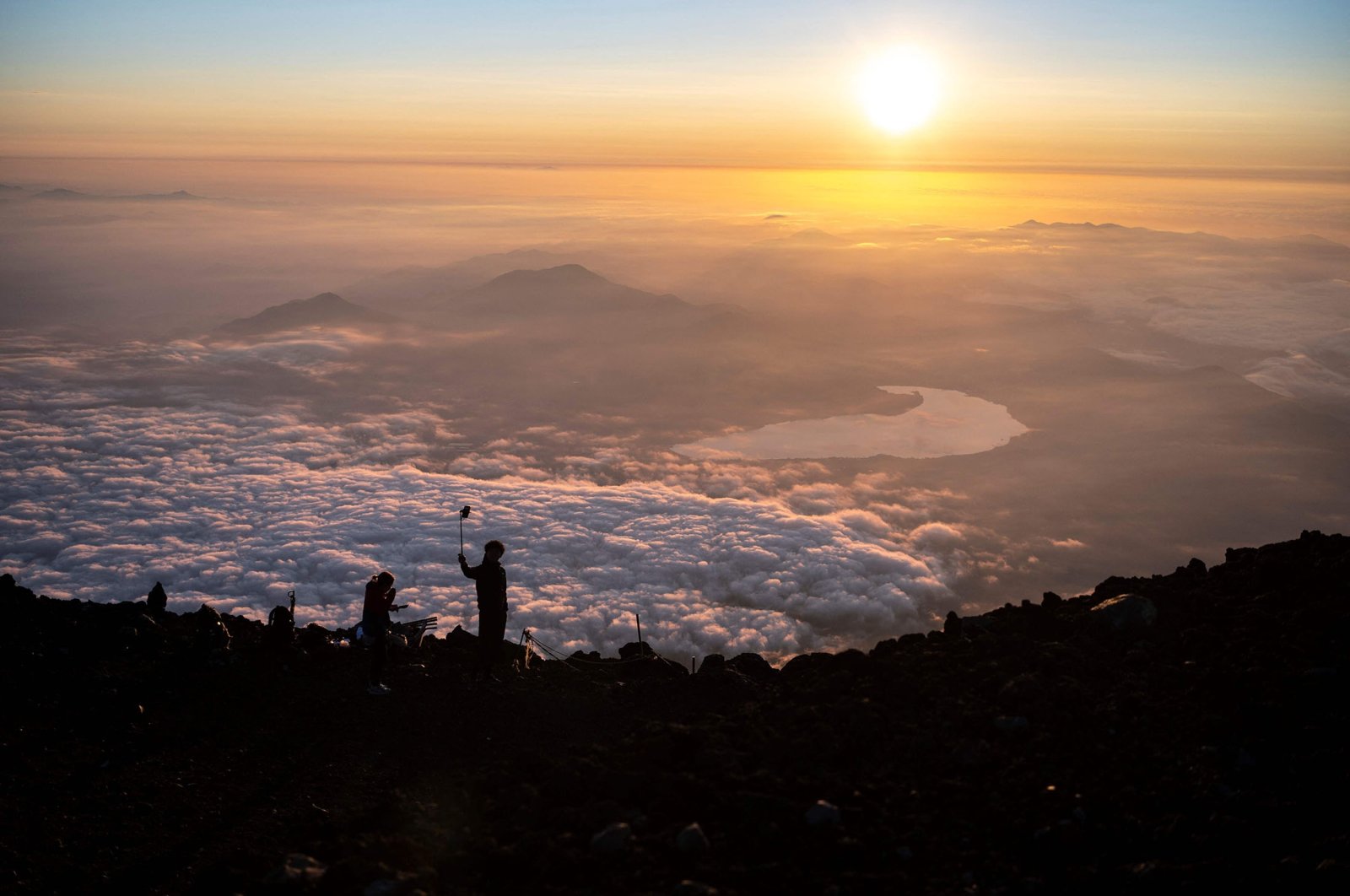 It has been over a year since the peak of Japan's iconic Mount Fuji had to close its trails to enthusiastic hikers due to the global COVID-19 pandemic. So it was long-awaited and most welcome news when the peak reopened to visitors, and hikers have already started flocking back to catch the spectacular sunrise above the clouds.

The active volcano's symmetrical slopes were closed to the public last summer due to the pandemic, and only reopened this month.

In the early hours of a recent morning, more than 100 people were gathered at the summit of the sacred mountain, which is capped with treacherous ice and snow for most of the year.

"Fuji has always been revered. It is a mountain that is an object of worship," said Takeo Tokunari, a 34-year-old hiker. "Even though I am not particularly religious, I do feel purified by coming here, somehow."

Fuji-san, as it is known in Japanese, is the quintessential symbol of the country currently hosting the virus-postponed Tokyo Olympics.

Cycling events are taking place on and around its slopes, with the steep climbs of the long-distance road race challenging even the fittest athletes in Japan's sweltering summer heat.

But it can be seen for miles around, and has been immortalized in countless Japanese artworks, including Hokusai's world-famous "Great Wave."

Just after 4:30 am, after a long night of climbing and a short rest on the mountainside, hikers were treated to the majestic sight of the sunrise.

Climbers at the summit can watch it breaking through the clouds behind a traditional "torii" gate on the mountainside.

"I have already climbed other mountains, but Mount Fuji is special," said Haruka Fujimori, a 23-year-old flight attendant. "It is a volcano not connected to any other mountain range, it stands alone majestically on the landscape, I find it beautiful."

Mizuki Ogawa, also 23, told Agence France-Presse (AFP) at the summit that climbing Fuji had been a personal challenge.

"In my daily life and at work, I sometimes experienced difficult situations that made me lose confidence in myself," she said. "So I challenged myself to climb Mount Fuji to try to regain my confidence."

But while the mountain is awe-inspiring, it's also dangerous.

The climbing routes from the fifth station on its slopes to the top are only open from early July to September.

The rest of the year the mountain is deemed too treacherous to climb and lodges and toilets on climbing routes are closed to discourage would-be hikers.

But that doesn't always stop people, and in October 2019 a man died after falling down part of the mountain while livestreaming.

Fuji last erupted in 1707, and while it has not shown any signs of life in recent decades, experts say an eruption could shower Tokyo in ash and force hundreds of thousands to evacuate.

But right now, it's the preserve of early-morning adventurers like Chikako Kubo, 29.

"There is something fresh and divine: a sunrise is a start, an opportunity to take stock and start something new," she said.