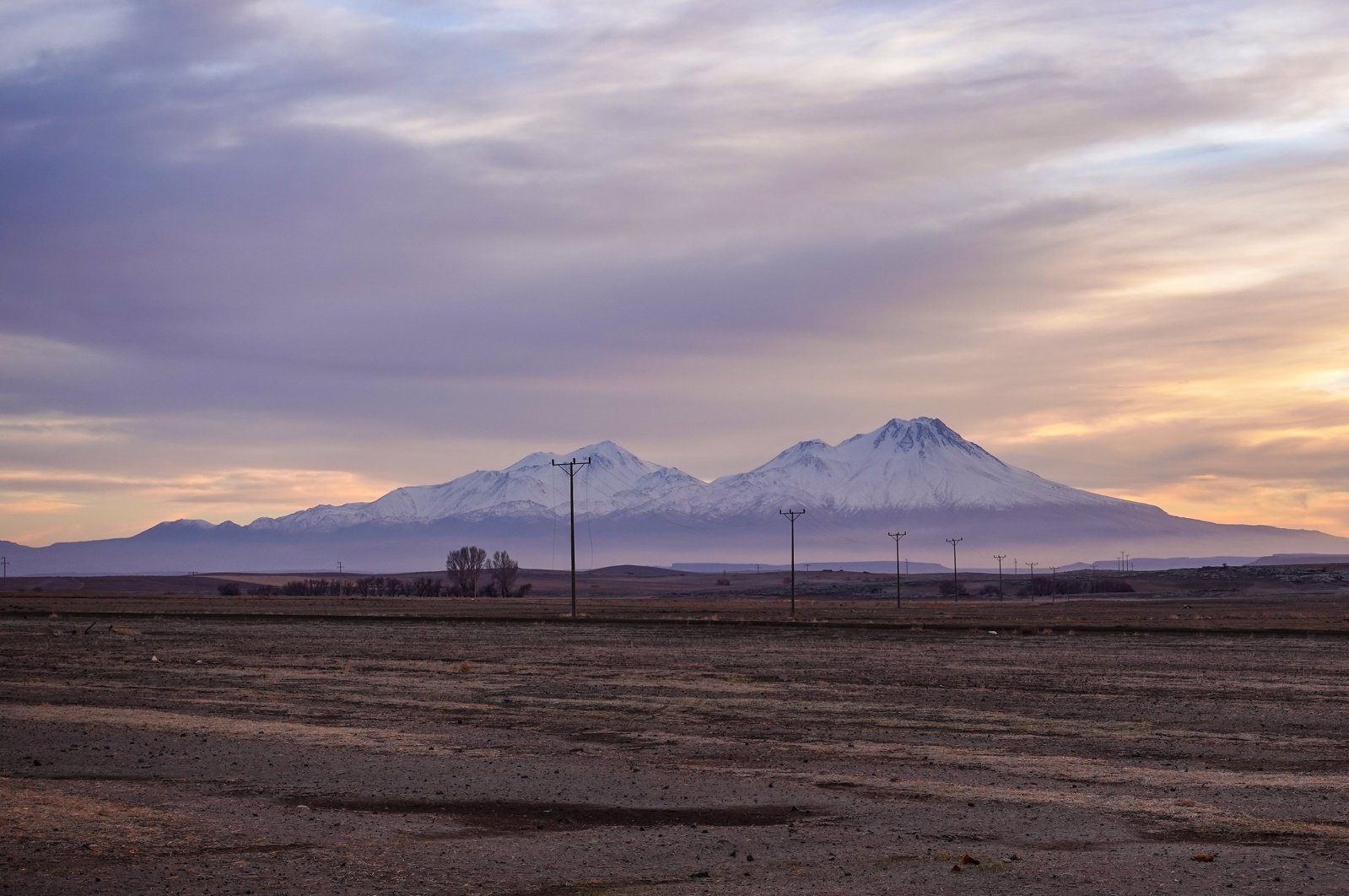 On the second day of our travels in Aksaray, we'll explore the oldest village in central Anatolia, where the first brain surgery in history was performed, and visit a historic caravanserai, two underground cities and the oldest prehistoric 'fortified town' in Turkey

Last week, we covered the attractions in downtown Aksaray. For today's article, we set out to rural Aksaray to see what beauties that lay there. Shall we begin?

The first stop in today's itinerary is Aşıklı Höyük, the oldest known human settlement in Cappadocia. Situated alongside the Melendiz Stream, which also flows through Ihlara Valley, Aşıklı Höyük was a historically significant agricultural community.

This prehistoric village is of great importance in terms of medical history as well. Archaeological studies in the area made a significant discovered that the first-ever brain surgery in history was performed in Aşıklı Höyük. The skull of the patient, a young woman, can be seen today at Aksaray Museum.

The bases and walls of the 10,000-year-old structures have some remaining plaster with paintings on them, which can be seen inside the main excavation area.

Besides, at the entrance of the site, you will find replicas of the different styles of mud-brick houses that were unearthed in Aşıklı Höyük, which help visitors understand how people lived millenniums ago and what types of architectural styles they adopted while building their abodes.

Aşıklı Höyük does not have regulated visiting hours. There are neither ticket kiosks nor security there. As you might surmise, visiting Aşıklı Höyük is free.

Ağzıkarahan is a 13th-century caravanserai located in the village of Ağzıkarahan. Although it is currently in a very run-down condition and not open to visitors, I still suggest you stop by to see how impressive the structure is.

The village of Ağzıkarahan might seem like any other central Anatolian village, however, apart from the caravanserai, it is home to a large number of abandoned houses, which seemed to me to have once belonged to the Rum residents (Anatolian Greeks) in the region.

It took me more time to see the historic deserted housings than visiting the caravanserai. If you visit this small village, make sure you roam around a little.

Another ancient site on our list of settlements by Melendiz Stream, Güvercinkayası has a foundation that dates back to sometime between 5200 B.C. and 4750 B.C. This settlement was built on a 17-meter (55.8 feet) hill above the Melendiz Stream and is covered with stone walls that prove the ancient residents needed to defend their homes. Güvercinkayası settlement is the earliest example of a "fortified town" in central Anatolia.

Arriving at this spot requires you to drive to the village of Çatalsu. Once you reach the village, park your car at a spot you see fit and after a 500-meter walk, you will reach the spot.

After a 10-minute drive from Güvercinkayası, I arrived in the small town of Saratlı, where I visited two very large underground cities. The first one, St. Mercurius Underground City, was built in the third century A.D. by St. Mercurius. He was a high-ranking Roman army officer, who was banished to Cappadocia for opposing the Roman Emperor. As the story goes, the emperor wanted to devote offerings to the Roman gods after a military victory and St. Mercurius rejected the polytheistic doctrines and accepted Christianity. After he was exiled, the emperor sent his guards to take revenge and had St. Mercurius beheaded.

During St. Mercurius' life and after his death, the city was used by the early Christians as a shelter where they hid from the persecution of the Romans and secretly practiced their religion.

This three-story city includes dozens of residential rooms connected by narrow tunnels and chambers that were once used as cellars, water wells, storage rooms and toilets. On the right side of the room after the entrance to the city, there are 37 graves. The area was presumably used as a small necropolis for the family of St. Mercurius and other residents of the city. It is not known exactly where St. Mercurius was buried, however, the fact that headless male remains were recovered during the excavations might suggest that he was buried there.

Just like St. Mercurius Underground City, Saratlı Kırkgöz Underground City was built and settled in by the early Christians. Originally, the city consisted of seven floors, but only three of them are open to visitors today.

The name "kırkgöz" means 40 eyes in Turkish and it was given to the city after it was confirmed that it had 40 rooms. This settlement was self-sufficient as it had its own water wells, a bakery, a wine production facility and stables. Additionally, this ancient settlement was built with an advanced ventilation system that constantly supplied fresh air to the rooms.

When I reached Saratlı Kırkgöz Underground City, due to an ever-shrinking number of daily visitors, the lights inside the city were turned off. As I was trying to find the security guard of the site, two grandmothers approached me and asked if I wanted to see the handmade dolls they make. I told them that I would love to once I had visited the site.

The moment I passed through the exit of the city, I saw that they had quickly set up their stalls and lined up their dolls. It was a precious and heartwarming scene. Hayriye Teyze said she has been selling her handmade dolls to tourists here for years. Ayşe Teyze raised two successful children who currently work in Ankara. She told me that selling her handiworks has been a good way of supporting herself. For me, it was joyful to see that people in these small settlements find different and creative ways to earn money.

After buying a doll from both of them, I bid them farewell and we parted ways.

Next week, we will be hiking through Ihlara Valley and exploring rock-hewn churches that boast the finest and most intact examples of frescoes and wall paintings in the Cappadocia region. Until then, have a fantastic week and stay safe.