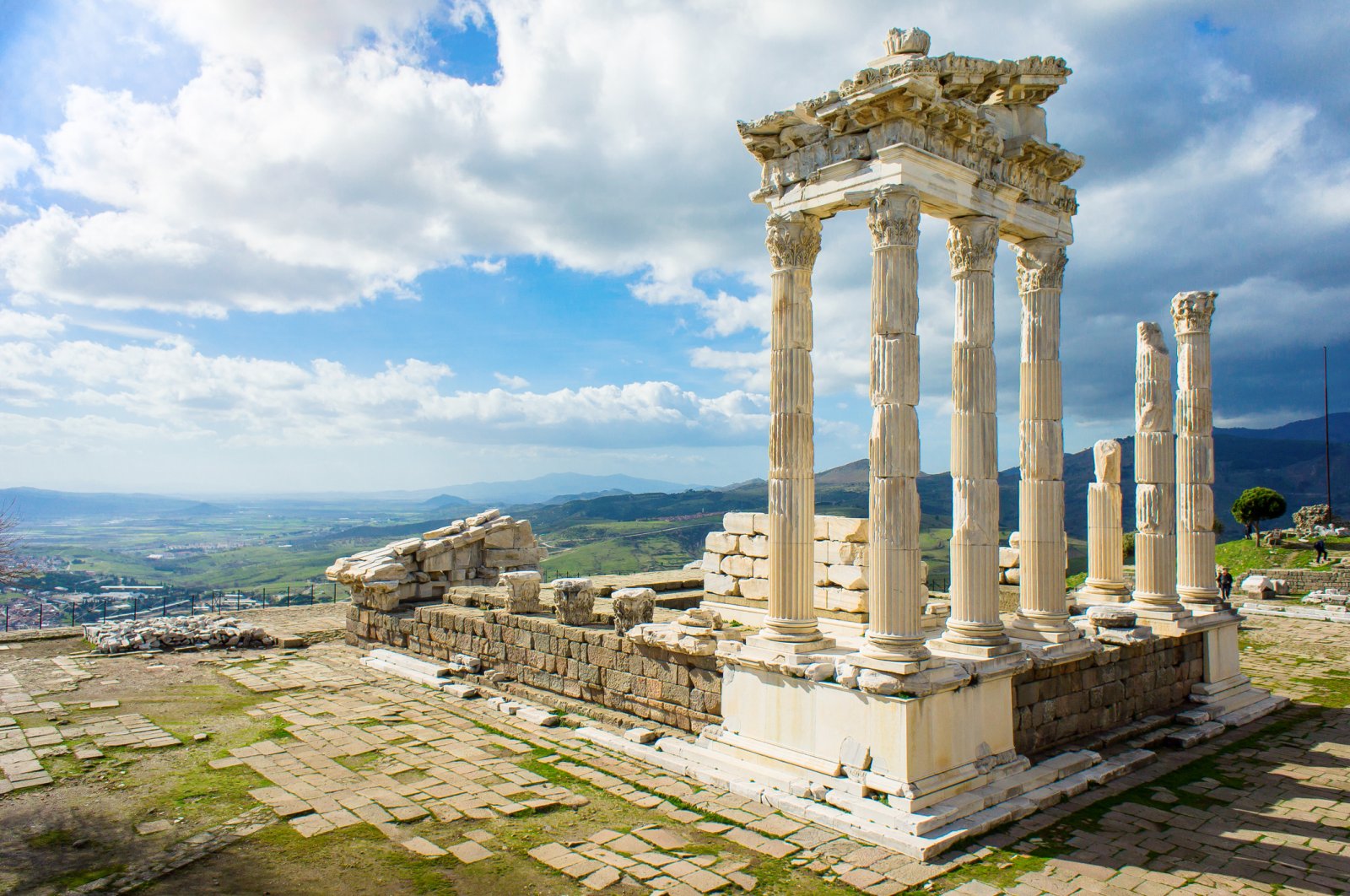 A multilayered cultural landscape with Hellenistic, Roman, Byzantine and Ottoman structures reflecting Paganism, Christianity, Judaism and Islam, resides in one ancient city on the Aegean coast of Turkey

If you are interested in discovering traces of ancient civilizations and seeing how people lived thousands of years ago, the ancient city of Pergamon should be one of the first destinations to add to your travel list.

Founded in the third century B.C. as the capital of the Attalids, the city of Pergamon (also called Pergamum) is located 26 kilometers (16.2 miles) from the coastline of the Aegean Sea on a foreland on the north side of the river Caicus (modern-day Bakırçay) and northwest of the present-day Bergama district of Izmir province in western Turkey.

The remains of the city were first discovered in the 1870s by German engineer Carl Humann.

Pergamon was home to an amphitheater that could seat 50,000 people and a theater for 30,000 people, the second largest library in the ancient world as well as the first hospital – just some of the reasons why it's definitely worth a visit.

Today, only Viran Kapı (Ruined Gate) stands as the surviving arch of the theater.

Theater and library of Pergamon

The well-preserved Theater of Pergamon dates back to the Hellenistic period and has 78 rows of seats. At a height of 36 meters (118 feet), it is the steepest of all ancient theaters. The seating area (koilon) is divided horizontally by two walkways, called diazomata, and vertically by 0.75-meter-wide stairways into seven sections in the lowest part of the theater and six in the middle and upper sections.

The Library of Pergamon was the second largest in the ancient Greek world after the Library of Alexandria, containing at least 200,000 scrolls. The location of the library building, however, is not certain. Built by Eumenes II between 220 B.C. and 159 B.C, and situated at the northern end of the Acropolis, it became one of the most important libraries in the ancient world. The library consisted of four rooms, the largest of which was the main reading room, lined with many shelves. A 3-meter statue of Athena, modeled after her statue in the Parthenon, stood in the main reading room.

Home to many civilizations

Pergamon was inscribed on the UNESCO World Heritage List in 2014 with its outstanding historical value. The prehistory of Pergamon reaches back to the second millennia B.C. The resilient ancient city survived Persian domination and the conquest of Alexander the Great. During the Hellenistic period, it became the capital of the Kingdom of Pergamon under the Attalid dynasty in 281 B.C.–133 B.C. The Attalids transformed it into one of the major cultural centers of the Greek world during their rule.

Many remains of its impressive monuments can still be seen, especially the outstanding masterpiece of the Pergamon Altar. The structure is around 35 meters wide and 33 meters deep; the front stairway alone is almost 20 meters wide. The base is decorated with a frieze in high relief showing the battle between the Giants and the Olympian gods known as the Gigantomachy. There is a second, smaller and less well-preserved high relief frieze on the inner court walls which surround the actual fire altar on the upper level of the structure at the top of the stairs.

Another ancient monument that will definitely get your attention is Asclepion, a famous ancient medical center of the Roman world. The center had baths, temples, a theater, a library, treatment centers and latrines in its heyday.

During the Roman period, Pergamon maintained its significance and became more developed, soon becoming one of the largest cities in the province and had around 200,000 inhabitants. With the division of the Roman Empire in the late fourth century A.D., Pergamon became part of the Byzantine realm. Since then the city became less important over time; however, the seat of a bishopric was established here, and several churches were erected.

In the early 14th century A.D., Pergamon was conquered by the Seljuks and then absorbed into the Ottoman Empire. After the arrival of the Ottomans, Pergamon experienced one more cultural adjustment, which is especially evident on the Bakırçay Plain. During this period Pergamon was provided with all necessary urban structures, including mosques, baths, bridges, khans, covered bazaars and arastas (Ottoman markets) and water systems overlaying the Roman and Byzantine settlement layers.

“Pergamon is a testimony to the unique and integrated aesthetic achievement of the civilizations. It incorporates Hellenistic, Roman, Byzantine and Ottoman structures, reflecting Paganism, Christianity, Judaism and Islam; preserving their cultural features within the historical landscape,” UNESCO said on its website.

After walking around thousands-of-years-old monuments you might want to take a closer look at the unique historical artifacts that were discovered during excavation works in the ancient city. Although a lot of important ancient monuments of Pergamon were transported to Pergamon Museum in Berlin in 1870, there are still dozens of historical artifacts displayed in the Bergama Museum that are worth seeing. Most notable among these are sculptures of Pergamon school, items from Pitane and Gryneion and terra-cotta from Myrina.

Besides its rich historic and cultural heritage, Bergama is also known for its breathtaking natural beauty. You might want to take a walk along the hiking trails of the district and discover the most beautiful places dotted with ruins and rural landscapes, which can be a great spot for a nice picture.

When you are done with Bergama district and if you still have some free time left, you could check out other historical and natural attractions in Izmir province.

One of the most popular ancient cities of Turkey, Ephesus, is located near the modern-day town of Selçuk and is also worth a visit. It was built in the 10th century B.C. on the site of the former Arzawan capital by Attic and Ionian Greek colonists and is famed for holding many monumental buildings, including the Library of Celsus and a theater capable of holding 25,000 spectators.