World heritage in Turkey: Troy, the ancient land of wars, myths and legends 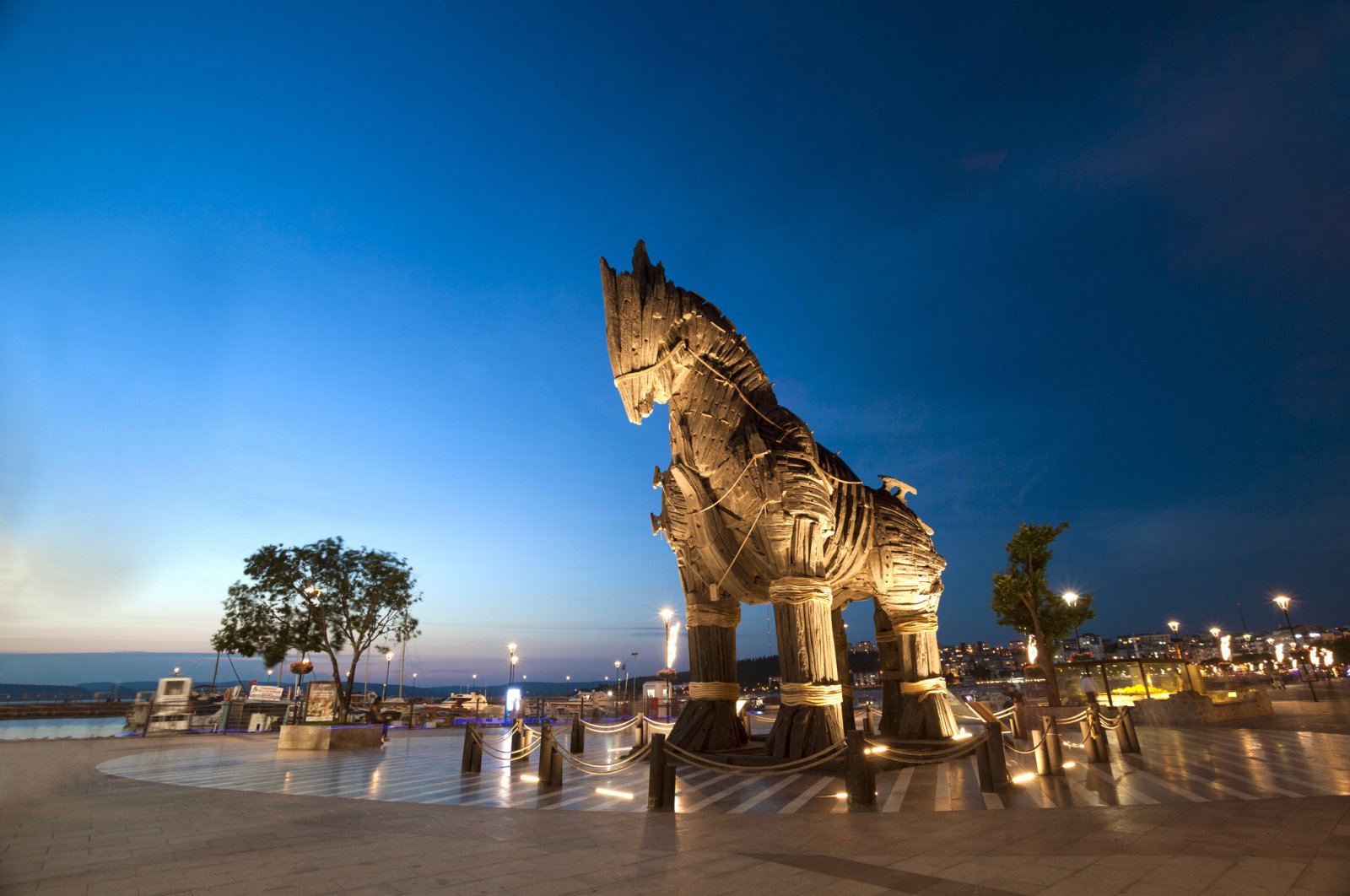 Perched atop the hill of Hisarlık, overlooking the Aegean coastal plain in northwest Turkey, the 4,000-year-old ancient city of Troy is without a doubt one of the most famous archaeological sites in the world.

Imagine a city so magical, so mythical in essence that it even became the subject of ancient Greek poet Homer's famed epics "The Iliad" and "The Odyssey."

Even if you don’t know where the ancient city of Troy is located nowadays or are not that familiar with its long, bloody, mythological history, chances are you have watched the 2004 epic war drama “Troy” – you know, the one where Orlando Bloom plays Trojan prince Paris, Brad Pitt portrays the mighty demigod Achilles and Diane Krueger is the beautiful Helen, the beauty who sparked the great Trojan war.

Yes, the one where the Greeks (Achaeans) and Trojans "launched a thousand ships into the sea," sparking a war that spanned years, over a single woman.

How exactly did this war start, according to myths anyway?

It all started with a prophecy and the first beauty contest ever in history. While Hera, the goddess of marriage and birth and queen of gods, Athena, the goddess of wisdom and war, and Aphrodite, the goddess of love and beauty, fought over who the fairest of them all was, Zeus came up with the novel idea of making a mortal the judge of that to ensure lasting peace in Olympus. Paris, the prince of the Trojans, was dealt a tough task. Each goddess offered him things he just could not refuse: never losing a battle in war, endless wisdom and power and so forth. However, Aphrodite bribed him with the promise of giving him the most beautiful woman in the world, Helen of Sparta.

The problem was that Helen was already married to Menelaus, the king's brother. And when Helen ran away, all hell broke loose, with the ensuing battles and invasions lasting a decade.

The dragged-out war finally came to an end when the fearless Spartans built their famous ploy – the big wooden horse they would present as a peace offering. Trojans, unknowingly and naively, brought it inside their city walls, falling for the bloody trap set by a bunch of soldiers hiding inside of it.

Although this story/legend and its authenticity is still debated, the city itself, the one located in modern-day Çanakkale, at least, has an extraordinary heritage dating back a few millennia.

Built layer upon layer, every handful of soil from Troy tells thousands of unique stories. To date, the ancient city has many layers, named from zero to 14 and among all the archaeological and structural layers unearthed, excavations have stumbled upon house foundations, theaters, public bathhouses, numerous artifacts as well as a sewage system with technology ahead of its time. The city has witnessed so many civilizations that every few years new discoveries crown with glory their finders. Most recently, archaeologists found that the area was inhabited long before we had originally thought – about 600 years earlier.

In Troy, new cities rose from the ashes of their predecessors, only later to be repeatedly destroyed. This lasted until Roman times. All good things must come to an end. Troy was eventually consumed by blood and fire; its defenders were slaughtered and cities went up in flames.

Troy has always been a significant reference point for several civilizations. From the early days of Greek mythology all the way to European culture, Troy’s influence can be seen everywhere – the Caucasus, Persia and Anatolian civilizations, etc. Even Rome and Paris’ founding carries traces from the great Troy.

Like any other thriving ancient city of the past, Troy, too, was a key port of trade and hence a center of flourishing dialogue between the East and the West. Add these features to its strategic location, overseeing the Dardanelles Strait and close to the Byzantine capital, it also became the land of wars and fire.

After fading into insignificance around 500 B.C., the city remained lost but not forgotten. And about 200 years ago, a man drove a shovel into the earth with his childhood dream of finding the city that remained only in memories.

The person to uncover this mystery, and the first person to establish whether such a city even existed to prove it was not just a myth, was German businessman Heinrich Schliemann. In 1870, he undertook the first excavations in the area, stumbling upon what is thought to be Layer 1. His efforts were so groundbreaking that they permanently solidified his presence among the pioneers of archeology.

Years later, with more and more excavations shedding light on the city (more like 10), it was eventually inscribed to the UNESCO World Heritage List in 1998.

Aware of the city’s ancient roots and rich cultural heritage, Turkey even declared 2018 as the "Year of Troy." It also coincided with the 20th anniversary of the ancient city's recognition as a UNESCO World Heritage Site.