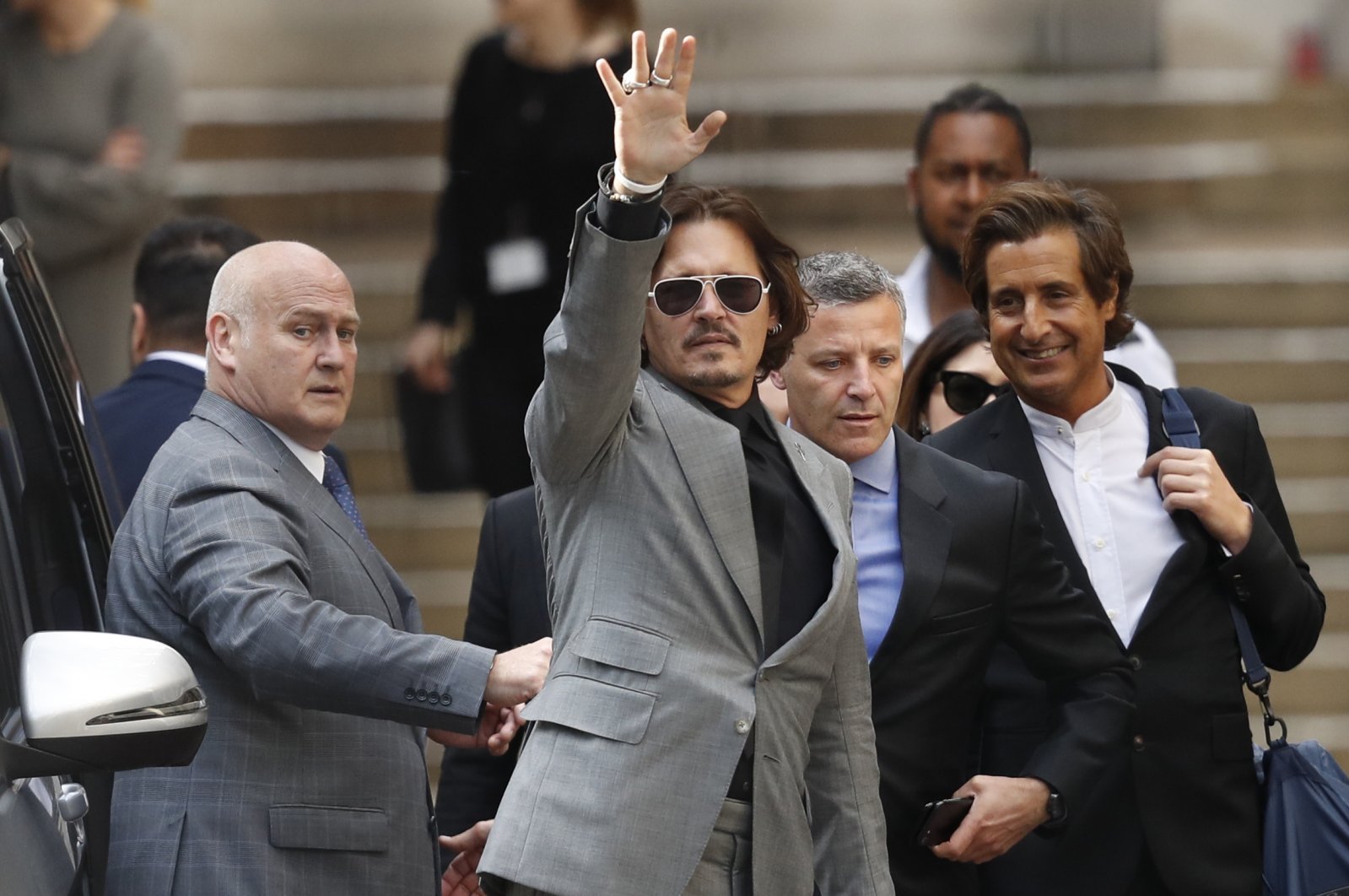 Britain's High Court has ruled against Johnny Depp in his libel action against the owner of the Sun tabloid over allegations that he was a “wife beater.”

In a ruling Monday, Justice Andrew Nicol said Depp has “not succeeded in his action for libel.”

Though Nicol said Depp had “proved the necessary elements of his cause of action in libel,” the defendants had shown that “what they published in the meaning which I have held the words to bear was substantially true.”

Depp sued News Group Newspapers, publisher of The Sun, and the newspaper’s executive editor, Dan Wootton, over an April 2018 article that accused him of assaulting his wife Amber Heard.

Elaine Charlson Bredehoft, Heard's U.S. counsel, said in a statement that the verdict is “not a surprise” for anyone who followed the trial in the summer.

“Very soon, we will be presenting even more voluminous evidence in the U.S.," she said.

Depp is also suing Heard for $50 million in Virginia over a Washington Post story about domestic violence. The trial is due to be held next year.

Both Depp and Heard spent several days in the witness box during the three-week trial in July, giving irreconcilable accounts of their volatile relationship. The pair met on the set of 2011 comedy “The Rum Diary” and married in Los Angeles in 2015. They separated the following year and divorced in 2017.

Heard, 34, testified as the main witness for the defense, saying Depp turned into a violent alter ego he dubbed the “Monster” when under the influence of alcohol and drugs. She alleged 14 separate incidents between 2013 and 2016 in which he hit, slapped and shoved her, pulled her hair and threw bottles at her. The alleged assaults took place in glamorous settings including the couple’s luxury penthouse, Depp’s private island in the Bahamas and an executive jet.

Depp, 57, branded the allegations “sick” and a “hoax” and claimed Heard was the aggressor during their relationship. He claimed that Heard hit him, even severing the tip of his finger with a thrown vodka bottle during an altercation in Australia during filming of a “Pirates of the Caribbean” movie.

Depp acknowledged heavy drug use, saying he took marijuana, cocaine, ecstasy and magic mushrooms and became addicted to opioid painkillers. But he denied that drugs made him violent.

“I am certainly not a violent person, especially with women,” he said.

Heard insisted she was telling the truth and said she had spoken out reluctantly.

“What woman has ever benefited from being a victim of domestic violence?” she asked in court.

Depp’s lawyer, David Sherborne, accused Heard of wrongly donning the mantle of the #MeToo movement and called her “a wholly unreliable witness and frankly a compulsive liar.”

Both sides offered testimony from friends and former employees to back their version of events and the judge must decide which account is more credible.

The decision is a big blow personally and financially to Depp.

“The reputations of both Johnny Depp and Amber Heard are tarnished irrevocably,” said Mark Stephens, a media lawyer at the law firm Howard Kennedy, ahead of the verdict.

“I think that it’s going to persist, because whoever wins in this case, the way in which this case was presented, the issues that came up, particularly around gendered presentation of the case, I think that’s going to be studied for years to come.”