Want to kill each other? Working from home a real test for couples sharing workspaces 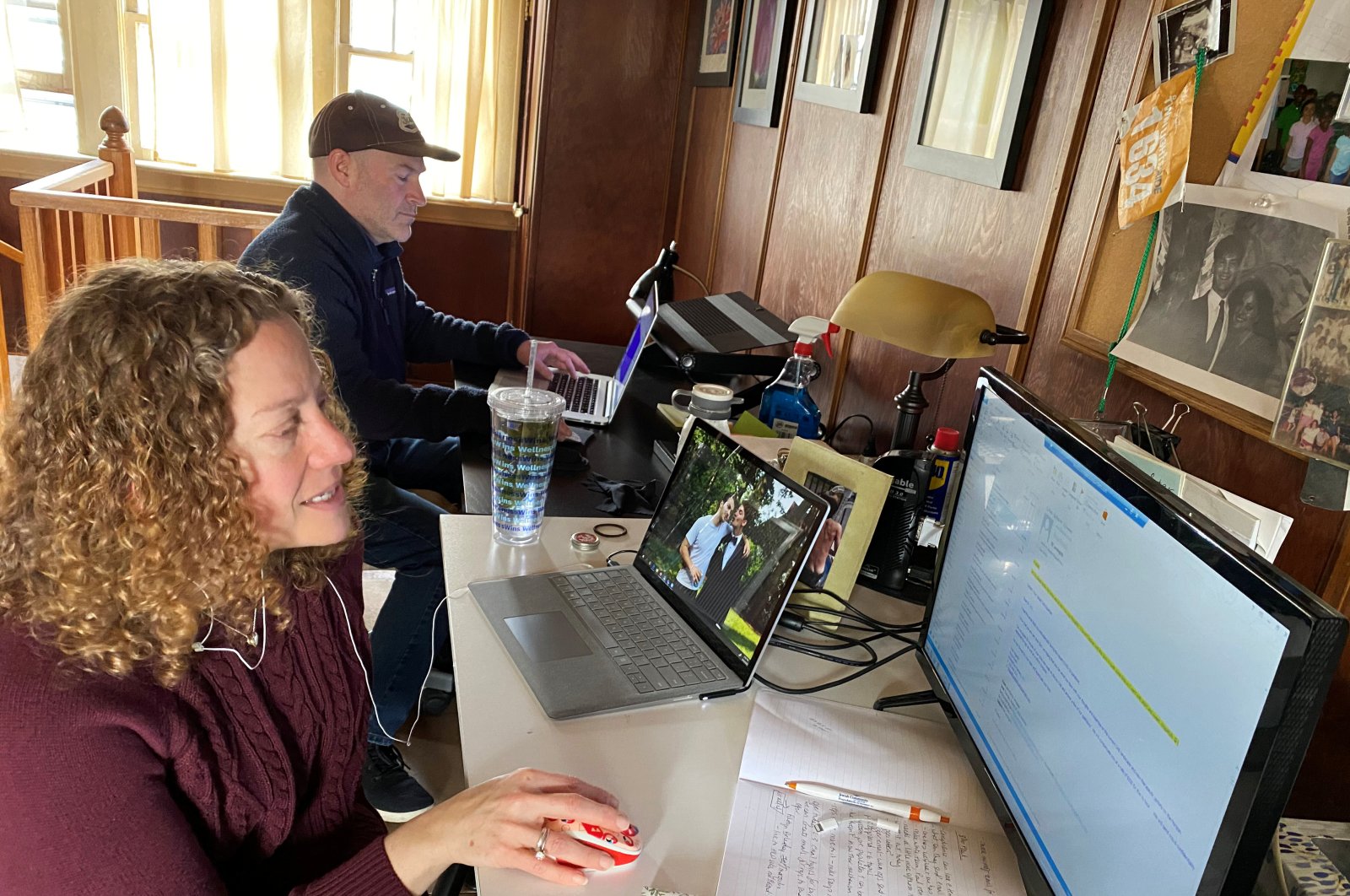 Before coronavirus shut his office, Scott Ford worked with his phone in one hand and chatted with his dozens of co-workers as he paced around their desks at Techstars, a startup accelerator based in Boulder, Colorado.

Now he sits across a shared desk from his wife, a proofreader for a publishing company, who demands total silence so she can focus on her job in their newly occupied home office in Superior, Colorado.

"I have no one to talk to, although she sits about 24 inches (61 centimeters) from me," Ford, 50, told Reuters in a phone interview.

"I'll read something and say 'Hey, can I tell you something?' and I'll break her concentration. It drives her crazy."

Coronavirus is really testing home life for an unprecedented number of couples forced to work at home, at times in close quarters. Especially nowadays when dual-income families have become the norm, thanks to more women in the workforce.

Couples who thought they knew their partners well are discovering some unsuspected work habits after being forced to share the home office. A meme making the rounds on social media has suggested couples working at home invent an invisible colleague, then blame that colleague for bad behavior such as leaving dirty coffee mugs around the house.

"You have to find ways to build in some distance even if you're in a small space," said Alon Gratch, a New York psychologist. "That could be by working with earphones and with agreed-upon rules that you don't interrupt each other's work."

Mark Berkley, 49, a software designer who needs quiet to concentrate, and his wife Susan Halper Berkley, 49, a loquacious executive at a medical communications agency, spent the entire weekend fixing up their attic home office in Maplewood, New Jersey, after their New York offices were shuttered by the coronavirus. But their shared workweek had a rocky start.

"I came up at 8:30 a.m., facing a deadline at 12 p.m. I was storming around, trying to get stuff done. I was relying on other people so I was annoyed, huffing and puffing," Halper Berkley said.

"Mark came up at 9 a.m. and was like, 'I totally can't concentrate. This is not working.' And took all his stuff downstairs," said Halper Berkley, whose house also is now occupied by two college-aged sons sent home from their shuttered campuses.

In Arlington, Virginia, a kitchen table now serves as a home office for Sarah Title, 29, a software company manager who lives in a one-bedroom apartment with her fiance Gavin Hilburn, 29, an IT support contractor for the U.S. Department of Veteran Affairs. Hilburn has been relegated to a kitchen countertop a few feet away.

"I could throw something and hit him. We're getting close to that," said Title, adding Hilburn starts his work-at-home days by turning on a televised sports event, muting it but "still, I can see it out of the corner of my eye."

Barbara Berger, a New York psychotherapist, said working couples must have "a really high level of cooperation with time outs and communication" to weather the coronavirus storm.

"A lot of this has to do with how they got along before this happened. You think you value your partner's work, but do you value theirs as much as you value yours? In a good relationship, that value exists to begin with," Berger said.