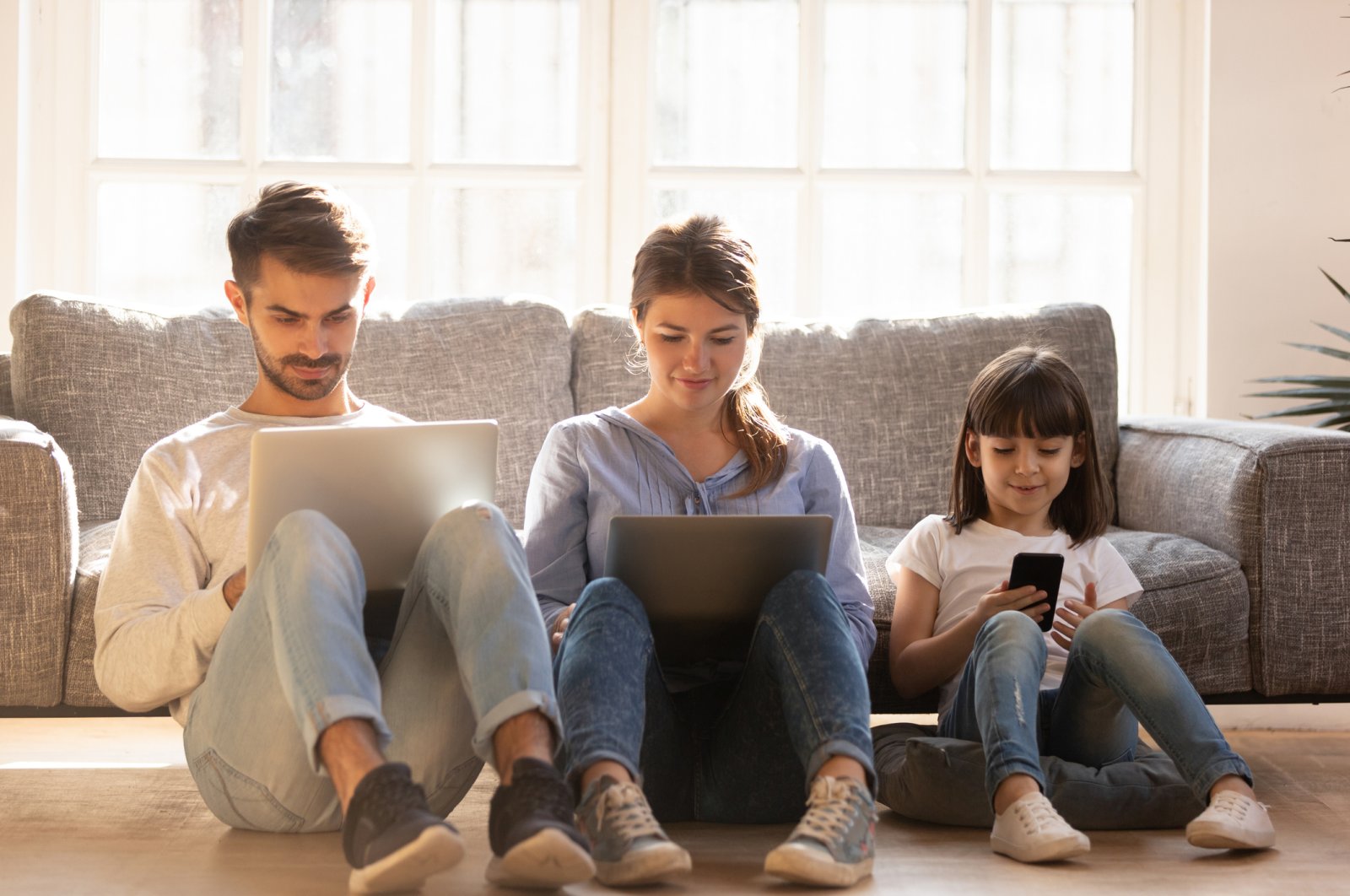 Monkey see monkey do: If you are constantly on your phone at home, it's natural that your kid will copy you. (iStock Photo)
by Anadolu Agency
Apr 05, 2020 9:51 am

Parents spending more time online while staying at home due to the coronavirus are setting a bad example for their children, according to experts.

Speaking to Anadolu Agency (AA), Betül Ulukol, the head of the Society for Children and Information Safety, said both parents and children are spending significantly more time using technology now that many are cooped up at home to curb the spread of the virus.

Parents are especially using chatting and messaging apps more and spending much more time scrolling social media applications than before, Ulukol stressed, adding that some now working from home also have to hold their meetings online.

Referring to recent research, she said while some studies suggest that computer or online games boost children’s imagination, others claim that excessively using electronic devices such as tablets and smartphones could limit children's overall development.

Mehmet Teber, a clinical psychologist and pedagogue, mentioned that some children have turned to online games during such times, spending hours and hours playing.

“Online games no longer serve as just entertainment material, but a way of life. Children may over-identify with game characters and lose their sense of self,” Teber said.

If a child starts to identify with a character in a game and sees them as one, this could be problematic, he said, suggesting that the child should stop playing games for a month.

Violent video games can also have a lasting impact on children’s psychology, he noted, giving some tips to parents about protecting their children from becoming addicted to such games.

“As a first step, don’t let your children play games on your phone. Secondly, don’t buy smartphones and tablets for your young children,” he said, also advising families to limit gaming time to two hours a day.

The World Health Organization (WHO) included gaming disorder on its list of behavioral disorders and mental health conditions in 2018.

Gaming disorder is defined as “increasing priority given to gaming over other activities to the extent that gaming takes precedence over other interests and daily activities,” according to the public health agency.