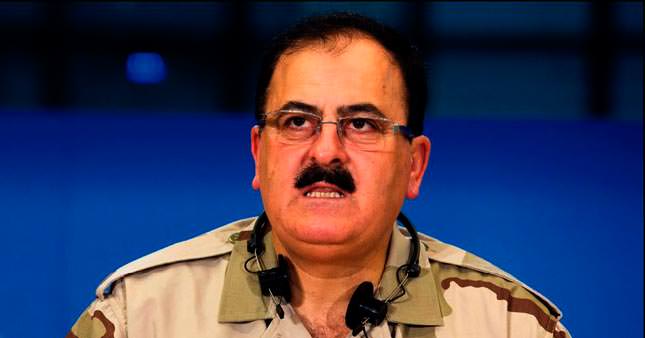 Division among Syrian opposition forces stirs concern as the Free Syrian Army faces a new challenge with a rift emerging between those loyal to Selim Idriss and his successor Abdullah al- Bachir. Tension also continues between rebel factions

After months of violent skirmishes between rebel forces in Syria, divisions deepened with a recent rebel leadership shake-up. The Free Syrian Army (FSA) said the recent changes were made to increase the effectiveness of the FSA, which has weakened lately after skirmishes with the Islamic State of Iraq and the Levent (ISIL), a formerly al-Qaeda-affiliated opposition organization.
Salim Idriss, Chief of Staff of the FSA was discharged and Abdullah al-Bashir, a favorite of the United Arab Emirates and Saudi Arabia, was appointed his replacement. Both Idriss and al-Bashir defected from the Syrian army to join the opposition. The Supreme Military Council (SMC) of FSA also appointed Heysem Ufeysi, who is known for his harsh criticisms of Idriss, the Vice Chief of Staff.
A group of commanders from the FSA released a statement expressing their disapporoval of the replacements made by the Syrian National Council, the umbrella organization of the Syrian opposition. They also noted the decision would cause disputes within the Syria Revolutionaries Front.
The deposition of Idriss, which is believed to have been in the works for weeks, coincided with the unsuccessful Geneva II peace talks between the al-Assad regime and the Syrian opposition. Following his replacement, Idriss announced he and other rebel leaders do not recognize the decision of the SMC. "The decisions of the SMC are personal, unlawful and in no way has a binding force on the General Staff," said Idriss. "Therefore, the Presidency of the General Staff decided to part company with SMC consisting of 30 personnel and Defense Minister of the provisional government" he added. Despite the criticism, the Syrian rebel's umbrella organizations defended their decision to replace Idriss. "This change is a result of the need for a more extensive leadership to gather all groups under one roof, Ahmed Jakal, a member of the National Coalition for Syrian Revolutionary and Opposition Forces told Daily Sabah. Jakal said, "The former Chief, Major General Salim Idriss duly performed his duties. However, with the newly-formed conjuncture in the Syrian revolution and Geneva II talks coming to a deadlock, reconstruction of the General Staff has become a need."
Jakal characterized Idriss as reactionary for releasing the statement. "One should not necessarily consider a change of position as a total suspension," continued Jakal. He stated, "Esteemed Idriss will certainly be in the struggle together with his companions and take charge. The Syrian National Coalition will continue to make some changes with the aim of serving the revolution in the best way...One should not take this change personally as the effort of anybody serving for this process will be appreciated. What is important here is to stop the massacre in Syria and enable 10 million refugees to return to their homes while the war criminals are punished." The FSA, whose formation was announced in 2011 after the anti-government protests started, is mostly composed of soldiers defected from the Syrian army. Although non-Syrian fighters joined its ranks, the FSA remained a force primarily made up of Syrians. As the conflict gradually evolved into an all-out civil war, new armed groups emerged in Syria, including the ISIL, which is known for its operations against other opponent groups rather than fighting against al-Assad's powers.
The ISIL was founded by Abu Bakr al- Bagdadi, the leader of al-Qaeda in Iraq, and aims to establish a caliphate throughout the Sunni-majority regions of Iraq. ISIL focused its operations on seizing frontier zones and oil reservoirs previously under the control of the FSA. Al-Qaeda Central's leader Ayman al-Zawahiri ordered the disbanding of the group after infighting with al-Qaeda's official affiliate, Nusra Front and diverted attention from the true struggle against the Syrian regime. ISIL also battled FSA-affiliated militias and severed ties with its fellow rebels after fighting the Northern Storm Brigade in the district of Azez in Aleppo, the most critical transit point between the Syrian border with Turkey and Aleppo. Both in the eyes of many Syrians and armed opponents of the government, ISIL is considered to be undermining the revolution by using tactics similar to the regime of al-Assad. As a result, rebels are experiencing a reliability crisis and foreign powers such as the United States are hesitant to support rebel forces out of fear arms and supplies will fall into jihadi hands.
Meanwhile, at least 15 people have been killed and 65 wounded in a car bombing that targeted a field hospital in the Syrian town of Atma near the border with Turkey on Sunday, activists in the area say. The explosion almost destroyed the hospital.